Shilpa Shetty wrote an appreciation post for her sister, Bigg Boss 15 contestant, Shamita Shetty. She said that her sister is ‘being accosted for having a heart’ and ‘viewed as privileged by some’.

Shilpa Shetty on Monday shared an appreciation post for her sister and Bigg Boss 15 contestant Shamita Shetty. Taking to Instagram, Shilpa shared a clip of Neha Dhupia asking Shamita about her journey on the reality show.

Shamita said in both English and Hindi,

I have felt depressed, extremely strong and many other emotions in this house.

One thing I know, this house makes you strong.

I’ve played my game with complete honesty. I’ve raised my voice about the right issues.” she added. 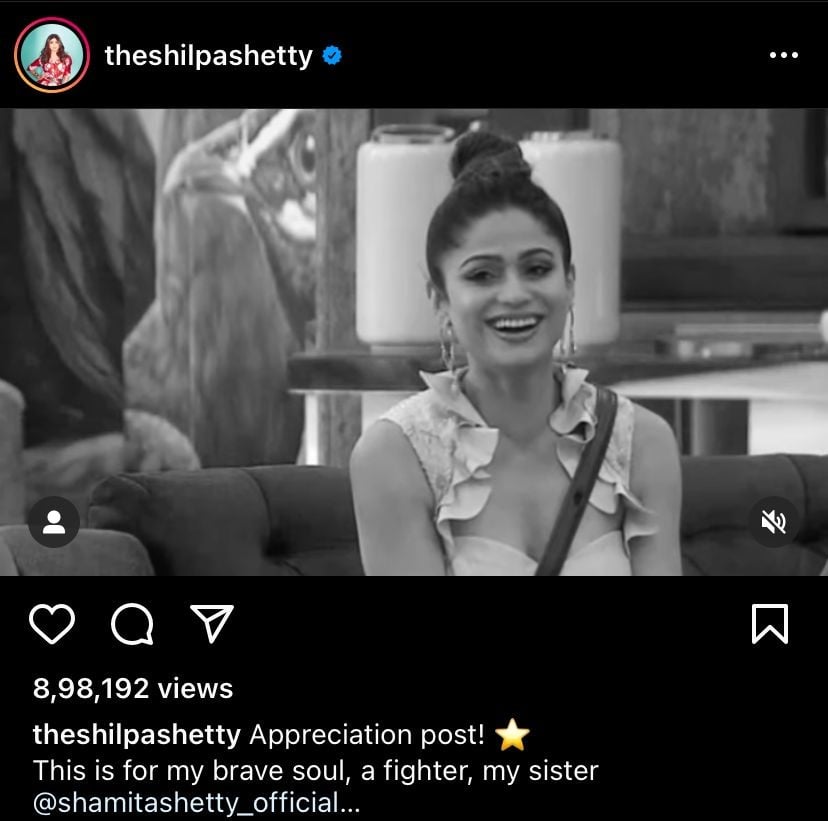 Sharing the post, Shilpa wrote, “Appreciation post! This is for my brave soul, a fighter, my sister @shamitashetty_official… It’s sad to see how some are misinterpreting Shamita’s behaviour as arrogant because ‘they think’ she’s privileged or is fake, and she doesn’t have an opinion (sometimes too opinionated actually), or doesn’t use her head only heart, which is untrue/rubbish! I say this without any bias and not just as a sister, but as a BIGG BOSS viewer too.”

She added, “I’ve never commented on the show, but while a lot of people have been commenting (good/bad/ugly) I felt like saying, being privy to this format as a participant and former host; I feel Shamita is being accosted for having a heart / being emotional and viewed as privileged by some, but IF she was, she wouldn’t be in this show trying to carve a niche for herself professionally.” 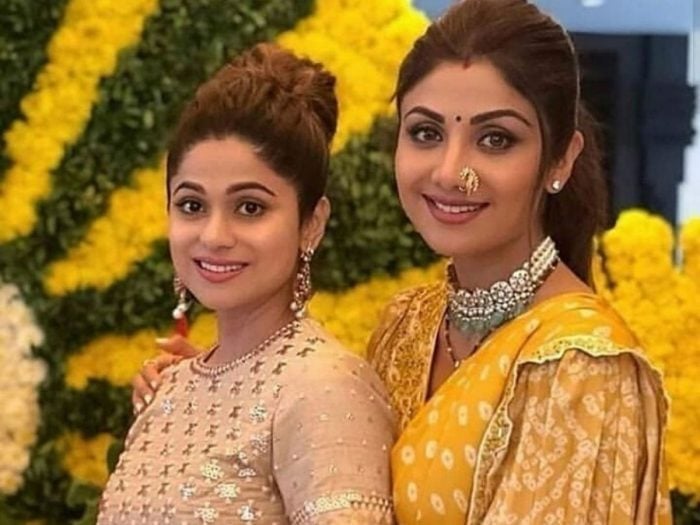 Shilpa asked everyone to support Shamita.

“You go, my Tunki, you are and will always be a #ShowstopperShamita. While she’s in the House and I miss her terribly. Guys, do support our Queen of Hearts and show her some love cause, she deserves it,” she wrote.