Before taking up Khatron Ke Khiladi 12, famous TV actresses and now participants in the stunt-based reality show, Shivangi Joshi and Jannat Zubair could not see eye-to-eye. The two were pitted against each other on many occasions. They had never shared greetings whenever they used to bump into each other at award shows or other events. But with Rohit Shetty’s show, things have changed between Shivangi and Jannat. Their rivalry is a thing of the past now. The two are now on good terms. 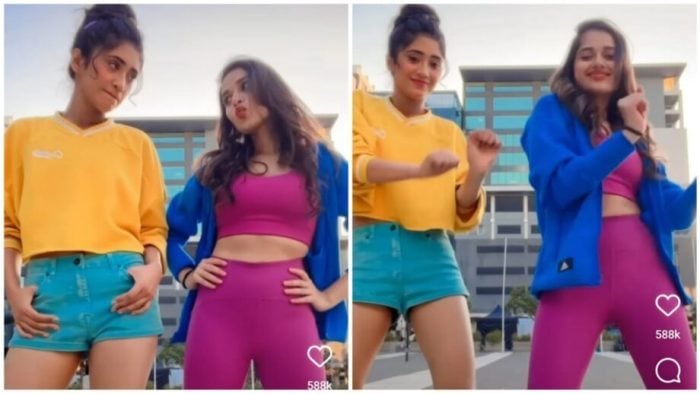 Shivangi, who made her fans proud by winning the first stunt in the ongoing Khatron Ke Khiladi recently got candid with a leading portal. Besides talking about her journey on the show, Joshi also spoke about her changed equation with Zubair.

When asked to share something about her journey in Cape Town, the actress said that the show broke many barriers for her. She has tried doing things she thought she would never do. Tagging the electric shock stunt as the scariest among all, Shivangi said that viewers will witness why she is saying so once the episode gets aired.

Khatron Ke Khiladi 12 is telecast on ColorsTV on weekends. The show has an amazing set of participants this year. The bunch includes famous names like Rubina Dilaik, Faisu, Mohit Malik, Nishant Bhatt, Chetna Pandey, and Pratik Sehajpal, among others.