The rumour mill around Shraddha Kapoor has been doing rounds recently. Although the actress loves to keep her personal life under complete secrecy, her outings with the photographer Rohan Shrestha have become a topic of speculation.  If rumours are to believed Shraddha is all set to marry this boyfriend of hers in 2020. Though Shraddha Kapoor has never admitted being in a relationship her friends from the industry dropped a major hint of her being in a relationship with Rohan Shreshta.  Read on to know more.

Shraddha Kapoor recently graced the cover page of the Grazia magazine August 2019 Edition. The actress looked resplendent in a red and white polka dot dress by Surbhi Shukla which was exactly in coordination with the theme of the magazine which was “throwback trends”. Though the magazine was one of its kinds but it gained attention for an entirely different reason. The cover photo is shot by none other than Shraddha’s rumoured boyfriend Rohan Shrestha. And her friends from the industry didn’t let go off the opportunity and Shraddha had to face some major teasing by Varun Dhawan, Masaba Gupta and others. 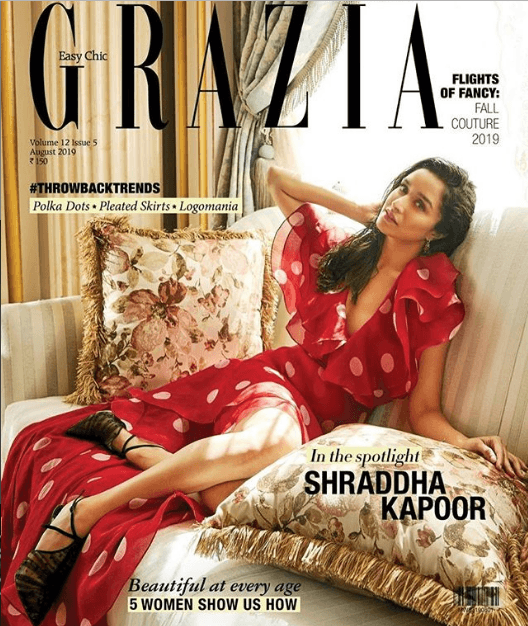 The photo was shared by both Rohan and Shraddha on their respective Instagram handles. And soon the Shraddha’s street dancer 3D co-star Varun wrote, “U have never shot me like this”. Celebrity designer Masaba Gupta wrote, “Aw you guys, why am I emotional seeing this cover”. Take a look at the screenshot of the same: 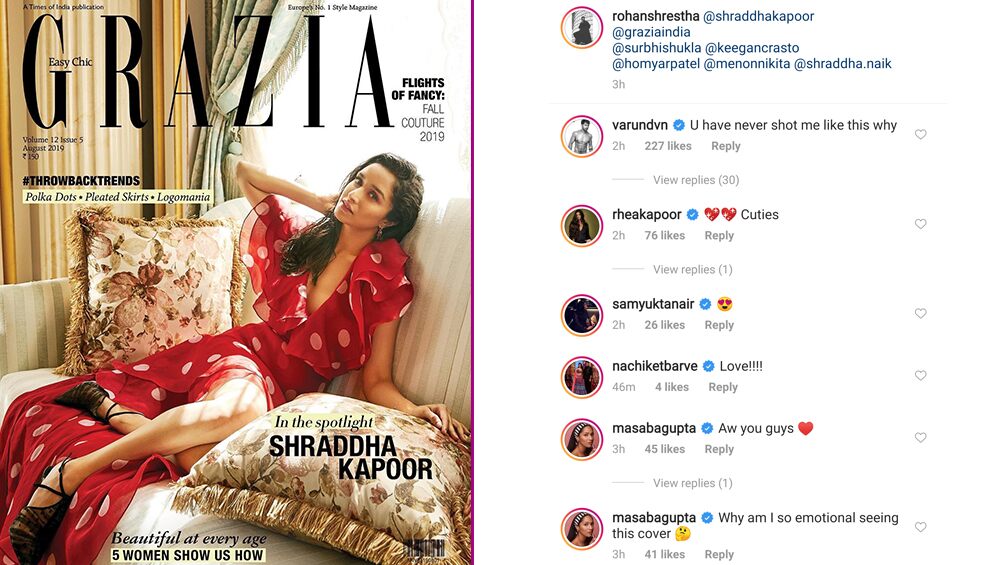 A while back the couple went on a mini-vacation to Antalya. And the pictures Shraddha shared on her Instagram created a lot of buzz back then. But when Shraddha was probed to speak about his affair with Rohan she chose to keep mum and deny such rumours. 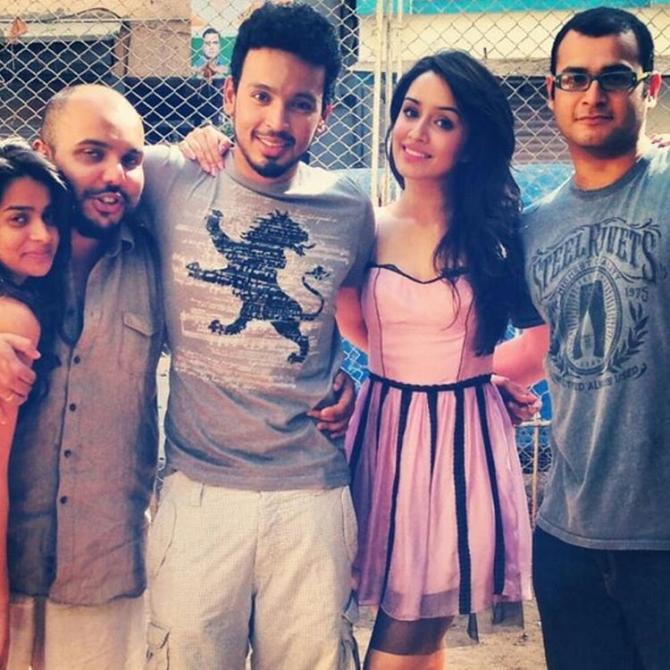 For the uninitiated, Shraddha was earlier rumoured to be dating her Rock On 2 co-star Farhan Akhtar. A media report had stated that Shraddha has asked Rohan to not work with Farhan in any of his projects. The media report can be read as, “Shraddha has forbidden her new steady date, photographer Rohan Shrestha, against working with Farhan. The lensman was supposed to have shot a campaign featuring Farhan but has bowed out of it.” Clearing the dating air surrounding them, Rohan in an interview in 2018 shared, “We have been extremely close for the last 9 years, but NO, I am not dating her. I met her at a party and we instantly hit it off. First impressions I definitely thought she was cute but have only remained best friends ever since.” 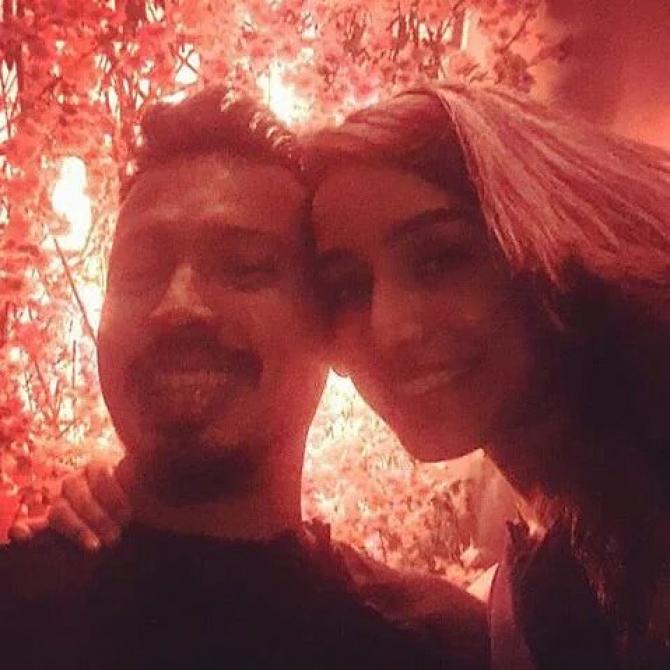 When Shakti Kapoor was asked to react on his daughter’s much-speculated 2020 wedding with Rohan Shrestha. He had stated, “Really? My daughter is getting married? Please don’t forget to invite me too, to the wedding!” He laughingly added, “Let me know where the wedding is, I will be there. I am the father and yet I have no clue. So, please let me know.” 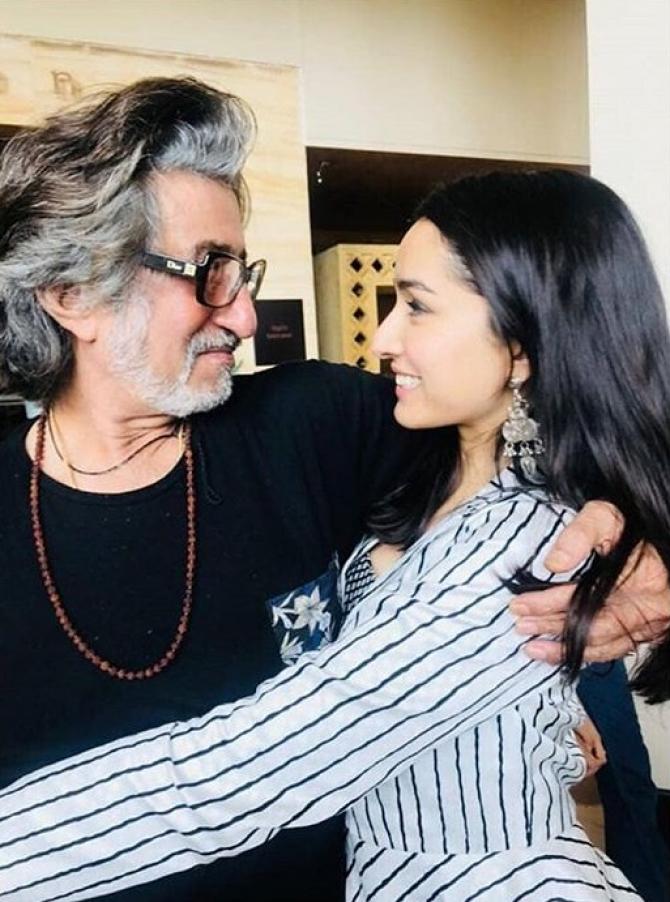 Nonetheless, Shraddha and Rohan are soon getting married and now that we have got a major hint about their relationship, are you guys ready?