Shruti Haasan; Says, “Cancel Culture Has Been A Representation Of The Society”

Shruti Haasan is considered to be the most talented actress in the film industry. She has worked in Tamil, Telugu and Hindi cinema. Over the years she got popularity for her films as well as several criticisms like others. Being a privileged child of filmmaker Kamal Haasan has always been an advantage for her. Well! you know they say every good thing comes with a price tag. In the film industry that price tag is called “Cancel Culture or Boycott Culture.”

Shruti Haasan Talks About Cancel Culture Before The Release

In an interview when someone asked Shruti Haasan about the boycott Bollywood campaign and the cancel culture of major Hindi films just before release, she was quick to point out that it’s not just film. She believes people need to take a step back and understand why they’re losing it. “Nothing we see is what it appears to be,” she says.

Overall, she says that the people who are being problematic and mean, they were also bullied. “This is bullying. This is happening.” She continues and points out that the cancel culture is an extension of bullying as well – exposing or attacking a group of people, and exposing or digging up dirt from the past. But we are seeing it because of Hollywood now, not just what’s happening on social media. The 36-year-old artist says this from experience, explaining that she’s been dealing with harassment in her life for decades.

“The film industry is glaring because it’s literally in front of our faces now, but people need to realise that this culture online reflects what’s happening in society as well,” she says about making bad choices, body shaming others and harming minds all around – where there is abuse around power and generational family conditioning for negativity.

The kind of hate that Shruti Haasan faces personally is vast. She has been called names such as “chudail” (witch) and she feels like the world is becoming an unnecessarily negative space. However, she’s determined to change all that and believes in herself. “Everyone is like ‘tu chudail jaise kapde kyun pehenti hai?’ And I respond ‘oh my God, I am a chudail’?” says Haasan. 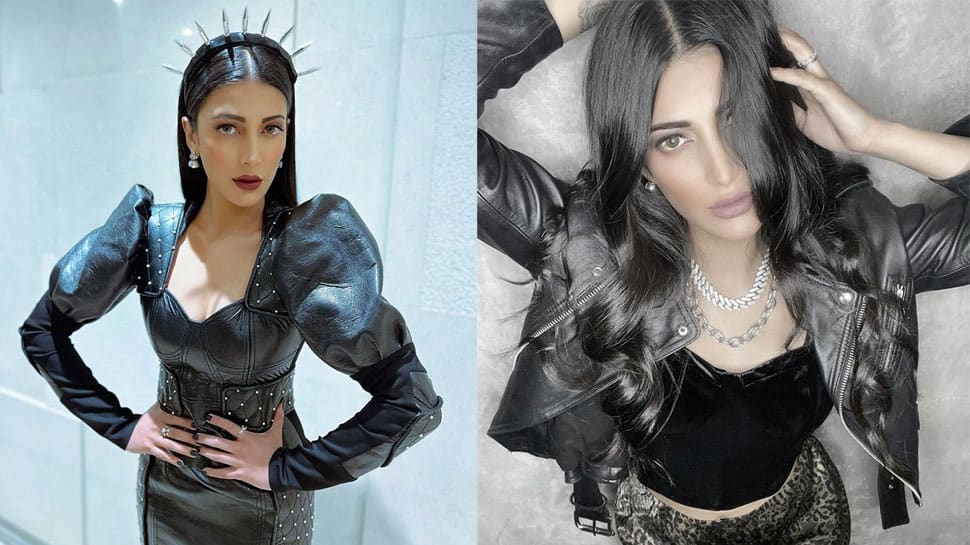 Shruti Haasan About Her Personal Life

In an interview Shruti was asked about her anxiety Issue to which she said, Yes, it almost crippled me. When I was first diagnosed with anxiety, I thought I could cope on my own. After years of struggle, it was in London that I turned to therapy and found answers to questions I wasn’t even willing to ask myself. If you’re struggling, too, then don’t be shy to find a therapist that can help you through this tough time. After all, your parents or friends aren’t certified professionals to help you deal with your problems. Professional guidance can really make a big difference in your journey towards recovery.

It took 10 years for me to find my way back through anxiety. The two things people always confuse as violent or noisy heavy metal music and MMA (Mixed Martial Arts) are the only things that helped me find balance during that difficult ordeal. It is completely understandable that celebrities can also have their downtime and these small things of Cancel culture can also affect them in many ways.