On their vacation in Italy, Sonam Kapoor and Anand Ahuja are spending quality time together. On social media, Sonam and Anand have always been open about their affection for one another. The couple frequently sends each other sweet photos and videos, which make their followers swoon. Continuing on this path, Sonam came to Instagram a few hours ago and uploaded a handful of videos with Anand as they enjoy their ‘baby moon’ before the arrival of their first child.

Sonam Kapoor and Anand Ahuja are expecting their first child this autumn, for those who are unaware. In the midst of all of this, the lovebirds flew to Italy to spend some quality time together. This vacation has been dubbed the ‘baby moon’ by the celebrity couple. Sonam recently released a video on her Instagram account in which she can be seen reclining with Anand, her back against his. She says “hello” as she moves the camera towards him, and he looks up. In her purple bikini, the soon-to-be mommy looks incredibly stunning. Her glowing skin from pregnancy is unmistakable. She was spotted without any makeup and with her long hair down.

Sharing the video, Sonam captioned the post, “Under the Tuscan sun.. with my (world emoji) @anandahuja #everydayphenomenal.” 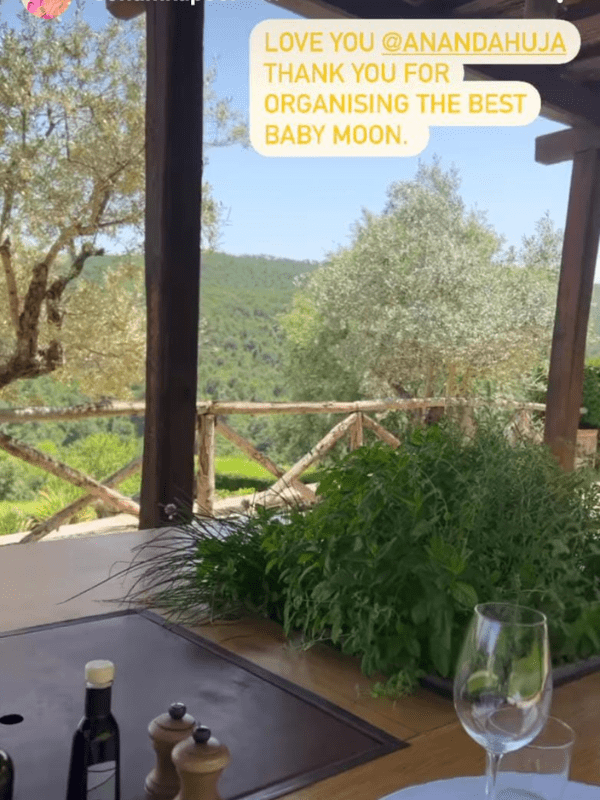 Sonam also praised her husband for organizing the vacation on Instagram’s story feature. In a video, they show the beautiful view from their stay. Sonam captioned it, “Love you @anandahuja Thank you for organizing the best baby moon.” In another story, she recorded herself smiling into the camera. The following video showcased Anand swimming in a pool as Sonam recorded him. She praised his swimming skills as she wrote, “@Anandahuja Swimming like a fish”.

For the uninitiated, Sonam and Anand married on May 8, 2018, in a lavish wedding. It was a glittering occasion that took place in Mumbai and was a magical wedding. Sonam and Anand have been dishing out huge relationship aspirations and painting the town red with their romantic passion ever since. Sonam and Anand are, without a doubt, a joy to see in one frame.