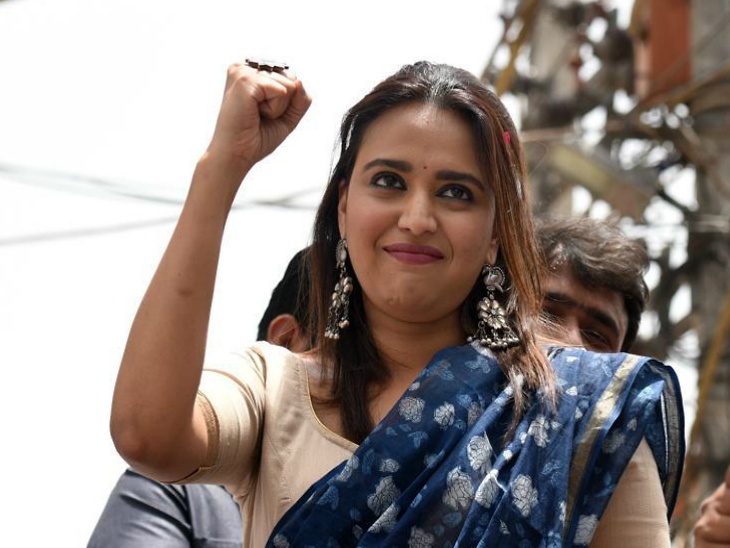 However, Swara Bhasker is now facing severe backlash on social media for referring to a four-year-old child actor as “chu**ya” and “Kameena” on the chat show “Son Of Abish”. A video spreading like wildfire on social media shows Swara using the swear words for a child actor with whom she worked within an advertisement shoot during her early days in the film industry. Apparently, Swara got angry because the child had addressed her as aunty.

For #Feminists, It Is Funny To Call A 4-Yr-Old Boy Ch*[email protected] And [email protected]@ ▪️And Then These Same People Give Endless Lectures On Equality, Empowerment, Blah Blah! ▪️Would She Be Spared If She Called Names Like This To A Girl Child? This Was Disgusting @reallyswara #mentoo #boychild #child #girlchild #childabuse #swarabhaskar #feminist #feminism #fakefeminism #feministart #feminazi #feminazis #antifeminism #antifeminist #bollywood

This didn’t go well with the netizens who thought Swara was being too abusive and is nothing but a hypocrite. Twitterati started slamming the actress no sooner that the video went viral, and the hashtag #Swara_aunty has been trending on the micro-blogging website since Tuesday morning.

@abishmathew do you think calling a chil chutiya & kamina is sense of humour. I used to adore u so much. After watching this, u have lost respect. #swarabhaskar #swara_aunty https://t.co/ytDJagGgQ5

Can this #swara_aunty be charged for abusing a 4 year old child ? Disgust me to the core&they call themself educated&sophisticated.I think she was a born moron when she was 4,kaun si min ki galti se yeh paida hui thi parents must be ashamed of her. You embarrass them as well 🤬

This Clip Speaks Volumes of Her Perverted & SickCharacter & these Mental Deranged CommieScums Have Audacity To Give Sermons on Intolerance Prejudice & Hatred pic.twitter.com/O7pi4l97hJ