Bollywood actress Swara Bhaskar often remains in the headlines due to her impeccable style. Apart from being in discussions, she remains very active on social media. Meanwhile, now the actress has shared some pictures of her house entry on social media. Actually, Swara Bhaskar has gone back to her redeveloped house after two and a half years. 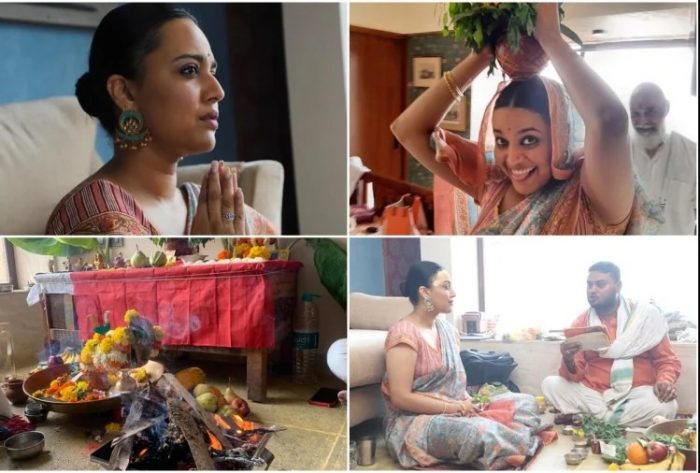 Regarding this, Swara said, “I have never done a leisurely puja at my home in Mumbai. This renovation also took a long time. Swara says in a post that, ‘2. 5 years and I am going back to my new old house. This is the first night in my own house since February 2019. I am feeling very blessed. All of our lives have changed during the pandemic. We have lost a lot, but there is still a lot for which we should be grateful.

The actresses have also shared many pictures of their house after the makeover with their fans. She also shared a picture of his favorite spot from the library, living room, and with his family. Swara Bhaskar has a deep relationship with trolls. She is often a victim of trolling on social media. In such a situation, once again the actress has come under the trolls’ target after sharing the photo of Griha Pravesh. One user wrote, today Bhaskar has grown in the west. At the same time, another user commented on Swara’s picture – Imitating Kangana throughout her life. Many people even wrote that a fatwa should be issued against Swara for the worship of Griha Pravesh. On the work front, Swara was last seen in the web series Rasbhari on Amazon Prime. Now she will soon be seen in Jahan Chaar Yaar. Apart from this, she will also be seen in the role of an investigating officer in Murder Mystery who finds a serial killer.