Actor Taapsee Pannu got upset with the paparazzi when they mobbed her and apparently asked her to talk about late comedian Raju Srivastava. Taapsee said, “Kya bolu (What shall I say)?” The 58-year-old comedian died on Wednesday after battling for more than 40 days in the hospital. 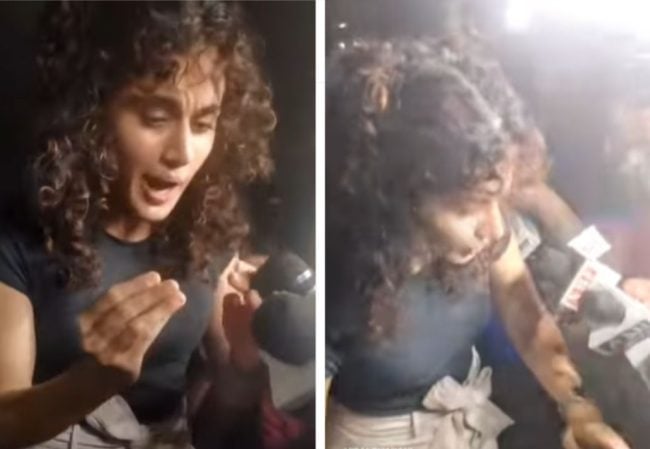 A person close to Taapsee spoke about Raju’s death when several people blocked her path. Taapsee said, “Aare bhai sahab, aap ek minute, aap ek minute. Aap hatiye, aap aese mat kariye, thoda hatiye, thoda hatiye, piche hatiye (Give me a minute. You please step aside, don’t do like this, move a little bit, step back).” She walked away after saying “thank you.” 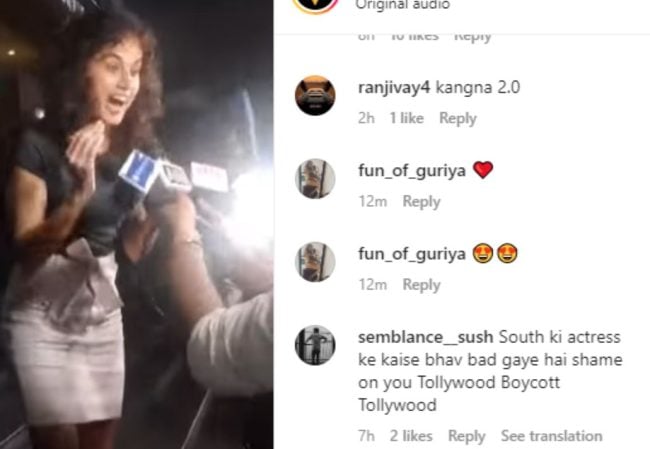 Taapsee got angry recently at the media when they said her film Dobaaraa ot negative comments from critics. She replied, “Chillao mat bhai, phir ye log bolege actors to tameez nahi hai (Don’t scream. Then you’ll say actors have bad manners).” When the reporter placed the negative campaign against her film, she said, “Kis film ke against nahi chalaya gaya (Which film did not face it)?”