On Sunday, actress Munmun Datta and Dilip Joshi attend the Indian Television Academy Awards (ITA). Munmun aka Babita Ji and Dilip aka Jetha Lal are working together in one of the most successful comedy shows ‘Tarak Mehta Ka Ooltah chashma’. In the show, Jethalal has a huge crush on Babita Ji and always tries to flirt with her. The show was running successfully for more than 14 years and is loved by the fans to date. 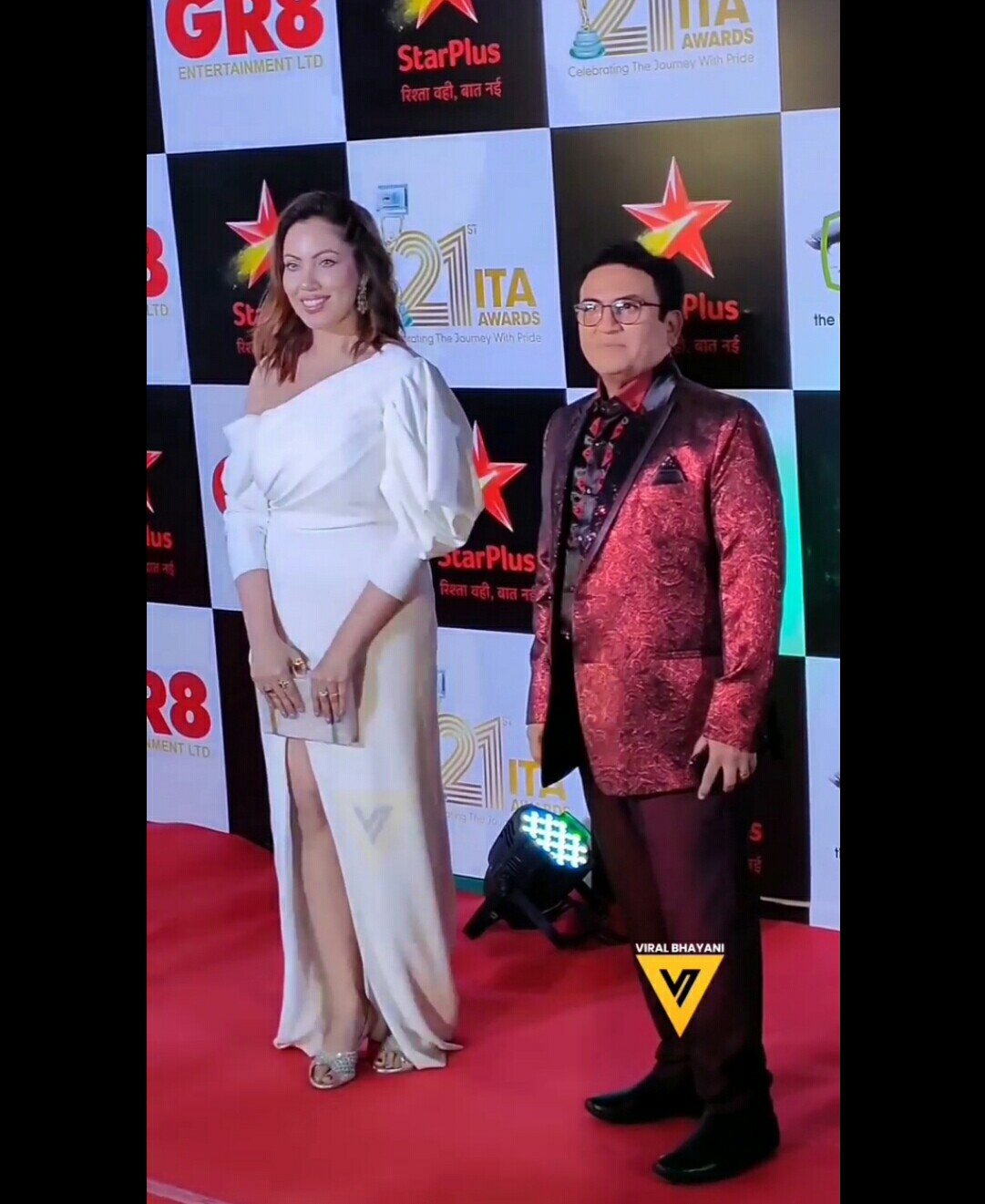 For the ITA awards, Munmun wore white a white, off-shoulder high slit dress. Dilip opted for a shimmery maroon outfit. On the red carpet, Dilip was spotted asking something to Munmun and she gestured with her hand. They both shake their hands and also pose for the paparazzi. While capturing Babita Ji and Jethalal together, the paparazzi becomes excited and amid hooting. Every one teasing them and passing sweet comments on both. As soon as the video was shared on social media, it get a dozen of funny comments from the fans. 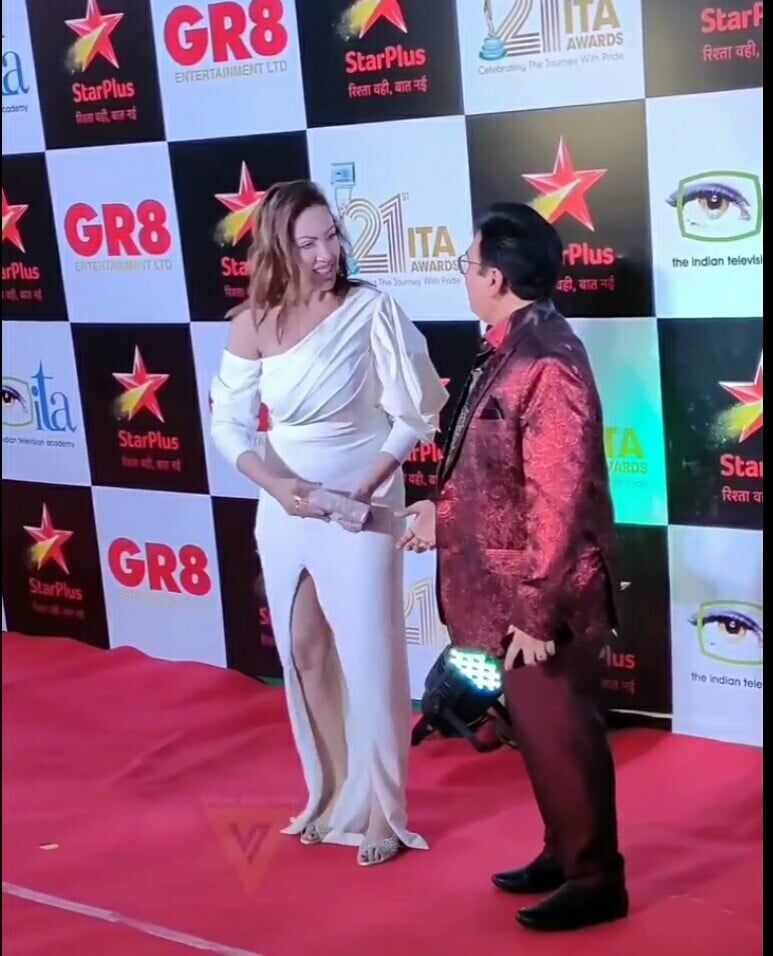 Tarak Mehta ka ooltah chashma is based on the weekly Gujarati column Duniya Ne Undha Chasma by late columnist playwright Taarak Mehta in Chitralekha magazine. Recently, the show has the heights as it is streaming on OTT platform Netflix as well. The is a cartoon based theme with the title ‘ Tarak Mehta ka Chhota Chashma’.