We are truly madly and deeply in love with Bollywood celebrities and everything they do excites our curiosity. What do they eat? What they wear? What is happening in their personal life? is what often grabs our attention. One of these beloved faces of Bollywood is SOTY 2 debutant Tara Sutaria. Tara was spotted together with Karisma Kapoor’s cousin and actor Aadar Jain at various occasions which gave rise to many speculations. Now Tara Sutaria has finally opened up on her relationship with Aadar Jain and if she has made anything official with him yet. Tara had stated, “I didn’t announce anything. Yes, we do spend a lot of time together and we go to restaurants and together we visit a few places as well. I can only say, he is special to me. We got to know each other since last Diwali. So yes, we are seen together and photographed together. We spend time together. I am sure we shall be photographed together even in the future as we will be moving out together…we shall be seen eating at restaurants or visiting some places.”

Tara Sutaria and Aadar Jain met through a common friend and it was Tara who broke the ice between the two. Earlier a report in Mumbai Mirror had quoted a source saying, “Tara is a friendly girl who quickly broke the ice and drew out the normally reserved Aadar. They share a lot in common.” This is not the first time that news about their blooming friendship had made it to the headlines. In August 2019, a report in Deccan Chronicle had claimed that Tara and Aadar were getting pretty close. A source close to the celebs had told the portal, “They are happy meeting at parties and spending time with each other rather than go out on quiet dinners which don’t’ turn out so quiet when the paparazzi start snapping.”

Tara Sutaria was earlier linked to her Marjaavan co-star Siddharth Malhotra. In an media interaction Tara had once said that Sidhhart is “cute” and “will make for a good boyfriend”. She was quoted as saying, “He’s super cute and sweet and I’m sure he will make for a great boyfriend, but I’m single!” In an interview with the Mumbai Mirror, Tara had stated, “Sid and I live close by so we hang out together. He’s very busy and so am I but it’s nice to have someone close by. We have a lot in common, he’s wonderful! We are friends- good friends.” 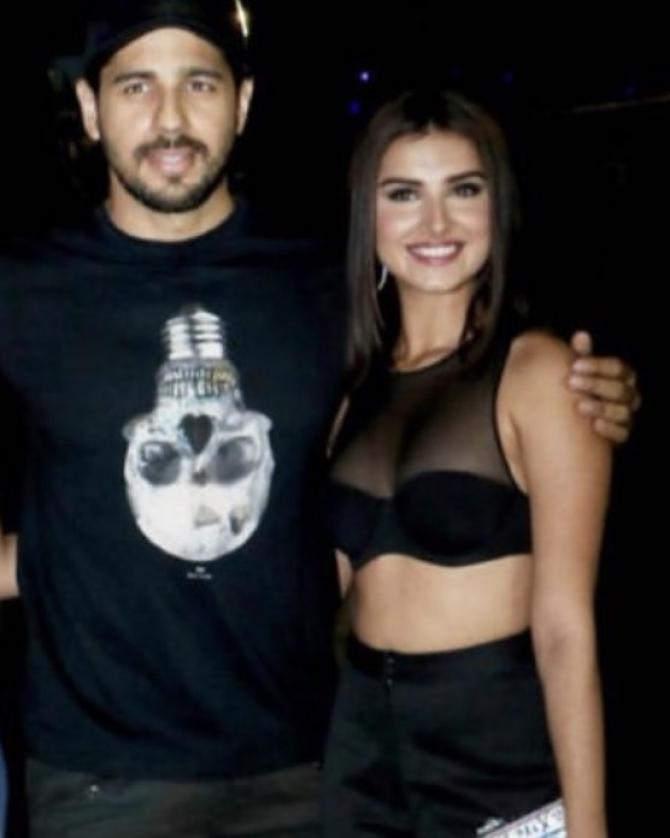 In an interview with Hindustan Times, when Tara was asked to address her dating rumours with Siddharth Malhotra she had said, “I guess it’s a part-and-parcel of our line of work. In fact, we were warned and told beforehand that we should expect it. As for Sid, he is wonderful and a sweet person. I am doing my second film [Marjaavan] with him. And that’s it. I think people care too much about our personal lives. And I said he is a good boyfriend material since someone had asked me that question specifically. I had said that ‘I am single’ and that I was sure he would make a lovely boyfriend.”

Aadar and Tara make for a lovely pair. What do you guys think?