Aadar Jain turned a year older on Friday and celebrated the day with his sweet girlfriend-actress Tara Sutaria. She shared Aadar’s birthday wishes on her Instagram account and referred to him as her ‘whole world.’ She shared a glimpse of the birthday celebration.

Tara Sutaria shared a picture in which Aadar is seen looking at his birthday cake with a smile on his face. On the table the cake was surrounded by several candles. She shared two childhood photos of him in the post and captioned it, “Happy Birthday, my whole (globe emoji).” She added an evil-eye amulet emoji too. 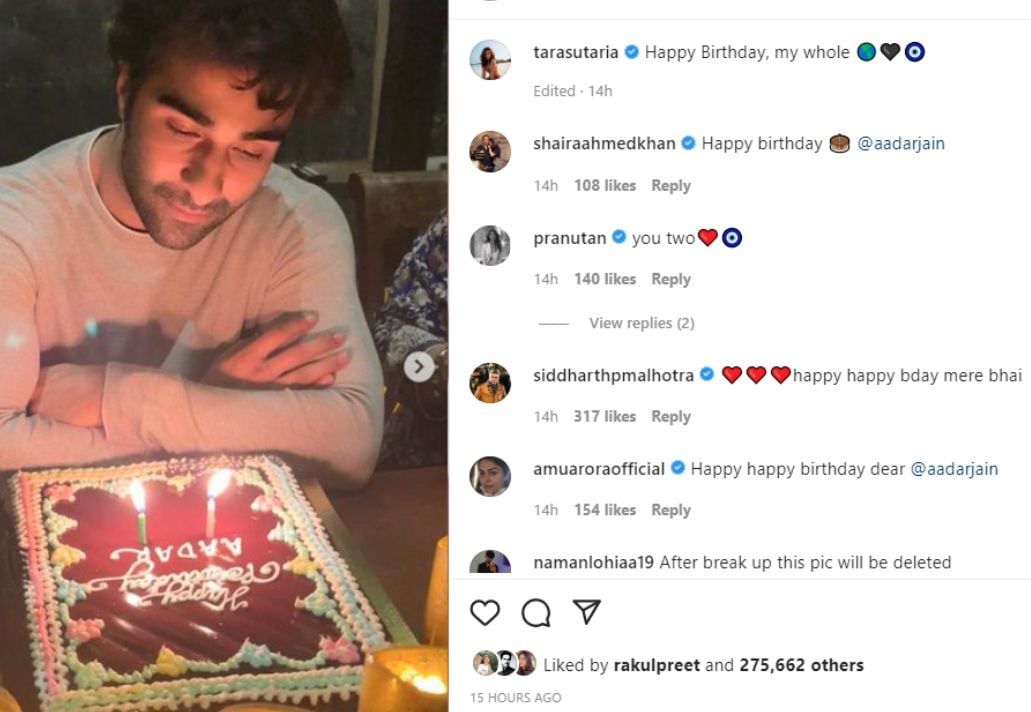 Aadar who is the son of Reema Jain and Manoj Jain and the grandson of Raj Kapoor received birthday wishes from several members of the Kapoor family. His brother Armaan Jain shared a childhood picture of him. Armaan wrote, “Happy birthday naanoo…keep smiling like this always….and more than anything wish us both ‘activities under one roof’ forever. Love you.” Kareena Kapoor wished, “Happy birthday to my handsome brother. Love you.” 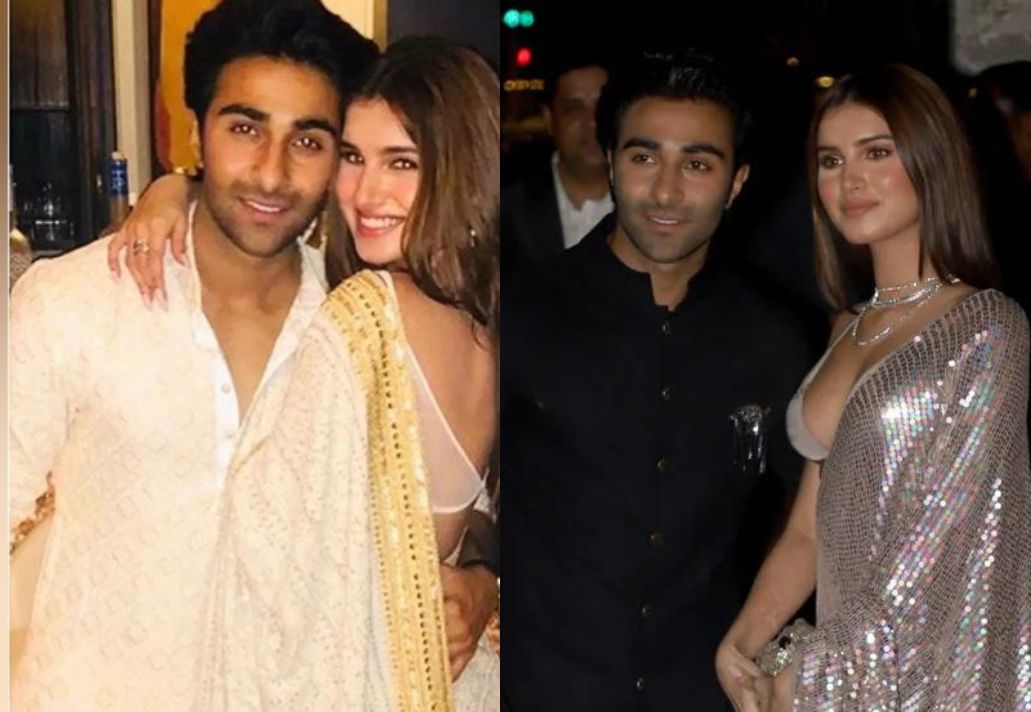 Tara confirmed the relationship with Aadar in 2020 through an Instagram post on his birthday. She shared a picture of them together. Tara wrote, “Ever thine, ever mine, ever ours!” And Aadar responded, “I love you” in the comments section.

Aadar made his acting debut in 2017 with the Yash Raj Film’s Qaidi Band. He was last seen in the April 2021 Amazon Prime Video film Hello Charlie. Tara’s last release was Ek Villain Returns, in which she starred opposite Arjun Kapoor. Disha Patani and John Abraham are there in the film. On 29th July, the film was released in theaters.