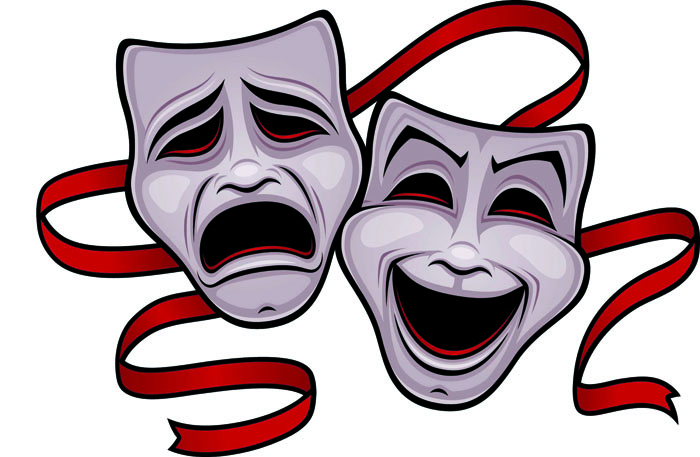 The art of the copycat or the mimic is one of the most interesting and entertaining arts. Mimicry is an audiovisual cartoon. People who are able to mimic are very popular and are admired. They become the soul of any party instantly. Literally mimicry means imitating or copying any action or speech.

Usually, people mimic the cries of animals like the barking of a dog or the mewing of a cat. This seems to be the easiest thing to do. Some go a little further and imitate men and women like political leaders, film actors and others. In offices, it is a common sight to imitate bosses. In schools and colleges, students imitate their teachers or lecturers.

On one occasion they had a big exhibition in Bengaluru. They brought an old man, shaved his head, made him wear a dhoti, gave staff in his hand and put Gandhi type spectacles on his nose and made him stand on a pedestal. The man would stand absolutely motionless for several minutes at a time and would relax a little just for a short while in between long spells of motionless sessions. When the governor paid a visit to the exhibition he was requested to garland the statue of Mahatma Gandhi. When his excellency stepped up on the pedestal and was about to place the garland on the neck of the statute, the statue moved forward and bent the head slightly. The governor was shocked. He never knew that the statue was actually a living person! 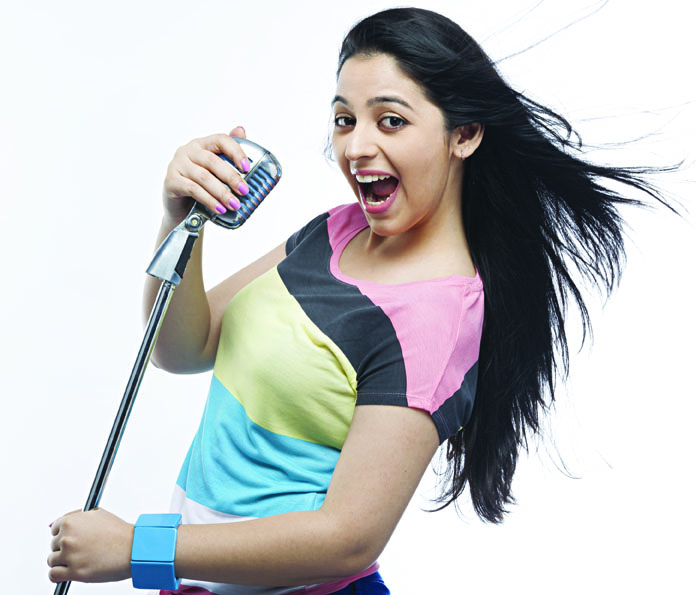 People in offices imitate their bosses, especially the not so popular ones. Sometimes some chaps encourage the mimic to give a performance aping a boss and then sneak and tell the boss that so and so made fun of him. The office mimicry usually goes on in the staff canteen. On rare occasions, the boss catches the mimic red-handed. Some good-natured bosses do not mind being mimicked. In our office, we had a colleague who could sing the simple nursery rhyme in the styles of Lata, Hemant Kumar, Rafi, Mukesh, and others. Can readers try singing Twinkle Twinkle Little Star in Lata’s voice with the tune of Yehzindagiuseekihai….?

Mimicry is not only a means of entertainment but also a way of earning a livelihood for some people. Sometimes beggars, especially child beggars, make use of mimicry in trains or other places in order to increase their ability to earn more alms. In this way, they do raise begging to a slightly higher level because they provide something in return for the money they are asking. The only thing is that there is no choice for observers. They are forced to see and listen to fun.

I remember as a college student in Chennai many years, ago I used to go to see movies. For popular MGR movies there always used to be long queues and we could invariably see some street children giving us an MGR fare. Readers will please recall that those were the days of MGR movies with sword fighting scenes in the film world of the South. When we had to go without seeing the movie because of heavy rush, we had to be satisfied with the mimicry they did Interestingly, quite a few child mimics have climbed the ladder of fame and become real actors on the silver screen.

Mimicry is a common item in school and college entertainment programs, social parties, picnics and so on. Nowadays we see a good deal of mimicry on TV also with lookalikes of Amitabh Bachan, Dev Anand, and others. In one instance we see a Dileep Kumar look-alike asking Amitabh Bachan-mimic, “Har film Mein Tumhara Naam Vijay Kyon Hota hai?” Talking of mimicry in films we remember Charlie Chaplain’s fantastic imitation of Herr Fuehrer in The Great Dictator.

The fancy dress competition in schools is a clear display of organized mimicry. It raises the art of the copycat to a high level of talent. The common subjects chosen by children for the occasion are a beggar, a policeman, Vivekananda, Spiderman and so on. Grown-ups also have fancy dress parties when they party with masks.

Children are good at imitating. We often find children imitating older persons like parents, teachers and the like. Many girls, play with their dolls by acting to put the role of mothers. Doting parents encourage small children to imitate film actors and take great pleasure in making the kids give a show when guests come home. But the pity is children sometimes refuse to comply just when the guest comes. But if after a great deal of persuasion and offering of sweets, they do make a beginning then another problem crops up. Can you guess what it is? Yes, the problem of stopping the show as the guest needs to go!

I am reminded of a funny incident. A teacher in a school was trying to teach the children the cries of different animals. “How does a crow cry?” she asked. “Caw, caw,” said Ganesh. Just then Pandu raised his little finger and asked for permission to leave. The teacher knew Pandu was a mischievous fellow and so she did not allow him to go. Turning to Uma she asked, “Uma, how does a lion cry?” Uma did make a good imitation of the lion’s roar. But Pandu again raised his little finger and it appeared that he really needed to go. But the teacher knew him only too well. She turned to the next student and the class had a fine demonstration of the braying of an ass. Then it was Pandu’s turn. “Pandu, show how a dog ………?” Pandu cut the teacher’s words and said, “Dog does like this” and he lifted his left leg did the job then and there! 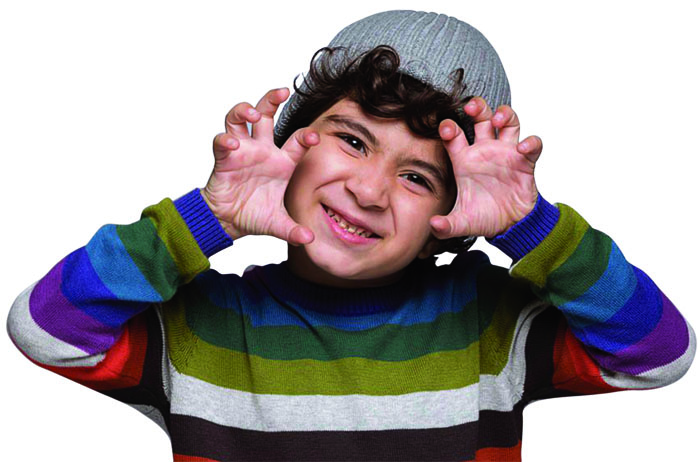 Miming is a special kind of mimicry. Mimeograph is a particular type of printing and surely the name must have come from the word mimicry.

Lives of great men remind us

We can make our lives sublime

And departing leaves behind us Footprints on the sands of time.

Writers, musicians, and painters are known to copy the style of accomplished persons in the line.

The disguise as art in drama and cinema is only a form of mimicry. How could Shakespeare have managed to write his comedies without the help of disguise?

This type of mimicry is known as impersonation. This is a favorite game of criminals and conmen. Many people impersonate telephone workers or electric repairmen and gain entry to houses and cause harm to innocent people, besides taking away cash and other valuables.

The new version of imitation

Not only do human beings mimic other humans and animals but animals also mimic. In fact, one of the words used to describe mimicry is ‘aping’ We recall the old story of the ‘sellers of caps’ which is familiar to all of us. But there is a newer version of the story which I would like to narrate to you. It seems that the seller of caps became old and handed over his small business to his son. When the son went on his first trip to the town to sell the caps the father told him how he had dealt with the monkeys who had snatched the caps from his bundle when he had fallen asleep.

So the son set out on his maiden business trip and as luck would have it, he too felt tired and fell asleep. The monkeys from the nearby trees came down, snatched the caps and wore them. When the seller woke up he saw all the monkeys wearing caps and grinning at him. So he did the thing which he was advised to do. He took off his cap and threw it on the floor hoping that all the monkeys would ape him and throw the caps. But nothing of that sort happened. Instead, a little monkey came down, snatched the seller’s cap from the ground and quickly climbed the tree saying, “Your father told you to throw the cap? Well, my father told me to snatch it!” Hi HiHeee!” 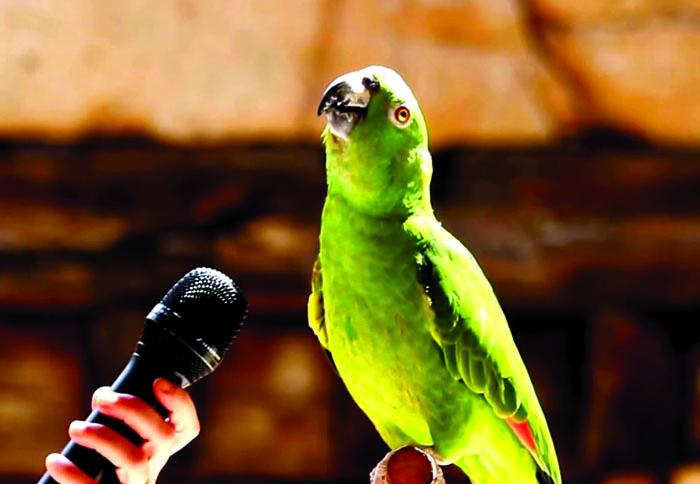 Another parrot story is about a person who went to buy a parrot at an auction. When finally his bid got him the bird he asked, “Are you sure this parrot is able to talk?” “Of course,” said the salesman. “Who do you think was bidding against you all the time?”

Most animals ape things as a matter of self-preservation. The chameleon changes colors according to the surroundings. Other animals which ape things are the praying mantis which looks like a bunch of thin sticks. It is said that some birds are good at mimicking the calls of other birds. It is possible that this is done as a means of attracting other birds of the opposite sex for the purpose of mating.

Mimicry, aping or the technique of the copycat is thus seen as a many-faceted thing. At its best when it is a creative art but at its worst when it is an abetter of crime.

Chikki of Lonavala It is nearly 150 years old.
Traditional Becomes Trendy Conventional cookware is back with a bang.
For the Love of Books The best companions.
Taste Bok-Choy A powerful superfood marching majestically ahead of spinach.