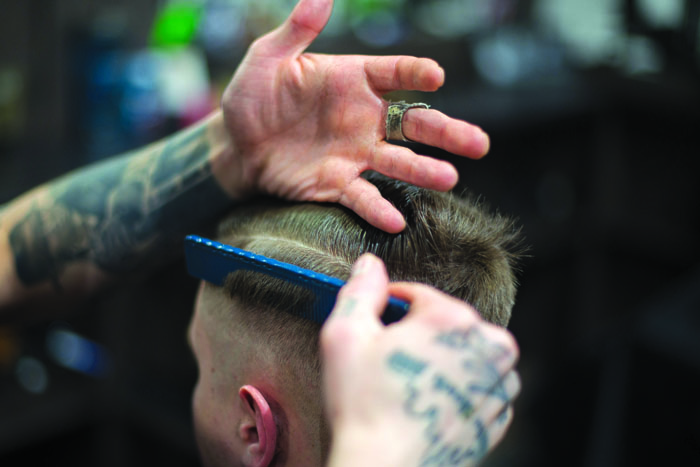 Haircut? Who does not need it, except the members of a community with whom I have the best of relationship. Haircut is the style in which someone’s hair is cut or it’s an occasion of cutting the hair. Women are also not far behind in getting their hair do.

Long hair was not allowed in the school. When I joined the college, there was no restriction either by my parents or by my principal. I am talking of the decade 1970. I remember having paid between

`10 and 100 for a haircut. But now the times have changed. I make it a point to have a haircut one day before my flight to Chicago. The reason is the conversion factor. During my strolls in the evening, I pass a lot of salons which are always fully occupied. I came to know that for getting a haircut, you need to take an appointment.  The charges varied from $ 10 to $ 70. When I checked online, I was happy to know that for seniors it was one dollar off. Also on some days (Tuesdays) it was one or two dollar off.

While in India I had never had a haircut on Tuesday but just to save a few bucks I did not mind breaking my religious belief. I had booked an appointment in one of the famous salons, a salon about five miles from where I stayed. Walking for such a long distance was out of the question.

a small fortune for a haircut

The best alternative was taking an Uber cab or going in a CTA Metra. When one enters a salon in the USA, one is greeted by a person who fills all the details about you on a computer. Coffee, tea and a few cookies and sweets are complimentary.  When I told that it was my first visit to that salon, they made my haircut free. Since my mail Id was shared to them, now when I am in India, I get their latest brochures and offers.

This time, I did not get my usual haircut in India a day before embarking on my flight to O’Hare airport in Chicago, the world’s busiest airport. I had made it a point to visit the same haircut salon after my jet lag was over. I had a nice shampoo, haircut and when the lady stylist asked me if I wanted to get my moustache trimmed, I politely said yes. In India we are used to having free trimming of moustache.

I had just a few dollars in my pocket. I used my credit card to pay the bill of my haircut amounting to 50 which included the trimming of moustache and a tip of 5.

Sorry, no more haircuts for me every month especially when I am not in my home town.

Try These Great Uses of Vaseline Which You Probably Don’t Know
Care For Hair: Get The Best Ever Hair By Adding This To Shampoo
Easy Tricks Everyone Should Know About Teeth Whitening; Check It Out
Small Steps for Better Health: 4 Tips for a Healthy You