Shabaash Mithu is the biopic of Indian women cricket captain Mithali Raj.  The movie narrates the journey of the cricketer to achieve success.  Mithali has the highest runs in the women’s international cricket. Today is Mithali Raj’s birthday and the makers of Shabaash Mithu declared the release date of the movie.

Taapsee Pannu plays the role of Mithali in the movie. Mithali Raj has led the women cricket team to World Cup final in 2017.  The film is set to release on 4th February, 2022. 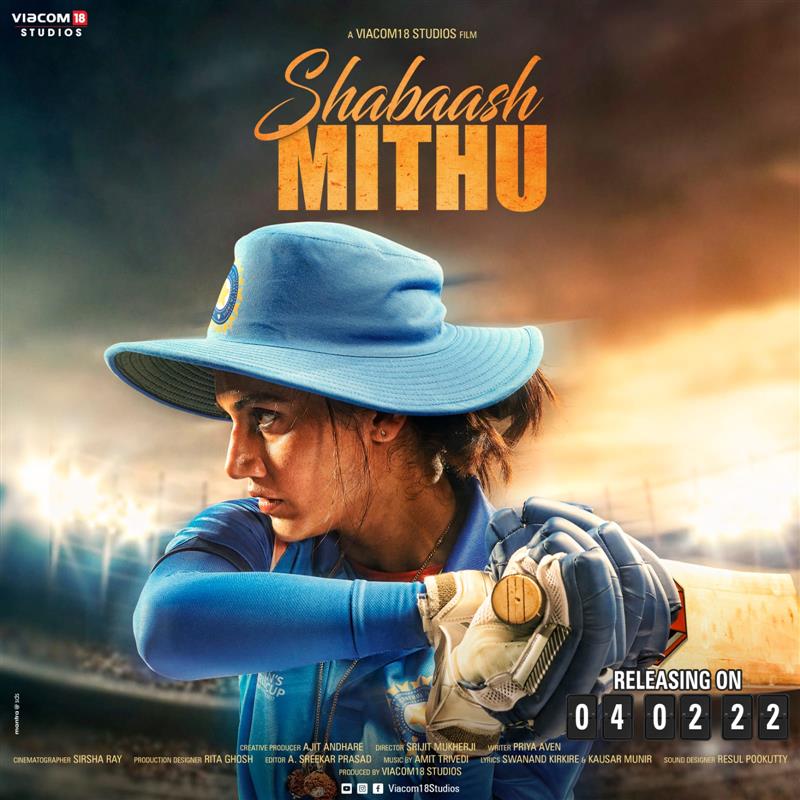 Cricketer Mithali Raj shared the movie’s poster and release date on her social media handle. While sharing it, she wrote, “Cannot express how grateful and excited I am to wake up to this amazing news! Kudos to everyone involved in the making of #ShabaashMithu. In theatres on 4|02|2022. @taapsee @ActorVijayRaaz @AndhareAjit @srijitspeaketh @priyaaven @Viacom18Studios.”

Besides Taapsee Pannu, the movie stars Vijay Raaz. While talking about her role, Taapsee Pannu said, “It is going to be difficult, I know. I watch cricket a lot but I never played the game. So, it is going to be challenging for me. Mithali (Raj) has already told me that ‘I’d like to see how you play the cover drive!’ So, I dream of cover drives now.” Later Dholakia said, “Unfortunately I won’t be part of the dream, but I am and will always be there for them to realize their dream. Covid messed up everyone’s schedules, mine was no different. Ajit has a vision, and a plan for the film and the way to release it. I wish him and the team the very best for it. Thank you. Best wishes, Rahul Dholakia.”