Hrithik Roshan and Deepika Padukone starrer ‘Fighter’ shoot is on cards. The star cast is giving their best to bring this action movie one of the best action dramas in the Indian Cinema. Apart from lead actors, Anil Kapoor can be seen in a pivot role and director Siddharth Anand gives his all to make this happen. Hrithik Roshan, Anil Kapoor, and Siddharth Anand were enthralled by a special preview of Top Gun: Maverick. All three praised the performance of Tom cruise and the action sequence in the movie. 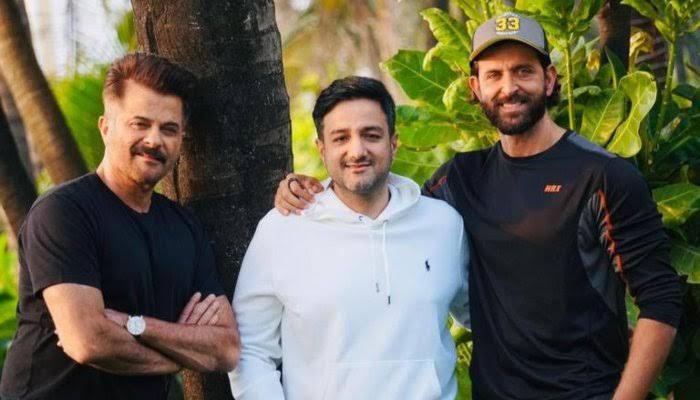 The screen was hosted by Ajit Andhare, COO, Viacom18 to motivate the cast for ‘Fighter’. Ajit Andhare said, “The idea was to motivate our cast & crew of Fighter as the unit heads into pre-production & prep led by Sid. He added, What better way than experiencing the magic of Top Gun that’s winning audience’s hearts across the world. We all came out raring to go!”

When Hrithik Roshan asked about his experience watching ‘Top Gun,’ he said, “it was such an adrenaline rush! The nostalgia factor is there but the evolution of the character and the story is what was the highlight for me. After more than three decades and so much waiting the movie surpasses all expectations. The aerial fight sequences were beyond anything I have experienced, they blew my mind.

Director Siddharth Anand couldn’t resist praising the movie and said, “I am a huge fan of the first film and have been waiting for this one since it was announced! I mean it’s a cult classic. This one has true edge-of-your-seat action and our endeavour is to make Fighter an entertaining large screen spectacle. Everyone I remember wanted to be a Fighter pilot after watching that film.”

Anil Kapoor was also speechless, in his ‘Jhakkas style’ he said, “Speechless. What a film! What action. And Tom Cruise is incomparable. For people who have seen the first one, it’s a definite watch but for the next generation, it’s even more important! Super fun experience and one should watch it in IMAX for the complete package. To see how cool the legacy is and continues to be.”

The fighter is an upcoming project of Hrithik Roshan and Deepika Padukone along with Anil Kapoor in leading roles. The movie is directed by Siddharth Anand and produced by Ajit Andhare, COO of Viacom18 Studios along with Marflix Pictures. It will release in 2023.