TV Actors Arijit Taneja & Sriti Jha Have Signed On For Karan Johar’s Upcoming Film, Referred To Him As A “Legend”

For the past several days, we have been knowing and hearing how television artists like Shraddha Arya, Arjun Bijlani, and Jannat Zubair are being roped in for Karan Johar’s upcoming directorial film “Rocky Aur Rani Ki Prem Kahaani,” which also stars Bollywood actors like Alia Bhatt, Ranveer Singh, Dharmendra, Jaya Bachchan, and Shabana Azmi. Now, “Kumkum Bhagya” fame Sriti Jha and Arijit Taneja have also been signed for this multi-starrer project. 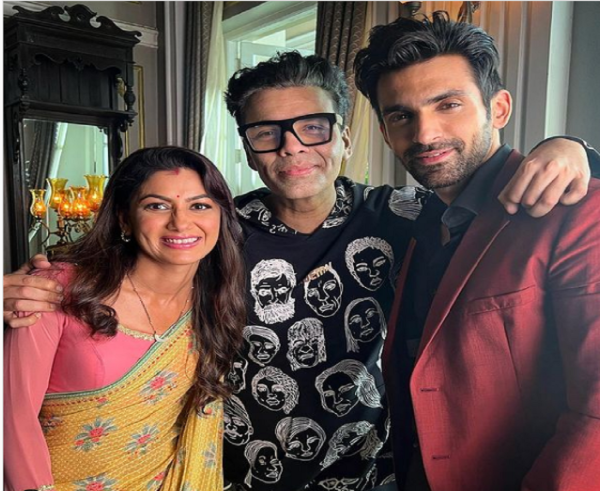 Having said that, actor Arijit Taneja has confirmed his presence in the movie “Rocky Aur Rani Ki Prem Kahani,” and took to his social media handle to announce the big news. Recently, Arijit Taneja shared a picture with Karan Johar and Sriti Jha and opened up about working with them in his upcoming film. He also shared another picture showing a note penned by the filmmaker to welcome him into the Dharma family.

The note read: “Dear Arijit, Thank you for being a part of my family. Welcome again to the Dharma family. All my love. Karan.” Sharing this post, Arijit wrote: “I can’t help but flaunt this. Just 14 hours of being directed by this legend. It’s been an overwhelming and humbling experience, to say the least. Karan Johar and Dharma Movies, thank you for making us a small part of this blockbuster and to the entire team for being so generous. I wish you all the very best. Gratitude.” 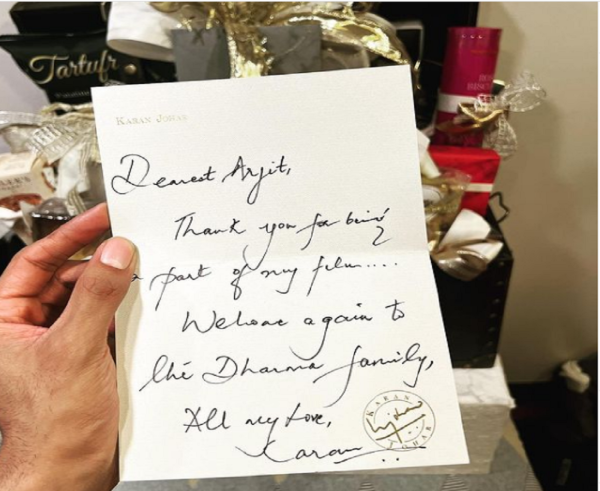 Almost hours after sharing this post, his friends and fans were stunned to see the post and applauded him for it. Sriti Jha commented, “Fortunate firsts.” Actor Ravi Dubey commented, “Fantastic.” Avinash Mishra wrote, “Keep shining like this, brother.” Apart from all this, many more people congratulated him on the opportunity. Along with Arijit and Sriti, the TV artists who have been cast in “Rocky Aur Rani Ki Prem Kahani” are Shraddha Arya, Arjun Bijlani, and Jannat Zubair.

Talking about Arijit Taneja’s professional front, he was last seen as a Farishta in “Naagin 6”, while Sriti Jha is currently busy doing in the stunt-based reality show “Khatron Ke Khiladi 12”, hosted by Rohit Shetty.