Twinkle Khanna and Rajmata Padmini Devi of Jaipur were told by Dimple Kapadia that she talked to a ghost at the Jaipur Palace. Padmini Devi said that she believes there was a different reason behind it.

Twinkle Khanna spoke about the time her mother Dimple Kapadia told her about an encounter with a ghost at the Jaipur royal palace. Twinkle recently interviewed Rajmata Padmini Devi of Jaipur for her YouTube channel Tweak India, during which they both talked about Dimple’s alleged conversation with a ghost.

They recalled that Dimple went through the experience when she spent a night at the Jaipur royal palace during the filming of her 1990 movie Lekin. While Dimple was adamant that it was a ghost she saw that night, Padmini had another explanation for the incident.

Twinkle told to Padmini, “I remember mom telling me once that she’d come to the palace to spend the night. I think she told you as well, that she had this experience where she was lying down, and a woman was sitting by her bedside, and she had a whole conversation with her. Then she realized it was an entity. Have you seen ghosts in this palace?”

Padmini replied that no one including her have ever seen ghosts at the palace. She added that she believes the real reason Dimple saw a ghost was because she was playing a ghost in Lekin. 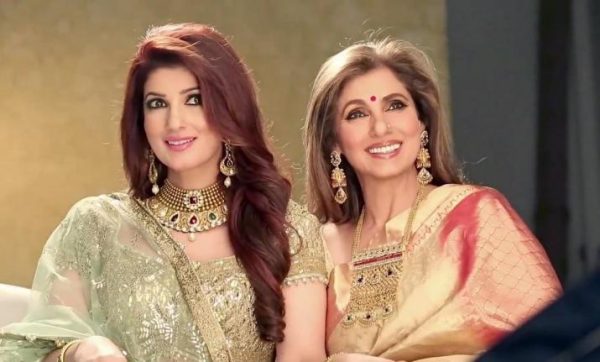 Padmini told Twinkle about Dimple’s alleged paranormal encounter at the time, “Your mother, I think psyched herself because she was shooting a film in which she was a ghost. So I told her, I said, ‘Listen Dimps, the thing is, that you are shooting all day as a ghost. So, therefore, at night, I’m sure you woke up and you thought there was somebody else with you. Because this has never happened, really.’”

Lekin, a drama mystery film by Gulzar, also starred Vinod Khanna, Amjad Khan, and Alok Nath. It featured Dimple as a ghost, Reva. The actor also won a Filmfare Awards trophy for the best actress for her performance.