Bigg Boss OTT star Urfi Javed is sick and she was admitted to a hospital recently in Mumbai. To make it clear, she made a story on Instagram and informed fans about her health. From the hospital bed, she shared a picture of herself. She wrote, “Got too much time while I’m here. Yes, this happened. I kept ignoring my health and now.” However, Urfi did not disclose the exact reason for her hospitalization. 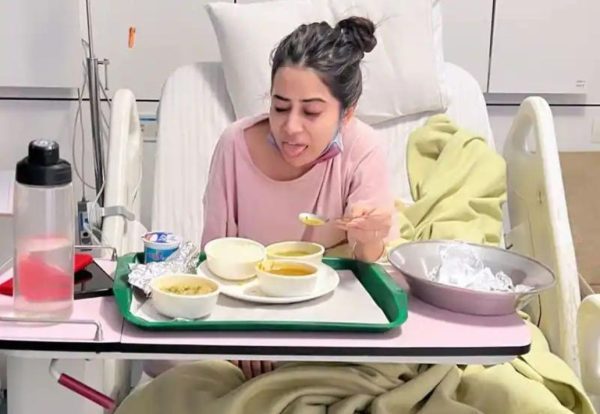 According to one source, her high temperature was around 103-104 degrees. She was not keeping well; So she was admitted to the hospital. She will now undergo several tests to find out exactly what happened to her. In the photo that the actress shared, she can be seen having some food, and soups and she was making some faces as she did not like this situation.

Urfi attracts with her unique yet out-of-the-box fashion ideas. The actress participated in Karan Johar’s reality show Bigg Boss OTT. Well, recently Urfi got into a war of words with TV actress Chahat Khanna who called out the media for making the former a celebrity despite putting up a ‘cheap show.’ 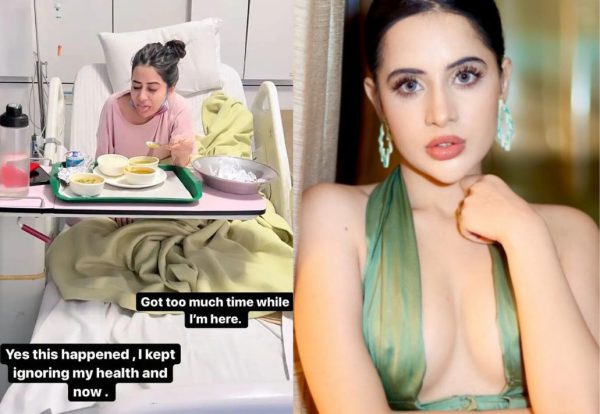 Urfi wrote, “At least I don’t buy followers! Also if you would do your homework, I was there for an interview, I was dressed for an interview which is none of your business, you’re just jealous that even after paying the paps they are not covering you. @chahattkhanna also whatever anyone does on this earth is none of your business, why didn’t you upload this story for Ranveer Singh? Shows your hypocrisy. See I didn’t judge you for your TWO divorces, dating away younger men so why judge me?“