The name of Bollywood actress Urvashi Rautela is remembered for the rundown of notable actresses of the industry, Urvashi has accomplished this situation in the industry because of her ability and beauty. Urvashi Rauleta generally stays in the spotlight for her fabulous style.

The actress is also known for her jazzy design sense. Urvashi is rarely seen in films But Urvashi Rautela’s name is included in the list of top models around the world. The actress is very active on social media. Recently, Urvashi Rautela has shared some of her latest pictures on Instagram, which are becoming quite viral. 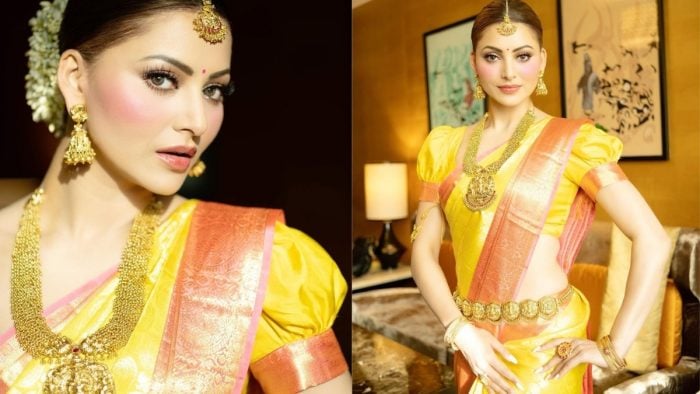 In these pictures, Urvashi Rautela is seen posing in a yellow Kanjeevaram saree in which she is looking super gorgeous. Wearing gold maang tika, earrings, necklace, and sari looking no less than a nymph(aphsara).

Recently, On international yoga day, Urvashi talked about the benefits of yoga and also how yoga promotes spirituality, mindfulness, and balanced life in every way. she is considered the fittest diva in the industry. Urvashi never fails to give her fans major goals for fitness by sharing her videos of doing exercise and yoga. 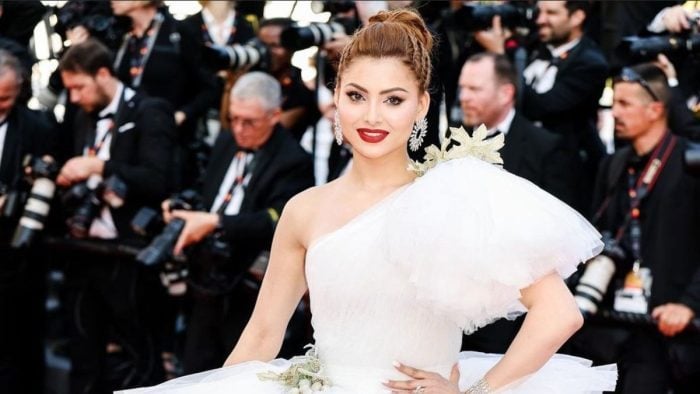 On the work front, Urvashi was recently designated as the main worldwide brand diplomat for the Smile Train Foundation. A few times before, she was seen acting before 50,000 people at the trailer launch of her pan India film, The Legend.

The actress is doing right by certain to keep her admirers and draws in with her routine exercises and worldwide accomplishments. Recently, Urvashi was seen on the red carpet in Cannes 2022 where she looks absolutely diva in her looks.