Urvashi Rautela Referred To Zayn Malik As ‘Jain Malik’ While Discussing About Her Crush: Checkout The Details!!! 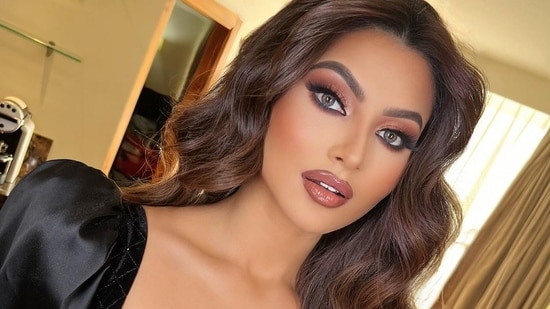 Urvashi Rautela is an Indian model and actress who has appeared in Bollywood films. She won the title of Miss Diva Universe 2015 and represented India in the Miss Universe 2015 competition. She made her Bollywood debut in the film Singh Saab the Great. Since then, she has acted in films such as Sanam Re, Great Grand Masti, Hate Story 4 and Pagalpanti.

She makes us proud time and again, from returning to the international stage as a judge for Miss Universe 2021 to partnering with some well-known musicians. But there is one instance in which the actress may be embarrassed. And it has everything to do with Zayn Malik of One Direction. Zain Javadd Malik, better known as Zayn, is a British singer. Malik, who was born and raised in Bradford, auditioned for the British music competition The X Factor as a single entrant in 2010.

Urvashi Rautela gave an interview with Bollywood Nazar for a Valentine’s Day special back in 2015. When asked about her crush, the actress answered, “Bata du sach? Hollywood ya Bollywood me se? (Should I be truthful? “Would you like to hear from Hollywood or Bollywood?)”
Urvashi Rautela then stated, “Actually mera sirf ek hi crush hai Jain Malik (Zayn Malik). I love him.
This 2015 video is suddenly becoming popular on social media, and netizens are laughing their brains off.