Urvashi Rautela Turned Into Divine For Her Performance On The Umang Award 2022; Don’t Miss The Photos!

Actress, Model and several Beauty Peagent winner ‘Urvashi Rautela’ grabbed the attention of the internet again! She is the one who makes India proud at many levels. Her stunning looks, barbie doll features and hot and sizzling outfits made her Asia’s most following woman on Instagram. She has 53 million followers on her Instagram throughout the world. She always becomes the talk of the town with her talent and social appearance. 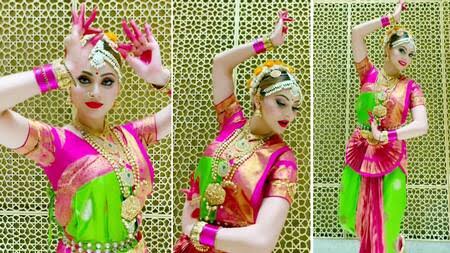 Among all her talents, she is a trained Kathak & Bharatnatyam dancer which helps her to become one of the most notable dancers in Indian Cinema. The actress performed in front of a massive audience at the Umang Awards 2022 on Bhul Bhulaiyaa 2 song ‘Mere Dholna Sun.’ Her appearance on stage nonetheless goodness or divine, her complete traditional Bharatnatyam looks were stunning. Urvashi sets fire on stage with her performance. 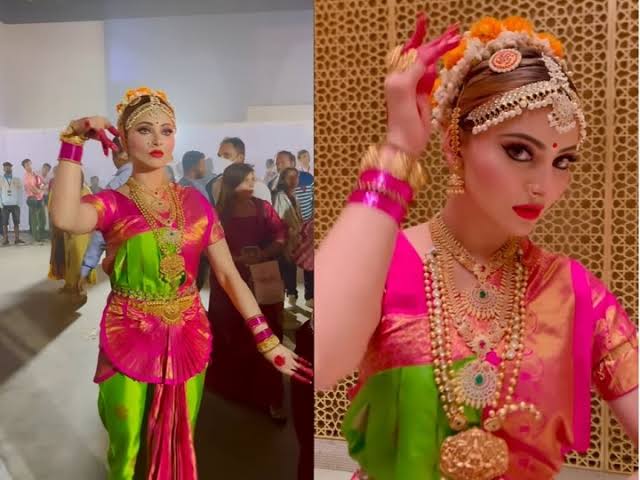 With the traditional attire, she opted for a ‘Temple Jeweler’, such as bangles, earrings, necklaces, and wristlets. The bun and the plait of her hair were decorated with flowers. talking about the make-up, her heavy eyeliner and kajal extended outwards from the eyebrows, with perfect blush and lipstick which was enough to make her look adorable. Red dye on fingers and toes with a bright colourful saree add extra spice to the look