It is certainly not easy to be a Bollywood star. You are constantly under the gaze and scrutiny of the paps and the fans. While many stars feel blessed to be getting so much attention, there are others who despise it and get slammed or trolled for the same. Recently, it was Vaani Kapoor who was slammed by the netizens for wearing a deep neck top with ‘ram’ printed on it. And later the actress had to delete the picture.

When the actress posted the picture, she received massive backlash for hurting Hindu sentiments. Not only this, netizens even demanded a ban on the actress. Owing to the backlash, the actress decided to delete the picture from her social handles. Have a look at the picture: 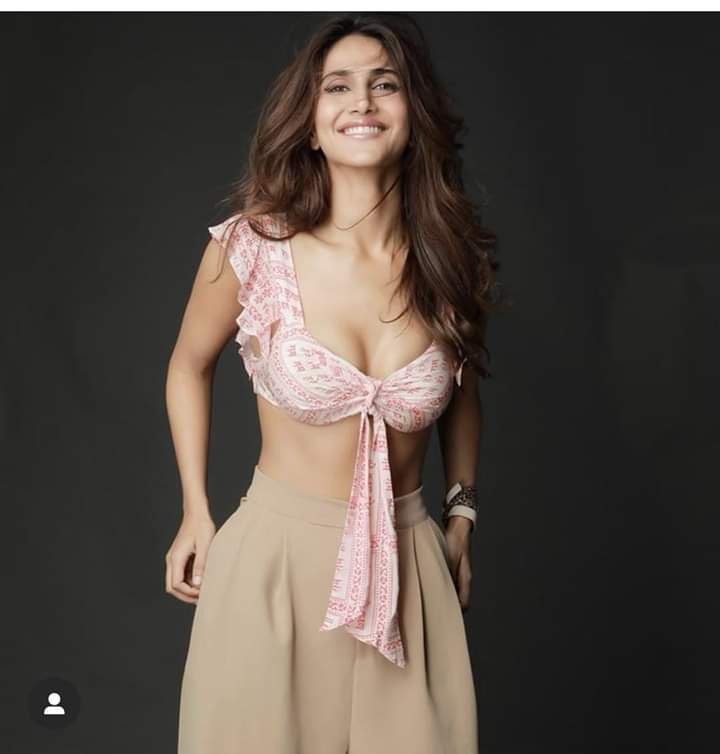 While a user wrote, “Wearing Lord Sri Raam’s name on the uncultured dresscode doesn’t give value to the actress Vani Kapoor @Vaaniofficial. This is hurting the sentiments of devotees of Lord Sri Raam. We uarge to removed such images from the site and value the devotees sentiments.#vaanikapoor”, the other one said, “#vaanikapoor Lord ram was from a era when people were tribals with absolutely no clothes …. and people are reActing for a blouse written Ram … hey ram!” Now have a look how people reacted to this picture and after all she had to delete the picture: 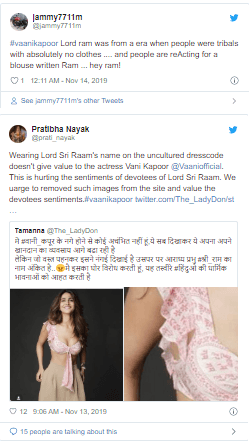 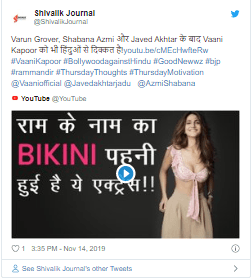 Well, it is not the first time that people are trolling the actress. People started to make fun of the actress since the trailer of Befikre was out. A lot of buzz was going around the internet about her surgery and her body. When she was asked about it, she said it was due to her weight loss. Vaani then added by saying that she doesn’t judge those who opt for it.