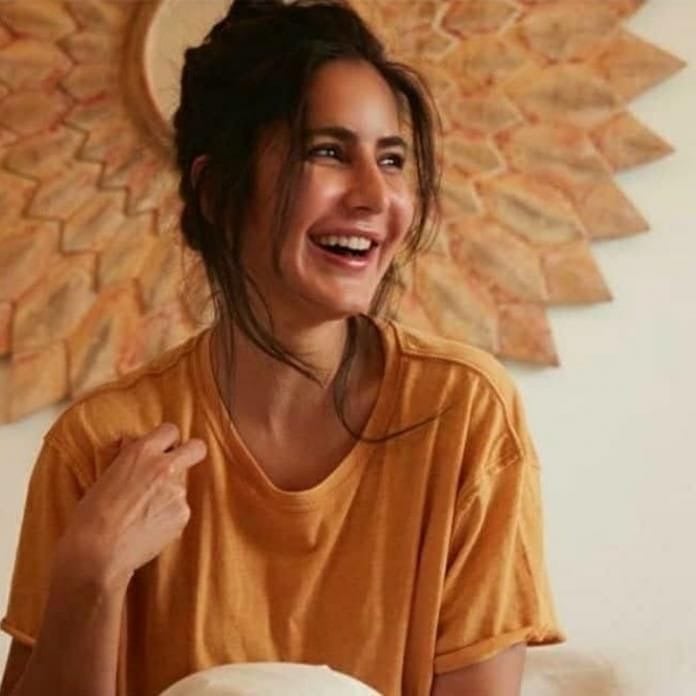 Vicky looks fantastic in the snap, dressed casually in a white tee and denim. As he posed with Farah, they both posed in front of a wall in Croatia. 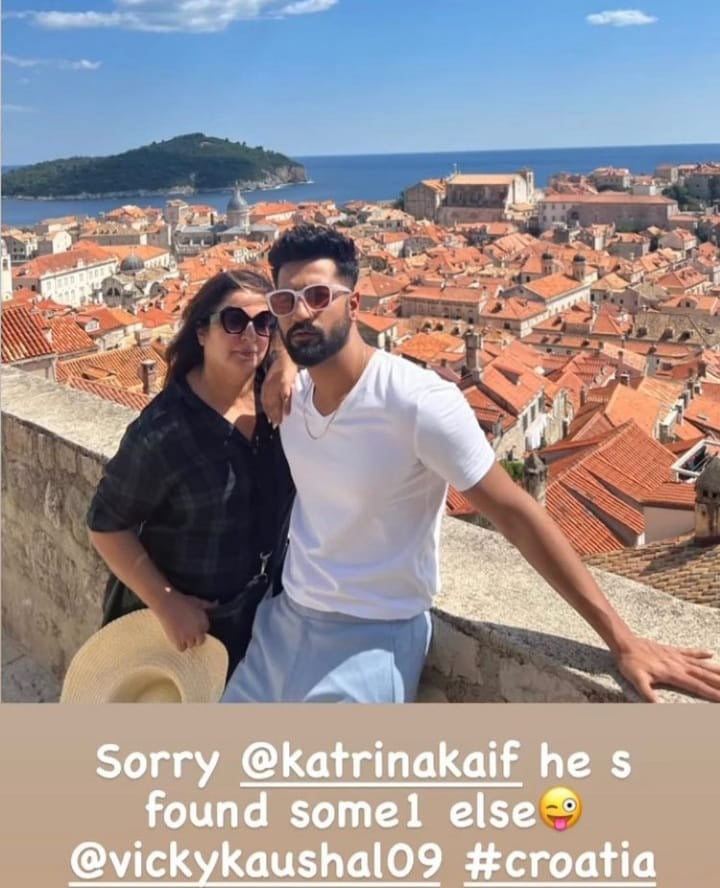 “Sorry @katrinakaif, he’s found someone else @vickykaushal #croatia,” Farah captioned the photo. She also teased the actor with a tongue-out emoji. Katrina shared the photo, along with her reaction, on her Instagram account immediately after it was uploaded. “Your allowed @farahkhankunder,” she replied with loving emojis. 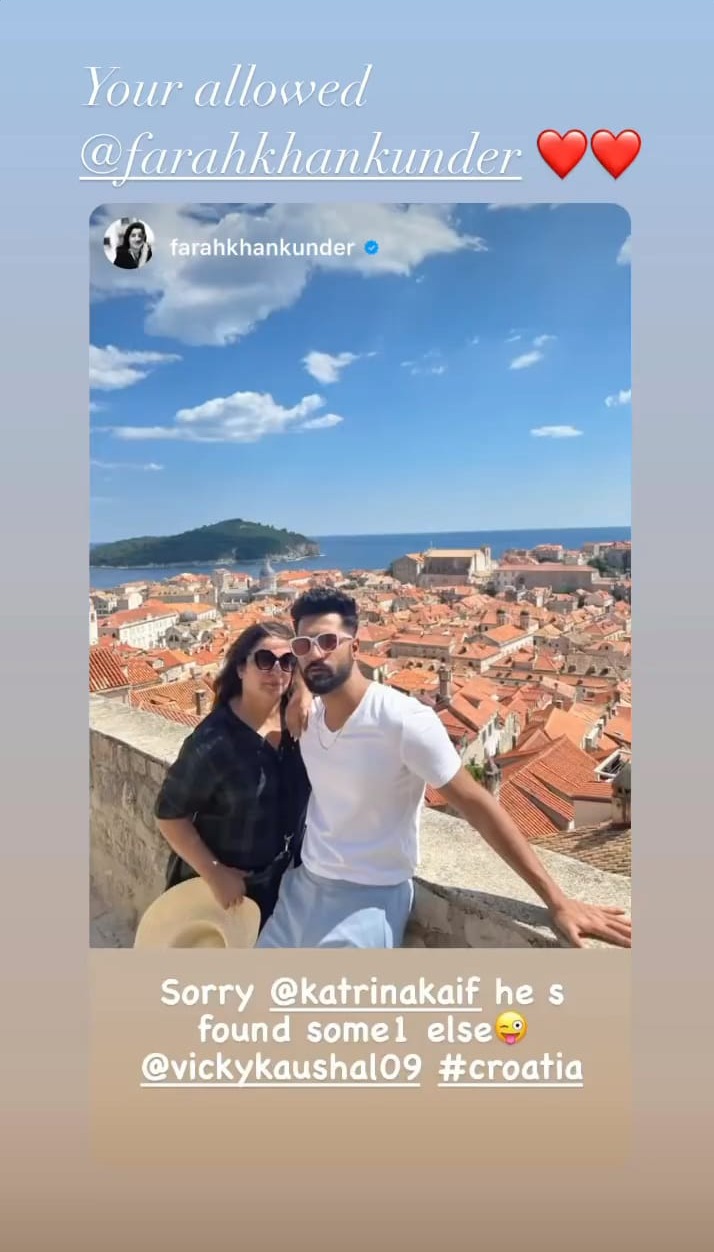 The song Kuch Toh Hua Hai was playing in the backdrop of her post. Vicky later shared the photo. He added that they “were just good friends”.

Vicky, who was most recently seen in Sardar Udham, will star alongside Kiara Advani and Bhumi Pedneker in Govinda Naam Mera. He will also star alongside Sara Ali Khan in Laxman Utekar’s upcoming untitled flick. He also has Sam Bahadur from Meghna Gulzar.

Next, Katrina will be seen in Tiger 3 starring Salman Khan, her next project is the film ‘Phone Bhoot’, a horror comedy with Siddhant Chaturvedi and Ishaan Khatter. In addition, Merry Christmas is another one of her next projects. She will also be seen in Farhan Akhtar’s Jee Le Zaraa alongside Priyanka Chopra and Alia Bhatt.