Vicky Kaushal shared a picture with his mother-in-law Suzanne Turquotte on Mother’s Day. The picture showed him and Katrina Kaif taking Suzanne’s blessings.

Vicky Kaushal is celebrating an extra special Mother’s Day this year, the first after his wedding to Katrina Kaif. Apart from pictures of his mother Veena Kaushal, Vicky shared one with his mother-in-law Suzanne Turquotte. The unseen picture showed him and Katrina taking the blessings of Suzanne.

In the picture, Vicky and Katrina were bowing down in front of Suzanne, seemingly standing up after touching her feet. Suzanne had her hands placed on Katrina and Vicky’s heads as she gave them her blessings. He captioned the post with the song, “Maavaan thandiyaan chhaavaan,” adding the hashtag #HappyMothersDay.”

All three of them were dressed in ethnic wear, and Katrina also had a tika on her forehead. The background of the picture also showed a large courtyard, suggesting that it was clicked at a pooja ceremony ahead of Vicky and Katrina’s wedding. The couple had tied the knot on December 9, 2021, at the Royal Hotel Six Senses Fort Barwara, Sawai Madhopur, Rajasthan.

Vicky’s post included another picture that appeared to be from another wedding function. He had his hands folded and eyes closed in prayer and had a mala on his neck. His mother, Veena Kaushal, sweetly kissed him on the cheek in the picture. He also shared a picture from his baarat in which Veena was dancing next to him. 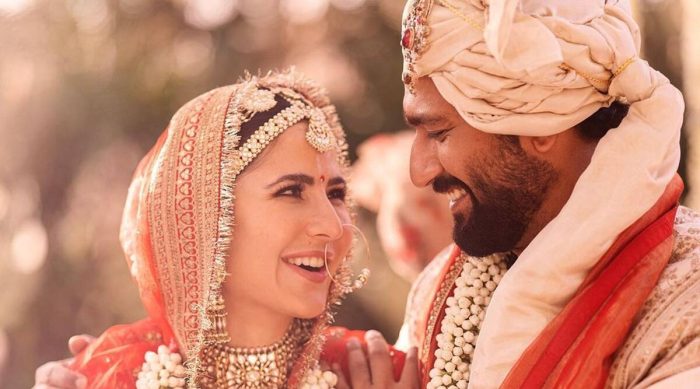 Meanwhile, Katrina also wished her mother-in-law Veena along with her mother Suzanne on Mother’s Day. She shared a picture of her and Suzanne, and another of her and Vicky sitting on either side of Veena, and captioned it, “Mother’s Day (heart emojis).”

Katrina had recently celebrated Suzanne’s birthday with her siblings. She shared a series of pictures from the birthday celebrations on her Instagram account, and wrote, “Happy 70th mama. May you always live life with the joy and courage that you do. Surrounded by your very noisy kids.”