Actor Sonam Kapoor and her husband, businessman Anand Ahuja on Sunday celebrated their fourth wedding anniversary. Taking to her Instagram, Sonam shared several pictures of the couple over the years. In the photos, Sonam and Anand were seen inside a gurdwara, kissing on Christmas, goofing around, hugging and dancing. 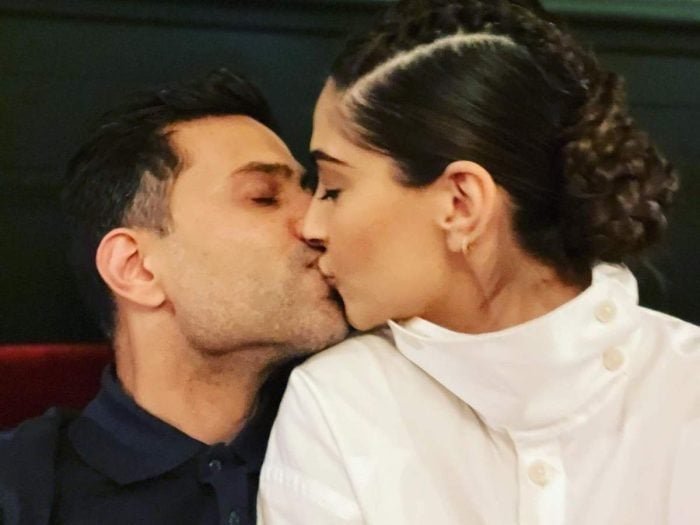 Sonam captioned the post, “Happy happy Anniversary @anandahuja I’ve always been an incurable romantic and believed in all the love stories ever written. You’ve surpassed all expectations of what I dreamt and wished for. I thank the universe everyday that gave me the best man in the world! Love you the most most my baby. 6 years down and an eternity to go. #everydayphenomenal.” On his Instagram, Anand Ahuja shared a video giving a glimpse of Sonam during the early years of her pregnancy. In the clip, she is seen relaxing on a couch in a green outfit as she cradles her stomach As the video started, Anand asked Sonam to greet their viewers to which she obliged. Anand then told her, “So cute you’re looking.” Sonam replied, “I’m tired.” Anand said, “You haven’t done anything yet.”

Sonam laughed and said, “I’ve worked all over the house today.” Anand then asked her to accompany him for a walk. He captioned the post, “Girlfriend 6 years, wife 4 years and as you can tell in this video, her early days of mom-to-be this year! Happy anniversary my #everydayphenomenal @sonamkapoor.”

In another post, Anand shared pictures with Sonam inside their London home, streets of the city, from their pre-wedding and wedding festivities. Sharing the photos, he wrote, “..the most giving, selfless, generous person in the world. Only kindness and wholeness in your soul. @sonamkapoor … you inspire me every day. Happy anniversary my #EverydayPhenomenal.” Sonam commented, “Always and forever and every lifetime.. my soulmate.” Sonam’s father, actor Anil Kapoor and Sunita posted red heart emojis.

The couple tied the knot in Mumbai on May 8, 2018, in a lavish ceremony. Sonam and Anand got married in a traditional Anand Karaj ceremony, which was followed by a grand reception. Sonam has been spending her time with Anand in London since July 2020. They have a home in Notting Hill.