What’s Love Got To Do With It: Emma Thompson Amazes In Desi Look In Shekhar Kapur’s Film!

Emma Thompson wore a bright orange kurta in a picture from the sets of her upcoming Shekhar Kapur directorial ‘What’s Love Got To Do With It?’ In the picture recently released by the makers, the British actor can be seen in a striking traditional Indian outfit while filming with co-star Lily James, who plays her daughter. Actress Shabana Azmi is also in the film. 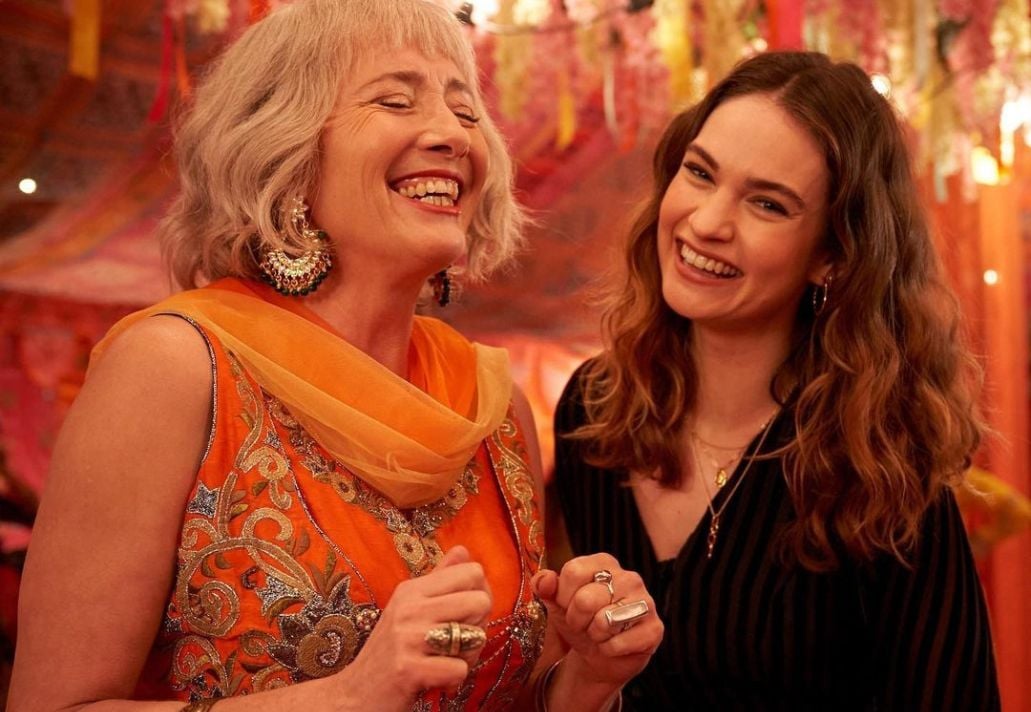 It also stars Pakistani actor Sajal Ali along with Shazad Latif, Mim Shaikh, Asim Chaudhry, Jeff Mirza and Iman Boujelouah. ‘What’s Love Got To Do With It?’ written by Jemima Khan will have its world premiere at the Toronto International Film Festival 2022 on September 10. In recently released photos from the sets of the film, Emma Thompson was seen in a colorful orange kurta as she was looking stunning. She was captured with Lily in a black top. The two were seen in high spirits at a party. 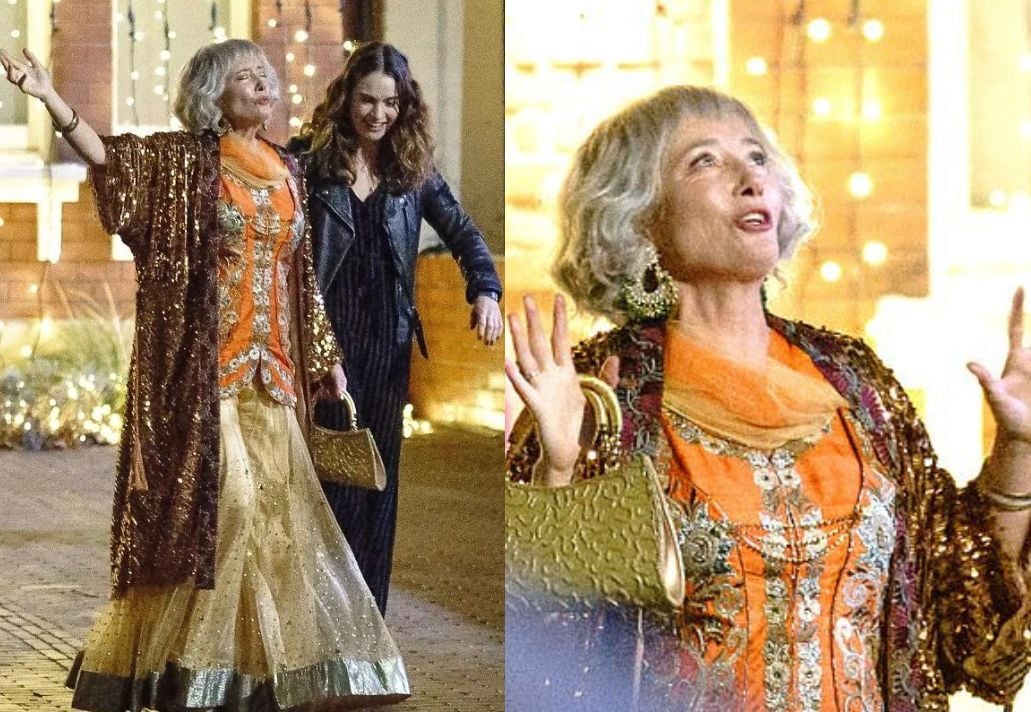 The Working Title Films posted, “WHAT’S LOVE GOT TO DO WITH IT? will have its World Premiere at the Toronto International Film Festival The film starring Lily James, Shazad Latif, Emma Thompson, Shabana Azmi, Sajal Ali, Mim Shaikh, Asim Chaudhry, Jeff Mirza and Iman Boujelouah was written by Jemima Khan and directed by Shekhar Kapur. It will play at Roy Thomson Hall on Saturday 10th September #TIFF22.”

Emma’s desi look, heavy jhumka and a chunky Kada (bangles) grabbed the attention of fans. The comments section of an Instagram post shared by the film’s producers was flooded with comments from fans, who couldn’t wait to watch the film. They commented, “So exciting!” “‘Can’t wait,” ““Looking forward to finally seeing what it looks like.”

Tags: Emma ThompsonEmma wears desi outfitentertainmenthollywoodWhat’s Love Got To Do With It