Fashion festivals, awards and a red carpet is one of the most favourite entrainment materials for the fans and fashion influencer. The red carpet will teach you about the latest in fashion industries. Every and each celebrity gives their best to attract the audience towards them via their unmatchable Attires and looks. Celebrities’ outfits and photoshoots are the landmarks of any red carpet.

I have no idea about your priority, I would love to see the outfits of my favourite celebrities and how they carry them with grace and elegance on any red carpet. This is the only reason for me to follow such shows and news.

It’s not compulsory to admire every look of our favourite one because sometimes our most stylish stars go with the wrong choice. Yes! Of course, who don’t want to becomes the highlight of the show and who don’t love the good complements? But sometimes, the stars become the memes stuff for the social media instead of getting admirable.

Here are some red-carpet disasters, will make you laugh until you scroll to the next one……

Rihanna – 32-year, Pop stat and makeup mogul participate in 2015 met gala red carpet. The dress was designed by Chinese designer Guo Pei.
Most notable memes– Rihanna wearing an omelette, how many eggs did it take to make this dress? 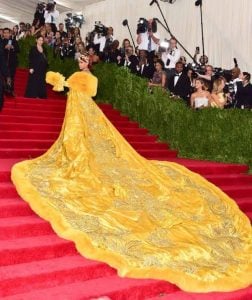 Sonam Kapoor – Sonam all-white look for the Cannes film festival 2016, The gown was from Ralph and Russo.
Most Notable Memes – Indian actress Sonam wearing a bigger tent than PeeCee, how do you go to the bathroom wearing one of these. 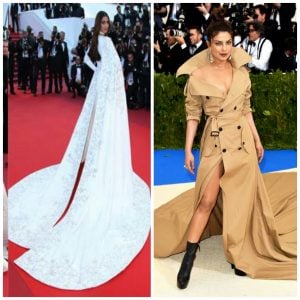 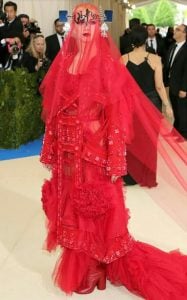 Rihanna – Here is another one from Rihanna, Met Gala 2017. The singer wore a Comme des Garçons Fall 2016 look created by the Japanese designer.
Most Notable Memes – Rihanna dressed in we don’t know what, Are these garbage bags? Bunched up newspapers? We can’t tell. 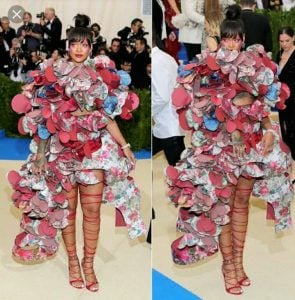 Priyanka Chopra – An actress, Model and global icon Priyanka Chopra Dressed herself for the award festival 2019. Her look was inspired by Lewis Carroll’s ‘Alice in Wonderland’. Dressed in a grey-yellow-pink Dior gown.
Most Notable Memes – compared to the Mad Hatter as well, PeeCee grows many eyebrows…. 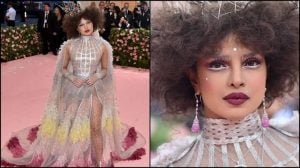 Miley Cyrus – Miley Cyrus wore to the amfAR LA Inspiration in Met Gala festival with a tom for a look.
Most Notable Memes – You can get this look by visiting your local hardware store. 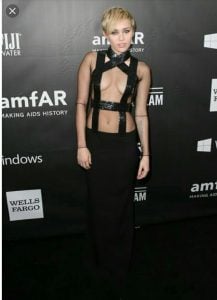 Vidya Balan – Indian actress Vidya Balan attend the show in 2013, The looks designed by Sabyasachi.
Most Notable Memes – What exactly is this attire, if you manage to decode, do share it with us also. Vidya is dressed for a fancy-dress competition in school. 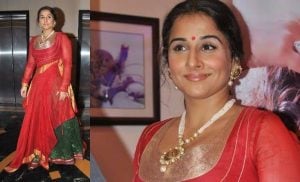 Huma Qureshi – Huma appeared in an Award show and becomes the fashion disaster with her dress.
Most Notable Memes – Huma Qureshi wearing a deflated hot air balloon, maybe she made an emergency landing at this event. 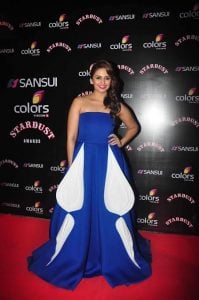 Bjork – Singer Bjork wore this dress at the Academy Awards 19 years ago, 2001.
Most Notable Memes – Bjork wearing a swan, Sparking the origin of fashion memes! 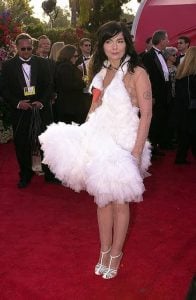 Usually, the list contains female fashion blunders but if we are discussing fashion disasters then we can’t ignore Ranveer Singh.
Ranveer Singh – For the promotion event of Bajirao Mastani, Chooses the worst dress ever. He should avoid these types of outfits. 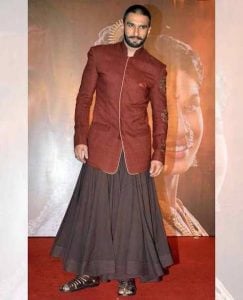 Most Notable Memes – Ranveer Singh in his mom’s ghagra, Let’s not skirt around how bad this look is.