Disha Parmar won hearts with her bridal Marathi look, have you seen it. Check it out.

Disha Parmar and Rahul Vaidya tied the knot on July 16. Both of them had married with full customs. From Haldi to Mehndi and Sangeet to Wedding, all the pictures of these functions went viral on social media. Before their marriage, all the rituals were done with great beauty. Now Rahul Vaidya has brought his new bride Disha Parmar to his house, where his family warmly welcomed Disha Parmar. 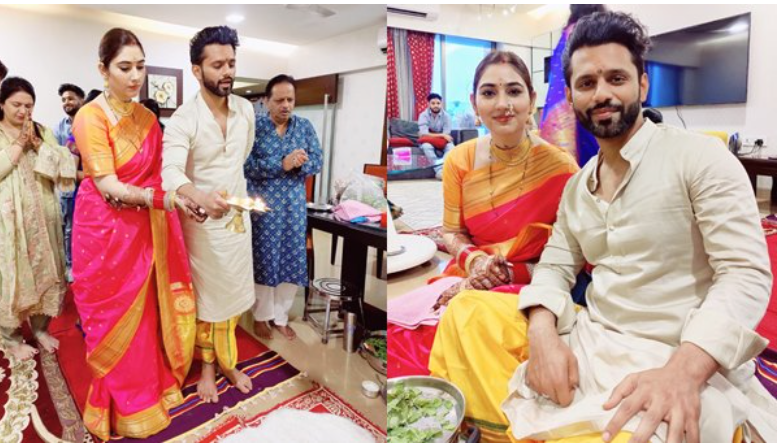 After marriage, a puja was held in Rahul Vaidya’s house. After the arrival of Disha Parmar, she appeared in a traditional dress in this puja kept in the house. Disha Parmar wore an orange and pink coloured sari in this puja and she was looking very beautiful in Maharashtrian look, then Rahul Vaidya was also seen wearing dhoti-kurta. This Maharashtrian look of Disha Parmar will surely win your heart. She is wearing vermilion, mangalsutra around her neck and bangles in her hands. Which is making her look perfect. 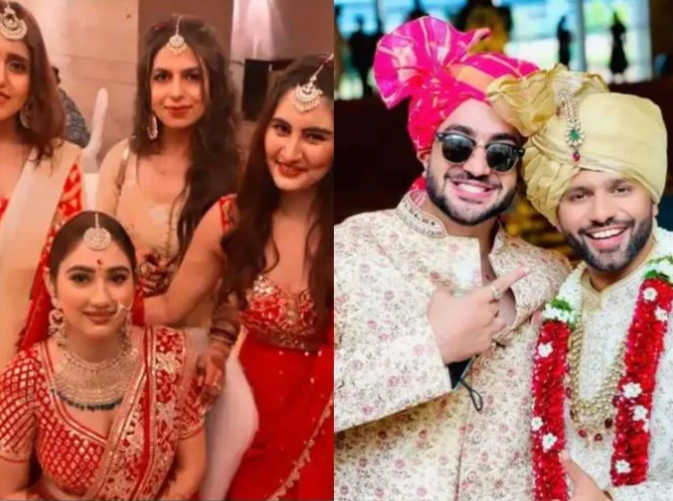 Disha and Rahul with friends

Let us tell you that earlier the pictures of Disha Parmar’s house entry became very viral on social media. In these pictures, Disha was looking very beautiful in a red suit. While Disha appeared in the new bride’s look, Rahul Vaidya was seen in a casual look. Rahul Vaidya’s mother performed the aarti of Disha Parmar. She warmly welcomed Disha, who came as a daughter-in-law in the house. 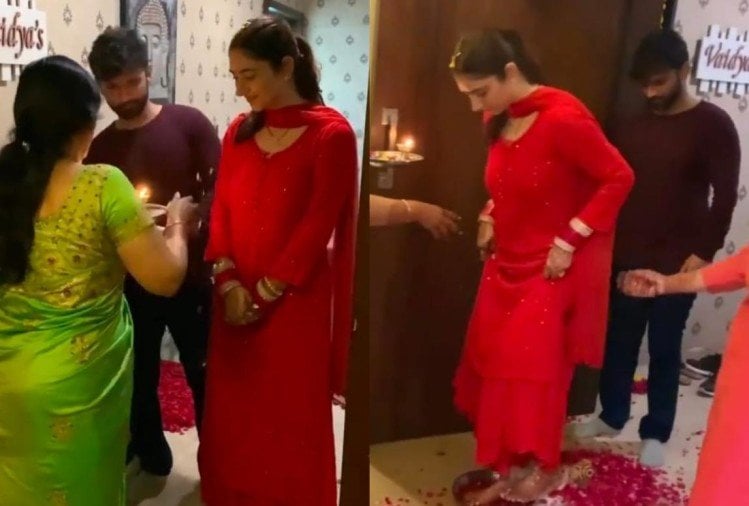 Let us tell you that many of his friends had arrived to attend Disha Parmar and Rahul Vaidya’s wedding. The pair had organized their sangeet ceremony so that all their friends could enjoy it. Many famous faces of the TV industry like Rakhi Sawant, Pavitra Punia, Ejaz Khan, Vikas Gupta, Vindu Dara Singh, Sonali Phogat, Jasmin Bhasin attended the wedding. Everyone danced fiercely in the marriage of these two.

Rahul Vaidya is in a lot of discussions these days about his personal life as well as his professional life. Let us tell you that after Bigg Boss 14, now Rahul is seen playing with dangers. According to reports, Rahul Vaidya is the most expensive contestant of Khatron Ke Khiladi 11. He is charging a hefty fee of Rs 15 lakh per episode.