War in Afghanistan: Three lakh soldiers in front of 80 thousand terrorists, what will happen if Taliban reaches Kabul?

Indian experts say that the Taliban are effectively visible in the villages, towns and their efforts to capture the trade, trade routes have started. The statement of Afghan President Ashraf Ghani is also being seen as a deepening crisis in the country. It is believed that in the coming days, the situation may become somewhat complicated due to the war between the Taliban and the Afghan army. Indian Foreign Ministry officials are also not denying this situation.

All the countries of the world, including India, had high hopes from the talks between the Taliban and representatives of the Afghan government and political parties in Doha, the capital of Qatar. It was believed that seeing the occasion of Bakrid, the Taliban would agree to a ceasefire. Former President Hamid Karzai was also to attend this meeting, but he did not go at the last minute. Ten delegates, including representatives of Gulbuddin Hekmatyar faction, participated in it. Peace Ambassador Jalmay Khalilzada from the US side was also present in Doha. Afghanistan’s number two leader, Abdullah Abdullah, led and the Taliban’s chief negotiator was Abdul Ghani Baradar. According to the information received, after the first round of talks on Saturday and the second round on Sunday, Taliban leader Abdul Ghani Baradar kept silent on the ceasefire proposal. Earlier, the Taliban had made two proposals for a ceasefire. Its first proposal was the release of 7000 people lodged in various prisons in Afghanistan and the removal of UN sanctions on all its leaders. Discussions were also held on a ceasefire and the release of prisoners of war, but in the end no concrete result could be reached.

Two days of talks in Doha may not have yielded concrete results, but the hope for the future is not over. The Taliban and the governments of Afghanistan have agreed that they will not damage the country’s infrastructure. Both agreed that it is the property of the nation and is related to the interests of the people. The second consensus was that such peace talks would continue and efforts would be made to accelerate peace initiatives. The outcome of this two days of talks disappointed about a dozen countries including America. He hoped that a ceasefire would be agreed. This will lead to a round of political talks between the Taliban and the government of Afghanistan and accelerate peace initiatives. It is said that in the absence of concrete results, America, Canada, Australia, Czech Republic, Britain, Denmark, Germany, Netherlands, Sweden and others appealed to the Taliban for peace. The diplomats of these countries said that the Taliban should lay down their arms. He should convey that he is committed to the peace process. India also says that the establishment of peace is necessary for the restoration of democracy in Afghanistan and the prosperity of its people. The Taliban should play their part in this.

Taliban leader Maulvi Hibatullah Ankhujada’s statement expressed little hope for peace. His statement came during the ongoing peace talks in Doha. Ankhujada said the Taliban wanted a political solution in the country. The interlocutors of the Afghan government also want that it is necessary to save the country from a situation like Syria. Therefore, after the ceasefire on the basis of Islamic principles, peace efforts should proceed rapidly. 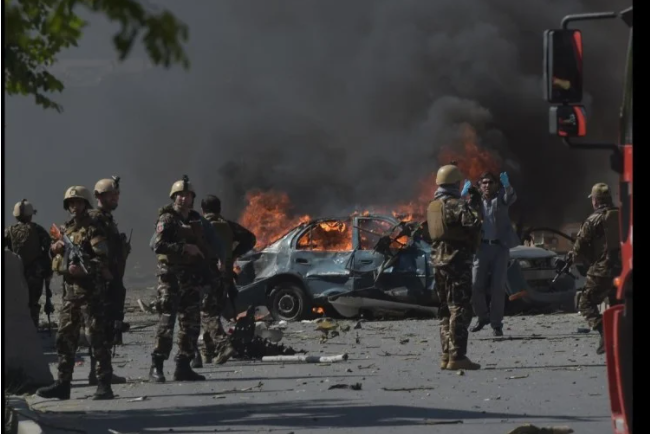 Experts monitoring Afghanistan say that peace talks have taken place, but there is no visible change in the ground situation in Afghanistan. Foreign Ministry officials also believe that Taliban influence is visible in Afghanistan’s villages and towns. Sources related to security and intelligence agencies assess that the situation in Afghanistan is getting worse day by day. He says the Taliban are not currently fighting military battles in the cities. He is deliberately escaping. This could also be one of their tactics. They appear to be exerting psychological pressure on the Afghan army and government. The Taliban are gradually trying to capture trade and trade routes. The source, who returned after serving for two and a half years in Afghanistan, says that it is difficult to say what the Taliban will do. I think their main goal is to capture Kabul, the capital of Afghanistan. The source says that the Taliban are getting success in Northern Afghanistan. They also captured those areas where they had to chew nako gram even to enter earlier.

Fighting is going on between the Afghan army and the Taliban in 15 provinces including Maiman city, Kandahar, Ghazni, Talukan city. It is said that somewhere the Taliban are dominating and capturing, and sometimes the army is getting them free from them. According to information received from international agencies, in the last 36 hours, around 300 fighters have been killed in Afghanistan and around 250 have been injured. In Bamiyan, Nimruj and Jaijan provinces, the battle for occupation is also going on.

What would happen if the Taliban came to Kabul? Senior journalist Ranjit Kumar says that if this happens, then Afghan President Abdul Ghani, former President Hamid Karzai, all military officers will have to flee to other countries and take refuge. On asking the same question to the officials of the Ministry of Foreign Affairs, they say that it is very easy for the Taliban to reach Kabul