Sonam Kapoor Apologies For This Thing From Anand Ahuja: Deets Inside

Sonam Kapoor recently posted her London home pictures on Instagram. The photoshoot was done for the September issue of Architectural Digest. Sonam apologized to her hubby Anand Ahuja because of the Front cover of the magazine issue as she stood in boots on the couple’s ₹18 lakh sofa for a photoshoot. In the photo, Sonam Kapoor wore a purple dress paired with black boots. She stood with her arms on her waist on her blue and teal Camaleonda sofa. The furniture piece by Mario Bellini is a three-seater couch and retails at about €18,000, approximately ₹18 lakh. 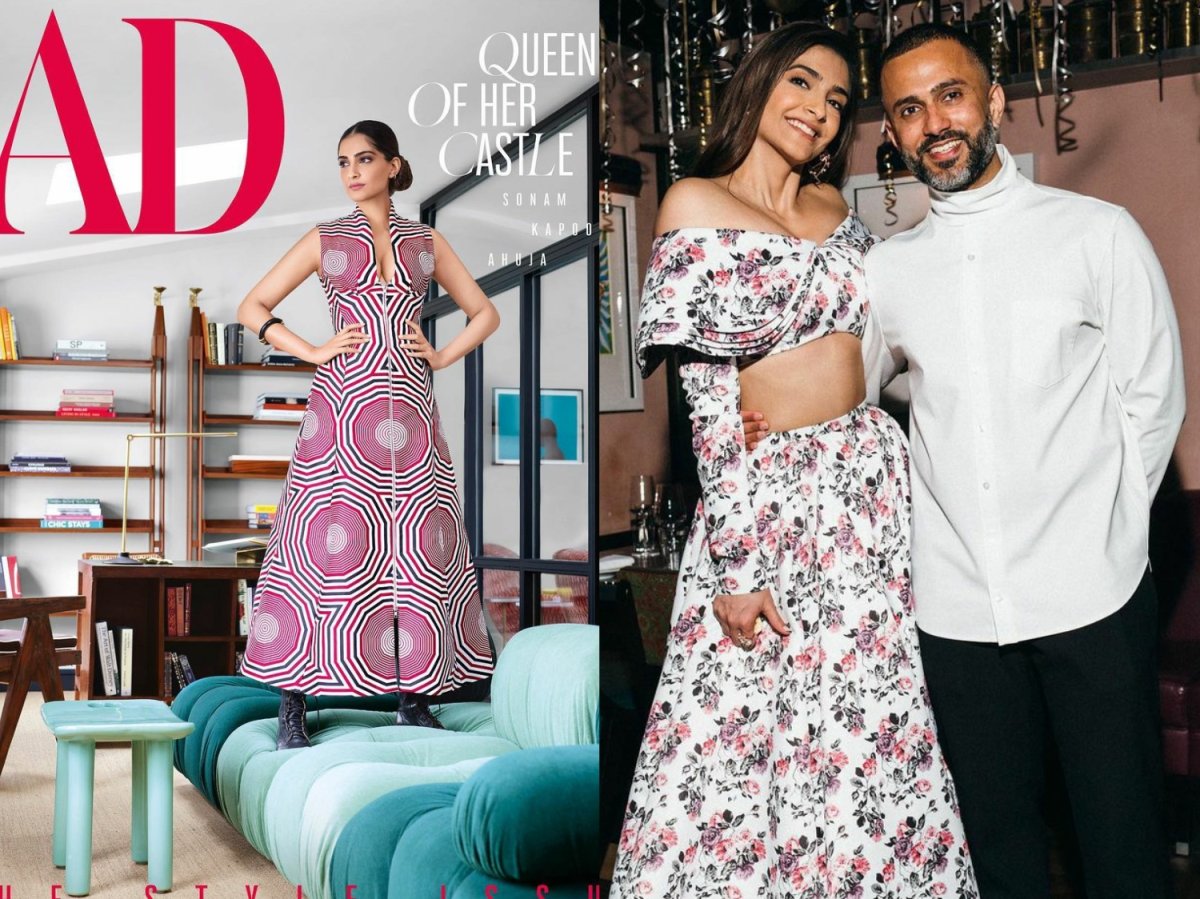 Reacting to the post, Anand wrote in the comments section, “This picture will always come to my mind whenever I sit on that couch now”, followed by a bunch of emojis. Sonam, responding to his comment wrote, “@anandahuja hhahhahahah.. sorry I stood on the new couch…”

Sonam Kapoor lives with her hubby in their London home which is the fusion of British architecture with the Indian aesthetic and richness. The outlet of the AD described the house as “a little bit of London, plenty of India”. Interestingly, the couple enlisted the help of Mumbai-based architect Rooshad Shroff for their apartment, 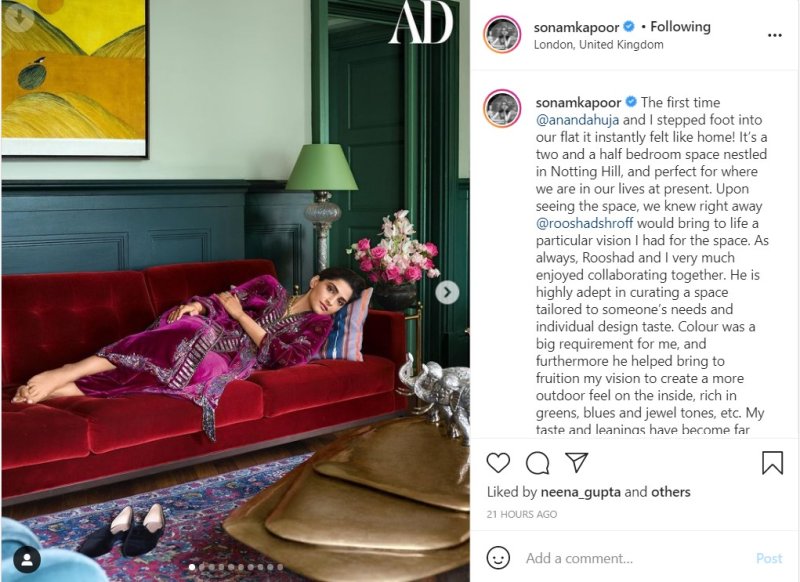 Sonam said “The first time @anandahuja and I stepped foot into our flat it instantly felt like home. It’s a two-and-a-half bedroom space nestled in Notting Hill. And perfect for where we are in our lives at present. Upon seeing the space, we knew right away @rooshadshroff would bring to life a particular vision I had for the space. As always, Rooshad and I very much enjoyed collaborating together. He is highly adept in curating a space tailored to someone’s needs and individual design taste. Being away from home can be hard at times. And so Rooshad did a marvelous job of marrying British architecture with the Indian aesthetic and richness. While India is my soul, London has my heart,” she added. Sonam will be next seen in Blind. She was last seen in the 2019 release The Zoya Factor. She also had a cameo role in Anil Kapoor and Anurag Kashyap’s AK vs AK, which had been released on Netflix last year.