Anushka Sharma and Indian cricket team captain Virat Kohli’s daughter Vamika are on social media these days. Anushka shared a cute photo of Vamika with her on Ashtami, which went viral. Now Papa Virat Kohli has posted a photo with Anushka and Vamika on Instagram, which has become viral on sight. This photo has got more than 8 lakh likes in just 30 minutes. At the same time, fans are commenting fiercely. 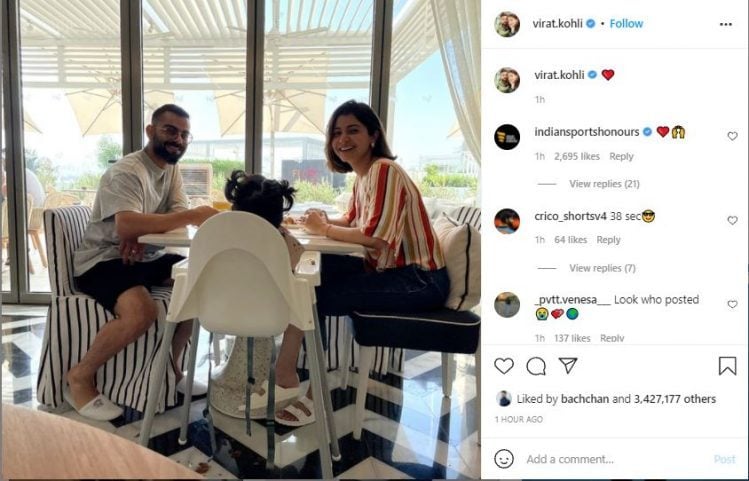 In the photo, little Vamika is seen having breakfast with father Virat and mother Anushka. A special chair has been installed for Vamika, whose height is high. Vamika’s back is towards the camera. Virat and Anushka are smiling and posing looking at the camera. Virat has not written any caption with this photo, just expressed his love for his daughter by making a heart emoji. Virat and Anushka became parents this year. 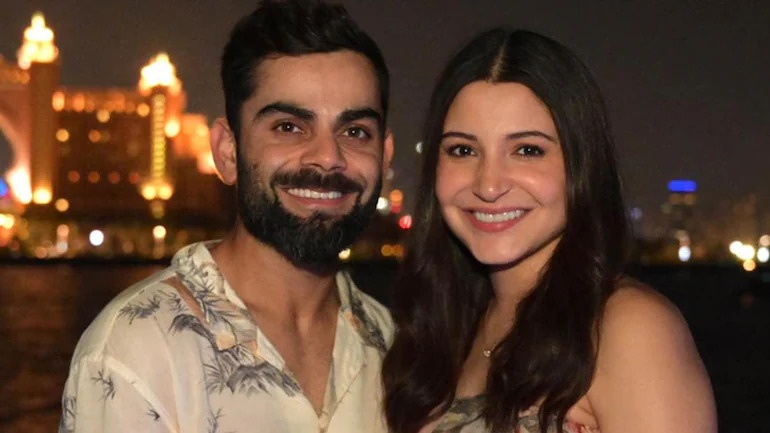 Let me tell you, Virat is in the news these days about the T20 World Cup. The first match of the Indian team is going to be with Pakistan, due to which there is tremendous enthusiasm among the fans of cricket. At the same time, talking about Anushka, she is currently busy in film production. Anushka started her film production company Clean Slate Films in 2015. Anushka’s first home production film was NH 10, which was a success at the box office and received good reviews from critics as well. Under her banner, Anushka produces low-budget films that are content-oriented.

India’s Millennial Sensation, Elli Avram Is The Face Of The Parimatch Company- Exclusive! 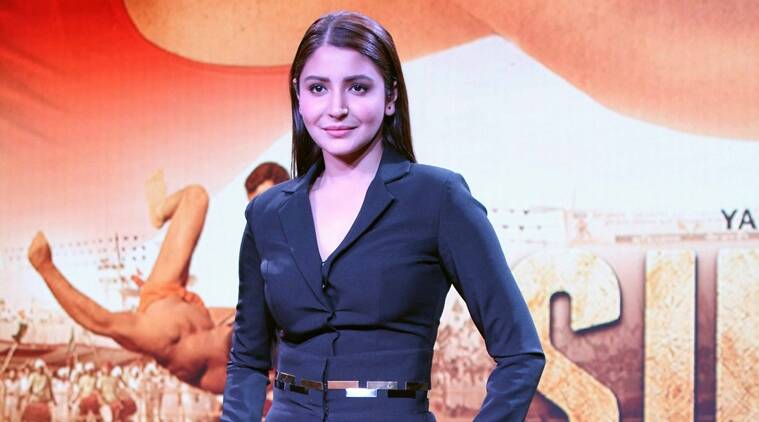 Anushka then went on to produce Phillauri, Pari, and Bulbul. Except for Bulbul, Anushka Sharma played the lead role in all the other films. Phillauri was a fantasy comedy film, while Pari Aur Bulbul was a horror thriller. Apart from this, Anushka also produced the web series Paatal Lok for Amazon Prime, which became very popular. Anushka’s film Kaala is currently under production, from which Irrfan’s son Babil will make his Bollywood debut.