NASA Shares A Post Pic Created Using A Series Of 53 Portraits, Can You Imagine What It Shows?

The latest NASA image shows the northern region of the Moon, which has been combined by using 53 different images, which were captured by Galileo spacecraft. If you are a frequent convert of the social media handles conserved by Nasa, you may be aware of the amazing images and videos they often share. There is now the latest growth to that list. It is a picture created using a series of 53 images. What do you think it shows? 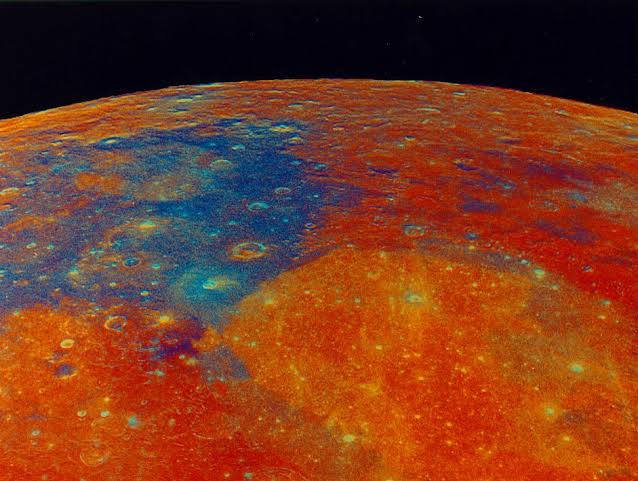 NASA shares a fascinating image made out of a series of 53 images:

The latest image shows the northern region of the Moon, which has been combined by using 53 dif erent images and shows a false color. The most enthralling part about the picture is that it was captured by a 3 decades old spacecraft, that is the Galileo spacecraft which was sent to Jupiter in December 1992. The spacecraft took the picture while on its way to Jupiter.

“The mosaic helps us see variations in parts of the Moon’s northern hemisphere. Bright pinkish areas are the lunar highlands, including the ones surrounding the oval lava-filled Crisium impact basin toward the bottom of the picture. Blue-to-orange shades indicate ancient volcanic lava flows. To the left of Crisium is the dark blue Mare Tranquillitatis, where Apollo 11 landed. It’s richer in titanium than the green and orange areas above it. Thin mineral-rich soils associated with a relatively recent meteorite or asteroid impacts are represented by light blue colors; the youngest craters have prominent blue rays extending from them,” they added. In the next few lines, they shared more information about the Galileo probe. 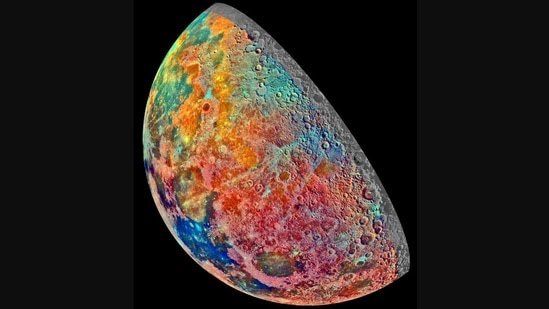 Moreover, NASA added, “The Galileo probe, named for the Italian astronomer who discovered Jupiter’s four largest moons, orbited the gas giant from 1995 to 2003. Its camera and nine other instruments helped scientists make numerous discoveries, including one that indicates the planet’s icy moon Europa likely has a subsurface ocean. Galileo’s successor mission, Juno, is currently exploring the Jovian giant to help us understand the origins of our solar system”.

NASA has shared over 14 hours ago, the post has gathered more than 1.9 lakh likes and the numbers are only increasing. The post has also accumulated tons of comments.

The National Aeronautics and Space Administration is an independent agency of the U.S. federal government responsible for the civilian space program, as well as aeronautics and space research.

NASA was established in 1958, succeeding the National Advisory Committee for Aeronautics (NACA). The new agency was to have a distinctly civilian orientation, encouraging peaceful applications in space science. NASA’s science is focused on better understanding Earth through the Earth Observing System.