As the Navratri celebrations are in full swing, many star-studded parties are happening in Bollywood. And one gathering which is grabbing headlines is of Kalyanaraman family. The owner of Kalyan Jewellers hosted a Navratri bash where big names from Hindi, Telugu and Tamil film industry like Nagarjuna, R Madhavan, Prithviraj Sukumaran became guests. But what caught everyone’s attention was presence of exes Katrina Kaif and Ranbir Kapoor under the same roof. The pictures from the event are going viral on social media. From the photos, it is clear that both Ranbir and Katrina maintained distance from each other and avoided coming face to face. But some netizens took notice of an image where Ranbir is supposedly staring at Katrina. Now, they are reacting to it in various ways.

A user wrote, “Ranbir be like gosh maine kyun iss se shadi nehi kya.” Another commented, “Ranbir ko dekho …nazar hi nahi hat rahi hai kat se.” A third user stated, “These two have such chemistry. Wish they would do a film together.” 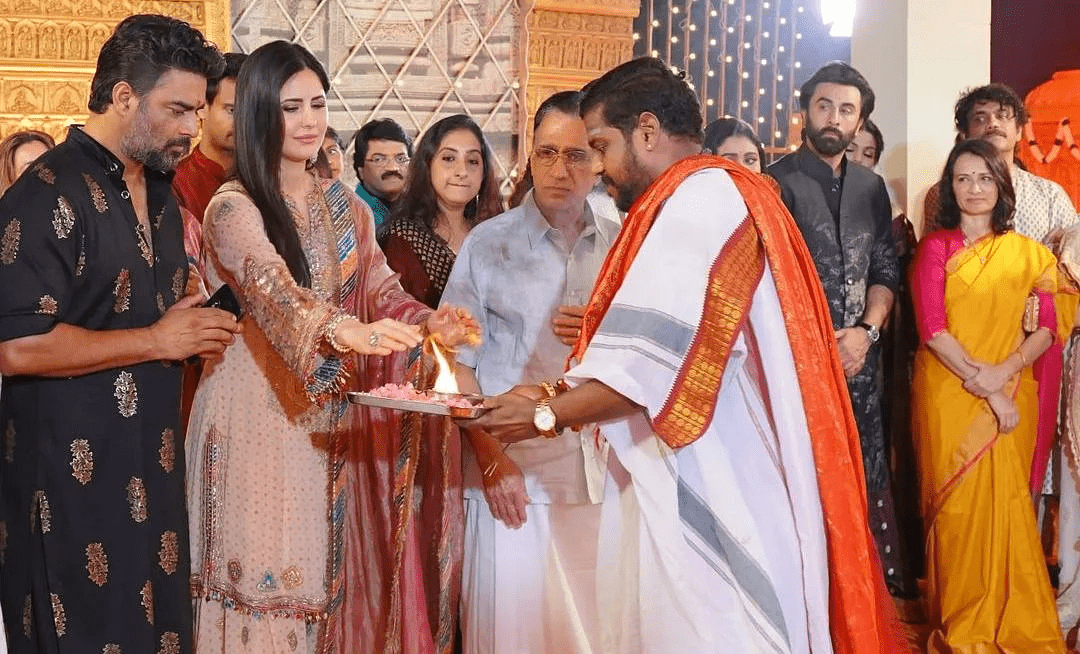 Ranbir Kapoor and Katrina Kaif called it quits after dating for almost five years, from 2011 to 2016. They have featured together in films like Ajab Prem Ki Gazab Kahhani, Rajneeti and Jagga Jasoos.

Cut to present, both these stars are happily married. While Katrina tied the knot with Vicky Kaushal in December last year, Ranbir took the plunge with Alia Bhatt in April this year.

On the work front, Ranbir is coming with Sandeep Reddy Vanga’s gangster drama Animal alongside Rashmika Mandanna, Anil Kapoor and Bobby Deol. Katrina, on the other hand, is gearing up for horror comedy Phone Bhoot opposite Ishaan Khatter and Sidhanth Chaturvedi.