Throwback: When Yo Yo Honey Singh’s Wife Shalini Clarified Rumors Of Shahrukh Khan Slapping The Singer

Popular singer and rapper Yo Yo Honey Singh is in legal trouble now as his wife Shalini Talwar has filed a case of domestic violence against him. Honey Singh has always been grabbing headlines for controversies. But did you know once reports alleged that Shahrukh Khan had slapped the rapper? Well, back then Yo Yo Honey Singh’s wife had come out in support of her husband and clarified all the rumors. 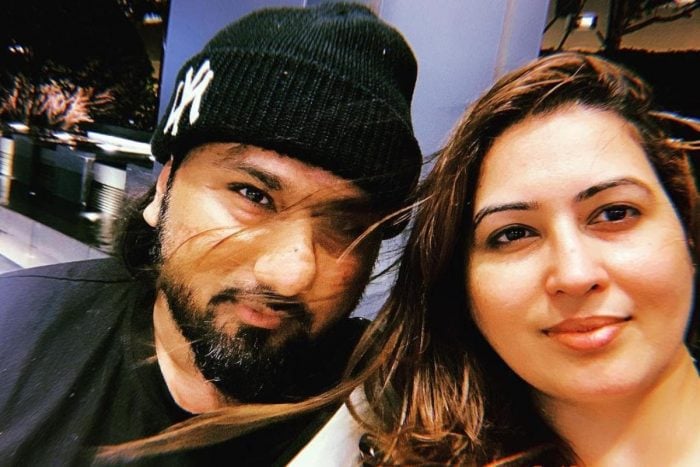 There were rumors that Shahrukh Khan slapped Honey Singh

Shalini Talwar while talking to Zee News jad said, “Why would he slap him? These are all imaginary stories. Yeh toh sab ko pata hai that Honey really respects Shahrukh Bhai, and Bhai also treats Honey like a younger brother. In fact, Shahrukh Bhai helped and supported us a lot. Doctors had advised Honey not to travel out of the country for the slam tour but he had given his word to Shahrukh Khan, so he went with him.”

She added it was just a rumor and nothing else as Honey Singh was forced to return to the country due to health issues. She added, “On the tour, Honey was on heavy medication for his BP, and he slipped and fell during the rehearsals and injured his back and head. He was thus forced to come back home. So, Shahrukh Bhai hitting him is just a rumor.”

Meanwhile, if reports are anything to go by and as per Instagram posts of Shalini, she had been dropping hints about the alleged domestic and emotional abuse for months. About the case, a lawsuit was filed on August 3, before Ms. Tania Singh, Chief Metropolitan Magistrate Tis Hazari Court against him under the Protection of Women from Domestic Violence Act. Following the same, the court has asked the singer/rapper to file his reply by the 28th of August.