Malaika Arora gave a big thumbs up to Kendall Jenner’s look from the Met Gala on Monday. Kendall Jenner arrived at the Metropolitan Museum of Art in New York in a sheer, bejewelled dress. Kendall Jenner’s gown was from Givenchy and inspired by Hollywood classic, My Fair Lady. Malaika called Kendall Jenner ‘stunning’ sharing her two pictures on her Instagram Story. 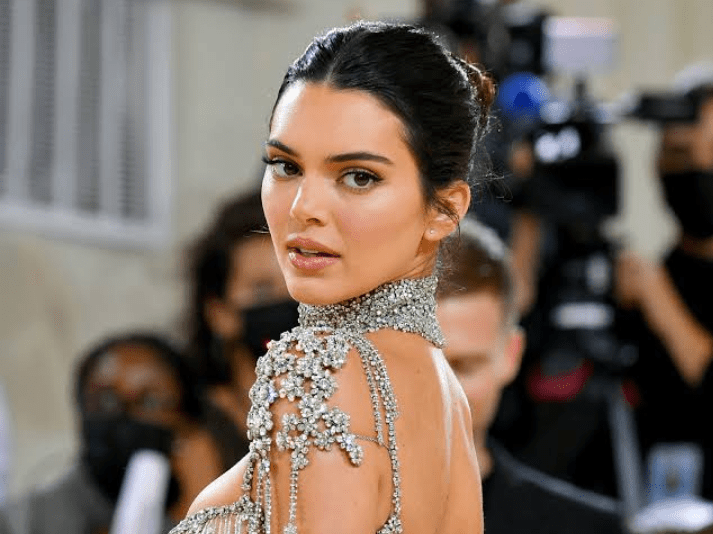 Kendall’s sister, Kim Kardashian’s look, however, confused Malaika and she asked, “What’s going on???”. Kim Kardashian was seen in a striking black face covering worn with a T-shirt dress, catsuit and boots. Even actor Kareena Kapoor Khan had a similar reaction to Kim’s outfit. “Ye kya ho raha hai” she wrote with a picture of Kim and designer Demna Gvasalia, who wore a match black outfit with the same face covering. 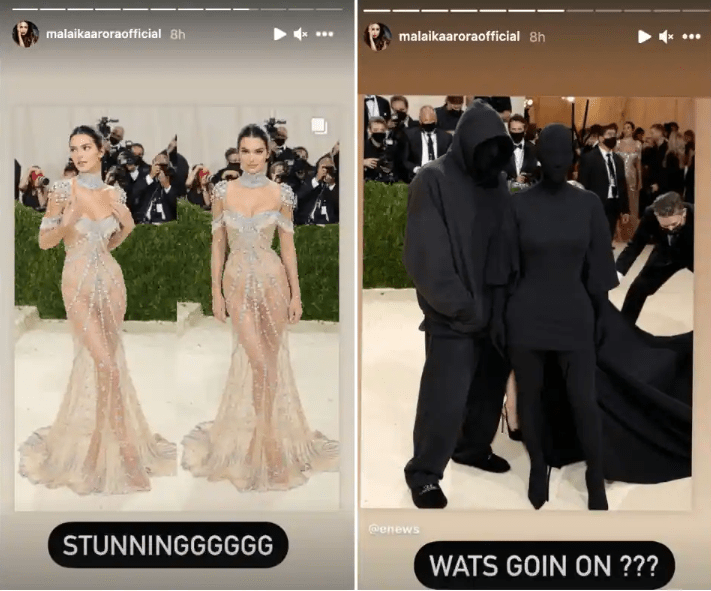 This year’s official theme of the fundraiser for the museum’s Costume Institute was American Independence. The gala, which raises money for the museum’s Costume Institute, was pushed last year from its traditional May berth and morphed this year into a two-part affair marking the institute’s 75th anniversary. It coincides with the opening of In America: A Lexicon of Fashion, the first of a two-part exhibition at the Met’s Anna Wintour Costume Center. 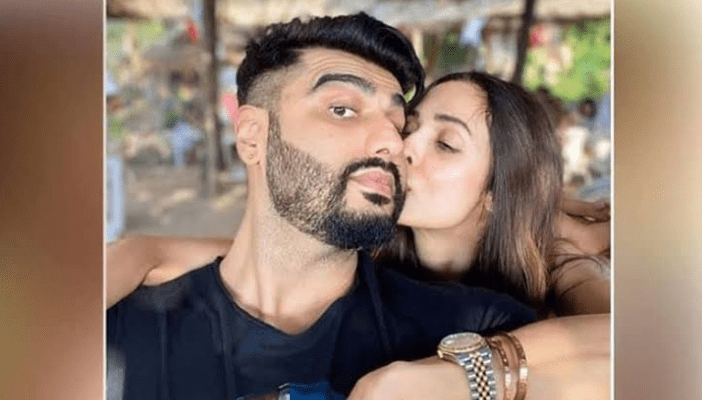 Malaika Arora is currently seen on Supermodel of the Year. She is joined by Milind Soman and Anusha Dandekar on the show. Malaika is dating Arjun Kapoor. She recently revealed that her son Arhaan, from her former marriage to actor Arbaaz Khan, is leaving home for higher studies. Sharing a picture with him recently, she wrote, “As we both embark on a new and unchartered journey, one filled with nervousness, fear, excitement, distance, new experiences… all I know is that I am super duper proud of you my Arhaan. This is your time to spread your wings n fly n soar n live all your dreams ….miss you already.”