One of Bollywood’s sexiest and most beautiful actresses is Malaika Arora. Malaika knows how to look stunning wherever, whether it’s in the gym or on the red carpet in a high couture gown. She is one of the fittest Bollywood actresses and her fans adore watching her show off her curves. The star, though, never skips a workout. She occasionally posts gorgeous pictures on Instagram and gives her followers a peek into her everyday routine. In relation to it, Malaika successfully completed an Instagram reel challenge. 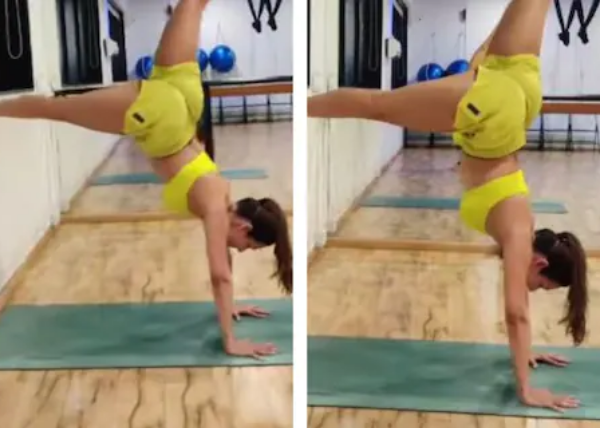 Malaika posted a video of herself showcasing her flexibility. She wore comfortable clothes in the video. While sharing the reel, the actress wrote, “Cannot not hop on this trend! Remix this reel and share your video with me. #trendingreels”.

More than 1.6 lakh people have liked Malaika’s most recent post after her trendy video went viral. Her followers soon flocked to the comment area with tonnes of love for the actress as she invited them to join the trend. “Fitness is everything, I am well inspired by you,” a user wrote. Another emphasised Malaika’s physical prowess in making the handstand appear effortless.

Malaika performed the trend effortlessly despite the fact that it did not appear to be that simple. For some people, the challenge did not go as smoothly, though. Model Gabriella Demetriades mentioned in her comment on Malaika’s video that she almost shattered her back while attempting the handstand. Malaika responded by writing, “Let’s do it together.” 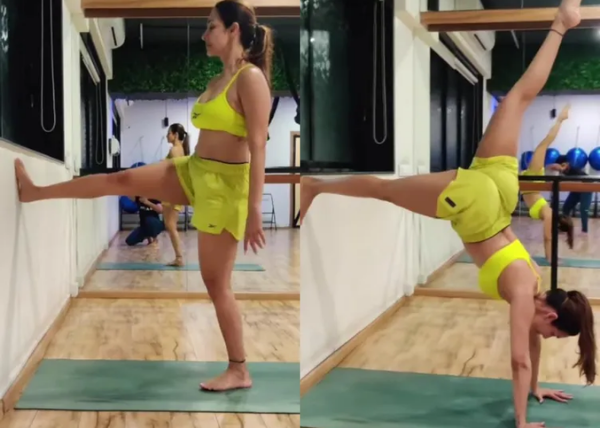 Malaika gave her fans advice on staying active earlier this year. She discussed the diet she follows to maintain her tone and emphasised the fact that she makes an effort to eat a full meal that includes all the vital elements a body needs.

Malaika Arora recently travelled to Paris with her beau Arjun Kapoor to celebrate the actor’s 37th birthday. During their trip, the couple figuratively “painted the town red” with their romance. The beautiful images and movies served as evidence. Fans were really happy to see these two spending time together, and even they made sure to reward all of their followers on social media with some stunning images.