Priyanka And Parineeti Chopra Mourned The Death Of ‘Bob Saget’, Known For Playing The Father On The TV Show ‘Full House’!

Popular television’s icon Bob Saget, known for playing single dad Danny Tanner on the sitcom Full House, died on Sunday. Several of his fans, including Priyanka Chopra and Parineeti Chopra have shared their condolences on social media. Sharing a news article that called Bob ‘the raddest, baddest dad’ on her Instagram Stories, Priyanka wrote, “End of an era. Rest in peace Bob Saget.” 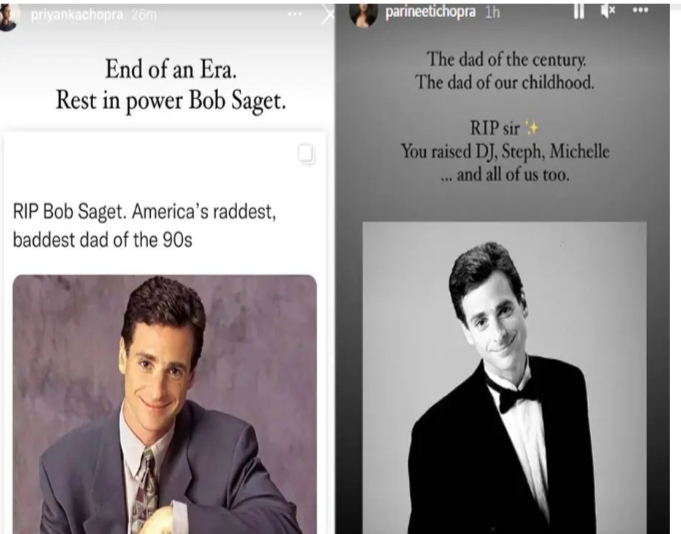 Her actor cousin Parineeti remembered Bob as ‘the dad of our childhood’. She shared a picture of the late actor on her Instagram Stories and wrote, “The dad of the century. The dad of our childhood. RIP sir. You raised DJ, Steph, Michelle… and all of us too.” Bob Saget was also known for being the wisecracking host of America’s Funniest Home Videos. He died at 65, while being on a stand-up tour. 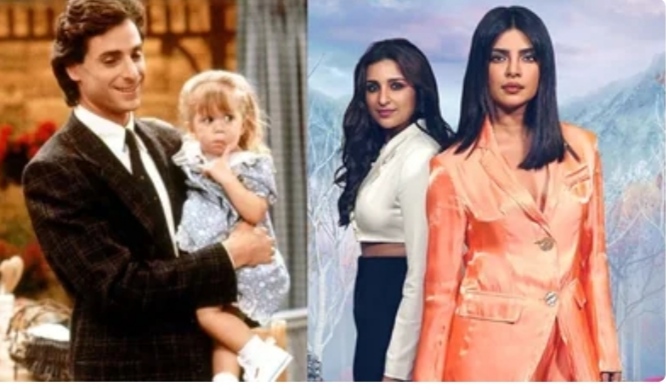 Deputies in Orange County, Florida, were called Sunday about an “unresponsive man” in a hotel room at the Ritz-Carlton in Orlando and found Bob dead, according to a sheriff’s statement on Twitter. Detectives found “no signs of foul play or drug use in this case.” Bob Saget was in Florida as part of his I Don’t Do Negative Comedy Tour. After warm audience receptions to his gigs Friday in Orlando and Saturday in the Ponte Vedra Beach resort area, he celebrated online.

“I’m back in comedy like I was when I was 26. I guess I’m finding my new voice and loving every moment of it,” he posted Saturday on Instagram.