Urfi Flaunts Her Curves In Transparent Outfit Covering Her Face, Trolled Fiercely By The Netizens!!

Actress and model Urfi Javed is often in media headlines. Urfi garners the most discussion because of her fashion and clothes. These days, she is seen doing new experiments in the matter of clothes. Urfi has once again dominated social media for her dress. Actually, this time she came out of the house wearing a net dress. With this, Urfi is wearing a mask like net on her face. Urfi’s look is looking very bold in this green color dress. And because of this users are seen trolling her fiercely. 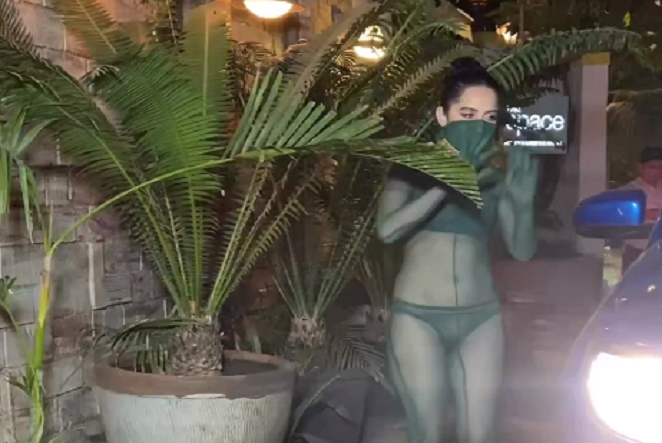 Urfi Javed has shared two pictures of her in this dress on the story of her official Instagram account. Apart from this, Viral Bhayani has also shared a video of Urfi on his Instagram account, in which she is seen wearing the same dress. Along with this, she is also wearing a golden necklace. It can be seen in the video that Urfi is seen posing in a cool style as always.

Because of this look of Urfi, users are seen taking class. At the same time, some people are also seen requesting her not to wear such a dress. One user wrote, ‘Hadd hai ma’am! You didn’t even leave the net. Another user wrote, ‘Why have you come in this avatar?’ One user wrote, ‘Don’t you feel cold?’ 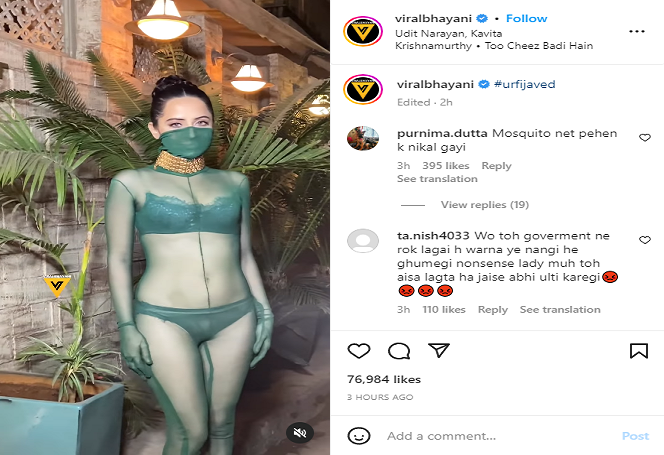 Let us tell you that this is not the first time that Urfi has created a sensation about her dress. Even before this, she has been doing such experiments. Urfi Javed has a great fan following on social media. She has 3.9 million followers on Instagram. This is the reason why her posts go viral instantly.