There’s no doubt that festivals bring happiness and togetherness to the family. This time, on the occasion of Eid-Ul-Adha, it was Saif’s family that made for lovely pictures for their fans. Saif’s daughter actress, Sara Ali Khan stunned everybody by sharing a picture with her half-baby brother, Jeh for the first time on her Instagram.

On the occasion of Eid on July 21, 2021, actress, Sara Ali Khan had shared a family picture on her Instagram to treat her fans. In the picture, versatile actor, Saif Ali Khan can be seen posing with his four kids, Taimur Ali Khan, Ibrahim Ali Khan, Sara Ali Khan, and the newest in the family, Jeh. Sara was seen sitting and holding tightly her baby brother, Jeh in her arms. However, the actress had covered Jeh’s face to maintain privacy. Sara Ali Khan had captioned the picture as, “Eid Mubarak May Allah grant everyone peace, prosperity, and positivity Inshallah hoping for better times for us all #staysafe #gratitude.” 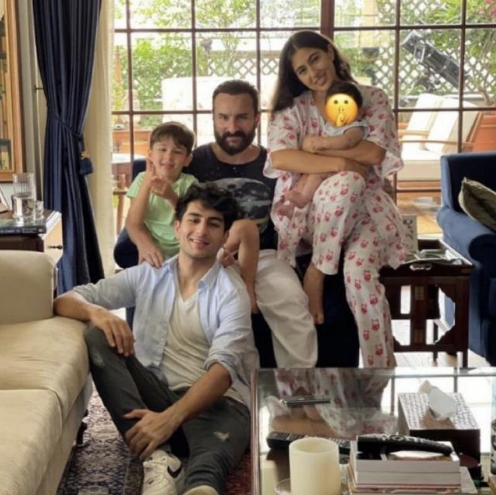 Sara Ali Khan had earlier visited Kareena Kapoor Khan and Saif Ali Khan’s second child after four days of his birth with lots of gifts. It was captured by the media outside the couple’s residence. Later, Sara Ali Khan in an interview with News18 had reminisced her first meeting with the newborn half-brother. She said, “He looked at me and smiled at me and I just melted. He is just a ball of cuteness.”

Saif and his ex-wife, Amrita Singh have two kids together, Sara Ali Khan and Ibrahim Ali Khan who were born in 1995 and 2001, respectively. Saif and Amrita were granted divorce in 2004 and the actor had tied the knot with his lady love, Kareena Kapoor in 2012. In 2016, Kareena Kapoor Khan and Saif Ali Khan got blessed with Taimur Ali Khan embarking on the journey of parenthood. In no time, Taimur became internet-sensation. In February 2021, the power couple of Bollywood had welcomed their second child, Jeh. This time, Saif and Kareena are making extra efforts to keep the face of their child away from the media.

As far as Sara and Ibrahim are concerned, they share a great bond with their half brothers. In fact, Sara once revealed that Taimur calls her ‘Gol’. Many a time Sara is seen celebrating the pious festival of Sister-brother bond, Raksha Bandhan with Taimur. Have a look at some their adorable pictures together. 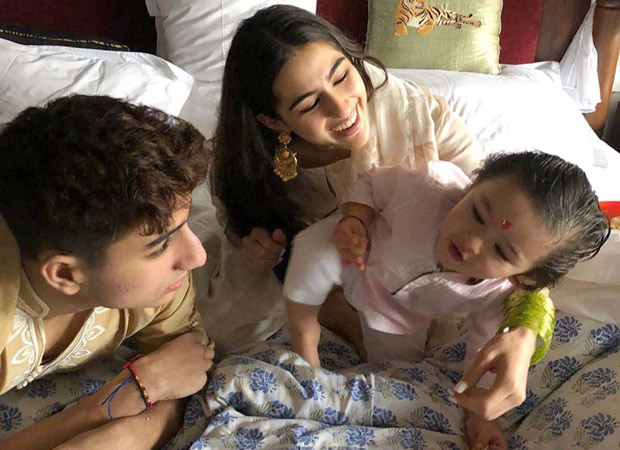 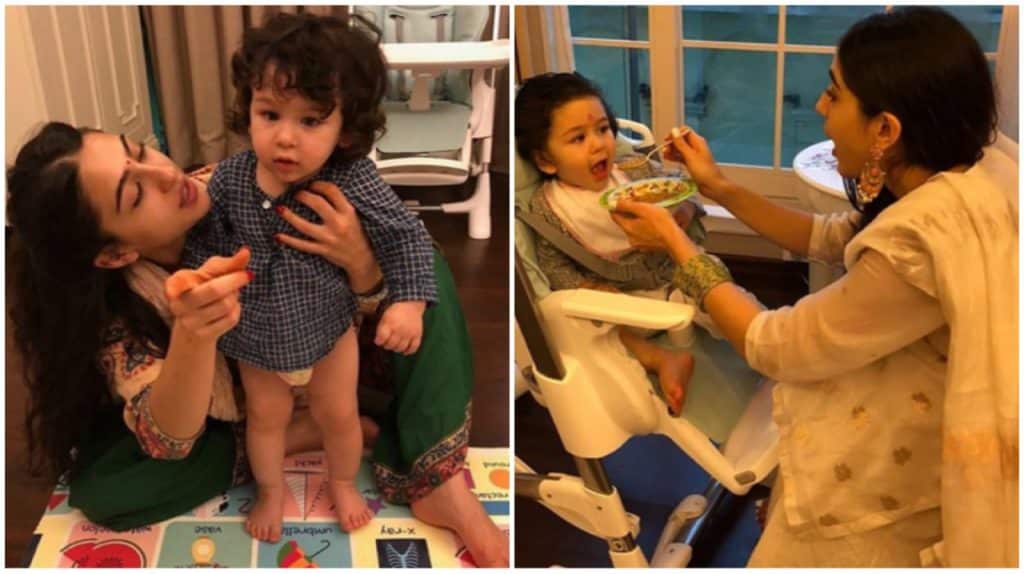