‘It Is A Wise Thing To Buy And Use Condom’, Says Helmet Actress Pranutan Bahl

Daughter of famous actor Monish Bahl, Pranutan Bahl is quite a star on social media. She is coming back to entertain all of us with her second release, a quirky comedy titled Helmet alongside Aparshakti Khurana. As per the teasers dropped so far, the film looks promising. The trailer of the same has been widely appreciated by the youth as well as critics.

The young actress, who is gearing up for the release of her film, is confident about its outcome. Speaking about picking up a film like Helmet, Pranutan elaborated, “Firstly the concept is so unique that it made me very eager as an artist to be a part of something which is never been done before. And secondly, I loved the world that the director Satram sir (Ramani) wanted to create. I felt like this is a world I want to be a part of. I was just very lucky that it was so different from Notebook and felt that this was something that would really add to my career graph.”

The film talks about a topic which is usually considered embarrassing to most of the people in our country. Pranutan believes that the film will hit the right chords and will surely put out an important message for society. “There is a beautiful social message in Helmet and what I love about the film is that it’s conveyed in a very funny manner. It’s hilarious so you gonna be laughing throughout but you’re going to learn something hopefully.” 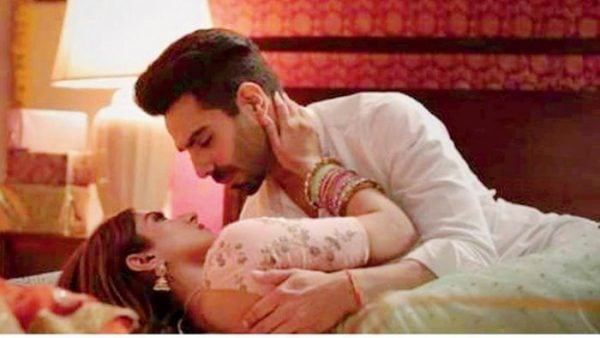 Bahl finds buying and using condoms a wise thing to do. She wants to break the taboo attached to it. Pranutan in her interview further added, ” A message in a very quirky manner I would say. And well my only hope is that people take away from it is that there shouldn’t be any taboo attached to mind while using a condom, because there is nothing wrong with it. In fact, it is a clever and wise thing to buy and use a condom.”

On being asked about whether the big gap between her first and second release hurt her in any way, she was quoted as saying, “Well, I remember the day I was going for this movie’s audition, I was really praying that I would get it. I was very intrigued with the subject and wanted to do this because I loved the script. We shot for this movie in 2019, a few months after Notebook. Back then I thought it would release sometime in mid-2020 but unfortunately, Covid-19 happened and my plans were messed up. So, yes, I thought after Notebook in 2019, Helmet would release in 2020 but Covid-19 played spoilsport. I was in fact quite happy that I am having two movies back to back in 2019 and 2020 but that wasn’t the case eventually. So, the delay was only because of this and nothing else. But yeah, I am happy it’s coming now. Better late than never. I hope the audience enjoys it”.

The actress also hopes that things should change for men and women equally, “I hope that people are not guilt-tripped for using condoms. When men go to the medical store or wherever to purchase it, they are looked down upon, shamed and it is 10 times or maybe 20 times more if a woman goes to purchase it. And I really hope that we stop them, stop the stigma and we stop shaming people in general and women 10 times more,” she exclaimed.

Pranutan made her Bollywood debut with a romantic drama titled Notebook. The film was released in 2019 and starred Zaheer Iqbal opposite Bahl. ‘Helmet’ is Pranutan’s second movie. The film deals with an unusual topic of ‘contraception’ in an entertaining, hilarious, and interesting manner. It also stars Aparshakti Khurana and Abhishek Banerjee.