Actress Kangana Ranaut knows how to be in the media headlines. She is often seen commenting on Bollywood stars. Once again Kangana is in the headlines. However, this time the reason is not his statement. Kangna is in news regarding weapon worship. Kangana celebrated the festival of Vijay Dashami in Mumbai. During this, he performed weapon worship with the soldiers. Kangana has also shared its pictures on social media, which are becoming quite viral. 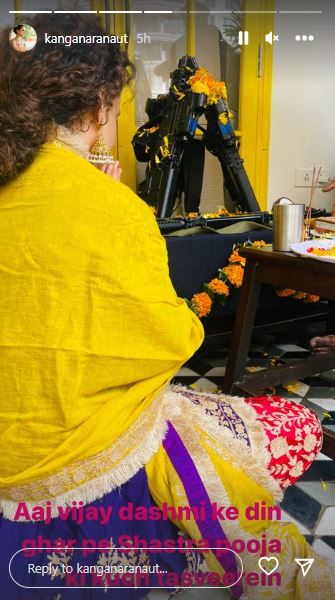 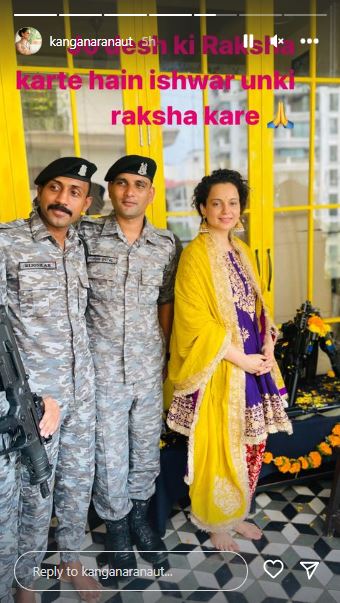 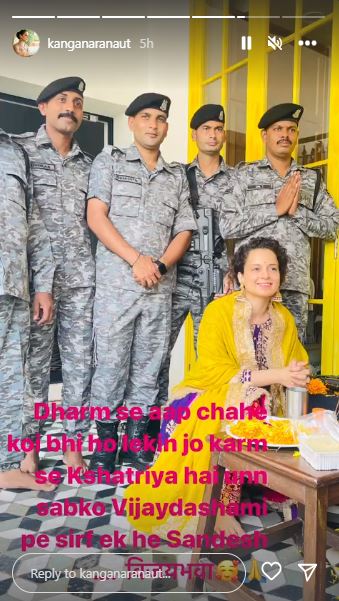 Kangana Ranaut has shared pictures from her official Instagram account. She has posted three pictures on his Insta story. In the first picture, she is seen worshiping weapons. In the second and third pictures, Kangana is seen with the soldiers. Kangana’s look in the pictures is looking very spectacular. She is looking amazing in yellow and blue outfit. Kangana completed her look with big earrings.Kangana has written wonderful messages with these pictures. Kangana has written, “Today, on the day of Vijay Dashami, worshiped weapons at home. Some pictures.” The second picture reads, “Those who protect the country, God protect them.” Apart from this, Kangana has written, “Whoever you are by religion, but all those who are Kshatriya by deeds, only one message on Vijay Dashami, may you be victorious.” 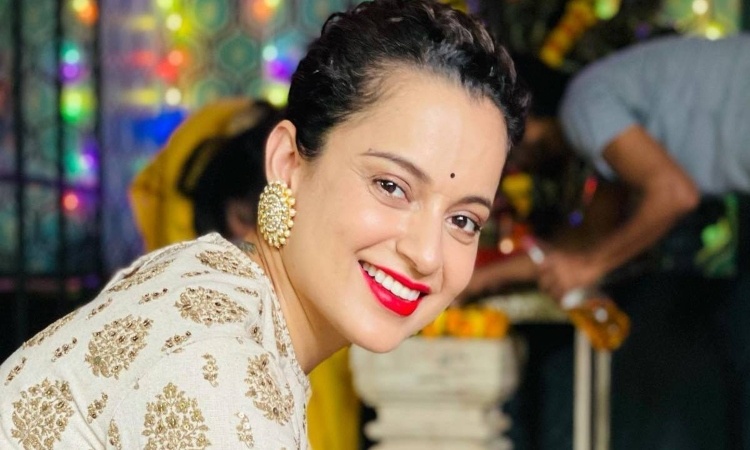 Let us tell you that there were reports in the past that Kangana Ranaut wants to enter politics. However, the actress denied this. She had said, “I have no plans to enter politics, I am busy shooting for my films. I am interested in politics, but only as an artist.” On the work front, Kangana will soon be seen in the film Emergency. At the same time, the actress was last seen on the big screen in the film Dhaakad released this year. Arjun Rampal, Divya Dutta with her in this film and Saswata Chatterjee played the lead role. Kangana’s film was a super flop at the box office.