Kapil Sharma & Rashmika Mandanna Will Be Seen Sharing Screen Space In This Film!!

While people are crazy about the smile of South actress Rashmika Mandanna, the fans of Kapil Sharma’s comedy are also crazy. If these two are together on the screen, then it will be great fun for their fans. And now the fans are very happy to know that Kapil Sharma and Rashmika Mandanna are ready to share the screen space together. Yes, both are going to be seen together in the same film. The information about this has been given by both the actors themselves through their social media accounts. The release date of the trailer of the film has also been announced.
Comedian and actor Kapil Sharma and actress Rashmika Mandanna will be seen together in the film titled ‘Mega Blockbuster’. Both have shared this information on their Instagram account. Along with this, it has also been told that on September 4, the trailer of ‘Mega Blockbuster’ film will also be released. 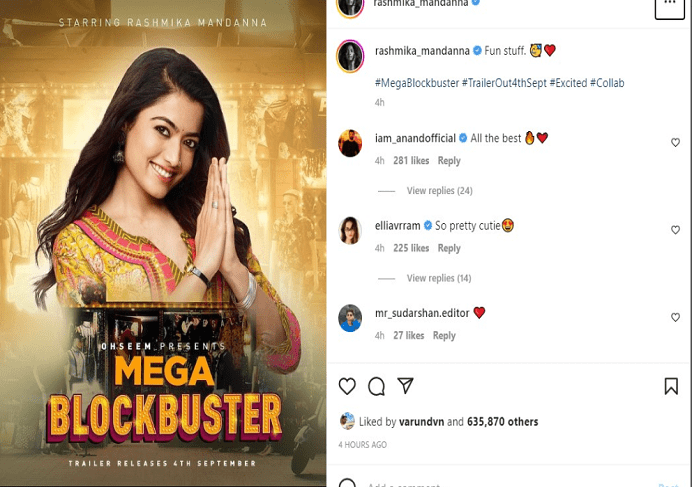 Kapil Sharma and Rashmika Mandanna, who have made their mark from small screen to Bollywood, are going to be seen together on screen, but no information has been given about what role they are playing in the film ‘Mega Blockbuster’. In the poster shared, Rashmika can be seen with folded hands like a politician, while Kapil Sharma is seen in an orange T-shirt and a blue printed blazer. 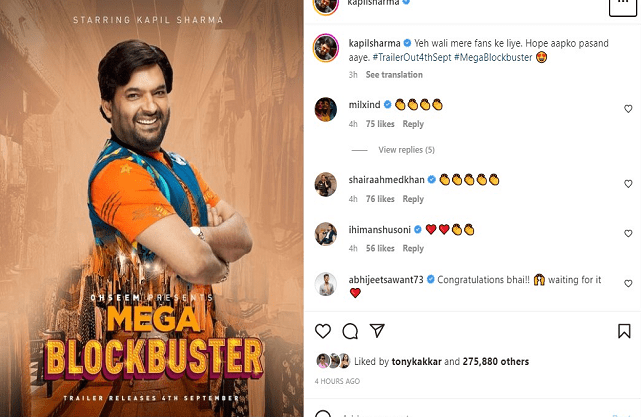 Talking about the work front, Kapil Sharma’s show ‘Comedy Night with Kapil’ is ready for streaming again. Talking about Rashmika Mandanna on the other hand, she will be seen in Pushpa 2 along with many Bollywood projects in her hands.