Kiara Advani is one of Bollywood’s chicest actors. The stunning actor never passes up on the chance to turn heads with her fashionable wardrobe, whether she is on the streets of the city, appearing in movie promotions, going to the gym or the airport, or posing on the red carpet.

And yet again, Kiara Advani surprised her Instagram followers with a stunning image of her posing for the lens in a skimpy black dress. Kiara looked as breathtaking as ever in a strapless, long, thin black dress with a plunging neckline. Her minimal makeup and open hairstyle enhanced her sexy appeal. And it’s not the first time she’s worn a black dress to ignite the flames in the hearts of her fans. 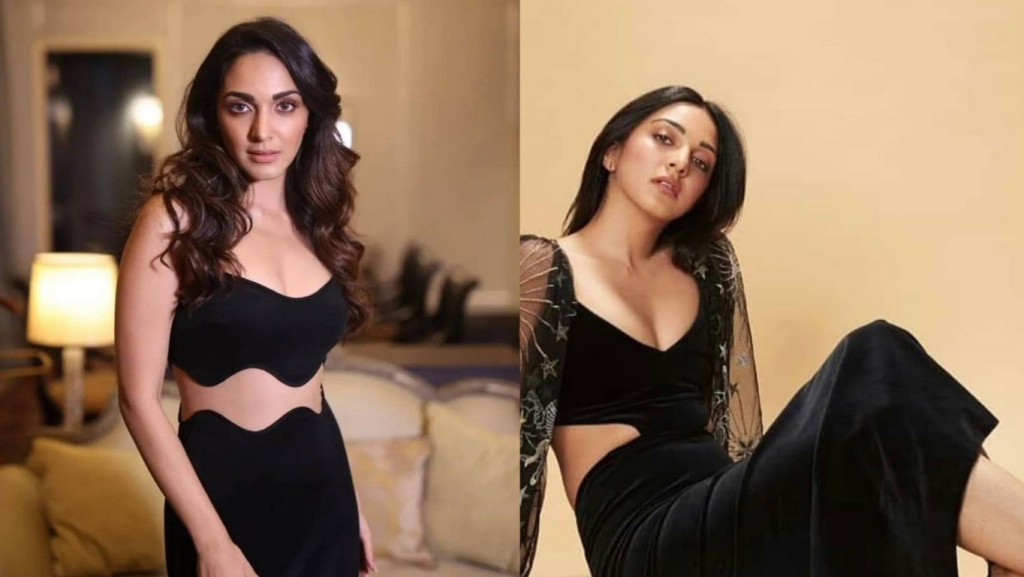 Her friends and followers heaped her with admiration in the comment section as soon as she posted the photos. One of her fans noted, “The word ‘beautiful’ is not enough to describe your beauty; a new word needs to be invented.” Another added, “Yarrr ye kitti osm heee.” 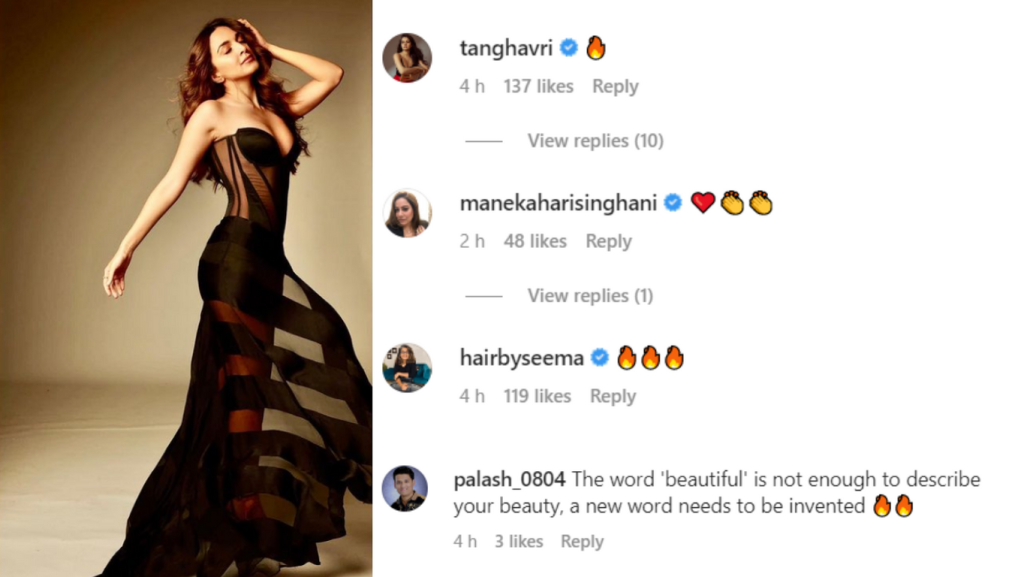 On social media and around the country, Kiara has a sizable fandom. The actress is highly active on Instagram, where she frequently shares videos and photos of her with her fans, who simply adore the stunning diva. She frequently hits the news because of her alleged romance with Sidharth Malhotra. Even though they haven’t publicly admitted it, their trips, PDAs on social media, and dinner dates reveal much about their hidden romance.

In the meantime, Kiara has many promising projects currently in the works, including “Satyaprem Ki Katha” with Kartik Aaryan and “Govinda Naam Mera” with Vicky Kaushal and Bhumi Pednekar. She will also appear in the official “Anniyan” Hindi adaptation with Ranveer Singh.

Have you guys noticed how aphrodite Kiara Advani looked in the body-con dress? Only we were able to reduce our carb intake. Ugh!

What do you think of her most recent appearance? Let us know in the comments section.