Director SS Rajamouli, who has proved his mettle all over the world with films like Bahubali and RRR, remains in the headlines for a different subject of films. The directors of The Gray Man, Rousseau Brothers have praised him fiercely in a virtual meeting organized about the language of cinema. The Russo Brothers tweeted about meeting SS Rajamouli in the meet and called him great. Russo Brothers wrote in their tweet, Such an honour to meet the great SS Rajamouli.

The honour and pleasure are mine..🙏🏼 It was a great interaction . Looking forward to meet and learn a bit of your craft. https://t.co/NxrzuCv1w3

After this, SS Rajamouli, reacting to his tweet, expressed expressiveness and wrote, It is a matter of honour and happiness for me. This was a great conversation. I am also looking forward to meeting you and learning your art. At the same time, these tweets of the Russo Brothers and SS Rajamouli are becoming increasingly viral on social media. In which both are seen as eager to learn each other’s respect and style. During his discussion with the Russo Brothers, Rajamouli at the virtual meet said, “Everyone enjoys a good story but I didn’t expect that I could make films for everyone or capture western sentiments. 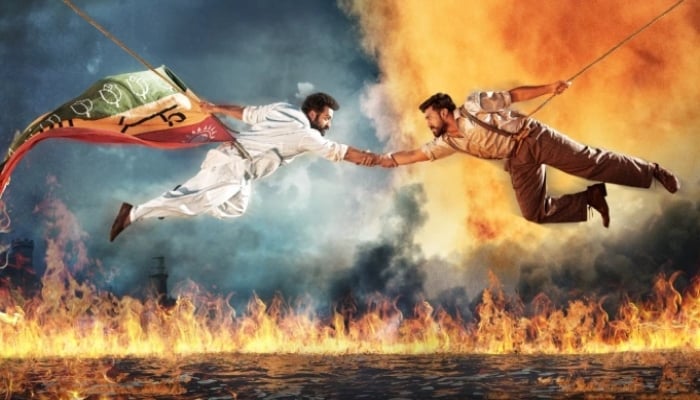 Let us tell you, RRR is a period fiction drama film directed by SS Rajamouli, starring Jr NTR and Ram Charan in lead roles. The story of this film is based on the lives of two freedom fighters Alluri Sitarama Raju and Komaram Bheem. The film, which was released in theatres on March 25, was produced at a cost of around Rs 300 crores, but the film has collected more than 1200 collections, earning a record break. After this Ramcharan also appeared in Acharya but this film flopped. Talking about his upcoming film, he is working in RC15.