Tejasswi Expressed Her Love By Going On Her Knees In A Show, Karan Hugged Her In Front Of Everyone!!

These days if there is a discussion about any couple on the small screen, then they are Tejasswi Prakash and Karan Kundrra. This hot couple often comes together and the media follows them everywhere they go. At the same time, this week Tejasswi Prakash will be seen on the sets of Dance Deewane Junior. Karan Kundra is hosting this show, so when Tejasswi reached the stage, the atmosphere became completely romantic. 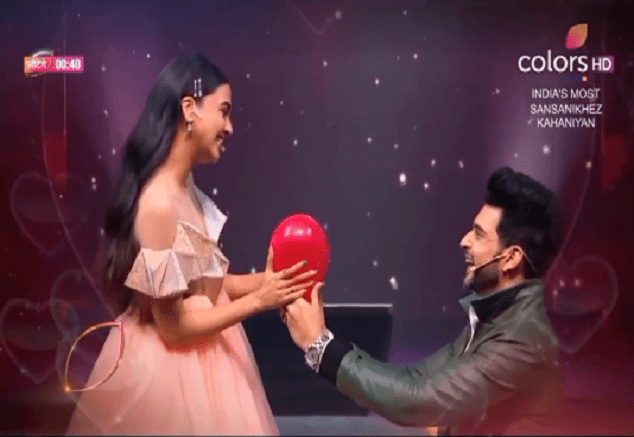 Usually, only boys have been doing this work in love, if the girl has to tell her heart out, then what better way than this could be. Sitting on one’s knees, and expressing Izhar-e-Ishq is something on another level. But this time 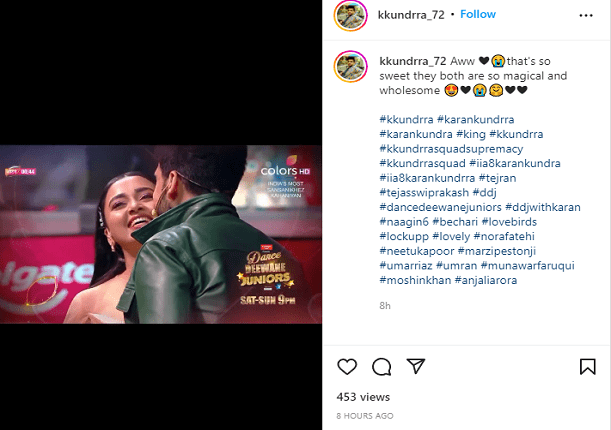 Tejasswi Prakash did this work for Karan Kundra. Karan Kundrra has shared a video of the show on his Instagram in which Tejashwi is performing for Karan on a romantic song on the sets of Dance Deewane Junior. At the same time, when Karan comes on stage, she sits on her knees in front of him and gives him roses. Seeing this, Karan hugs her and expresses his love for Tejasswi. 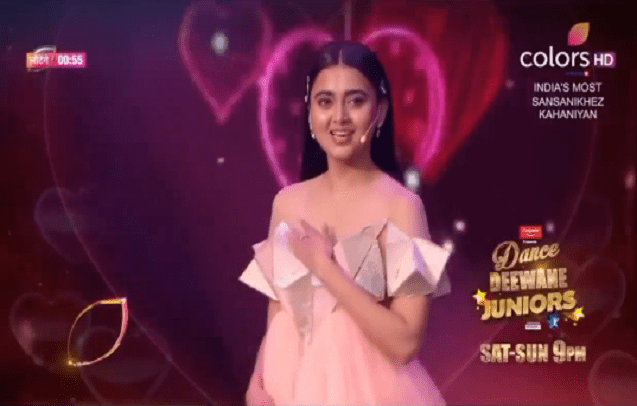 The love story of both started from the last season of Bigg Boss in which both Tejasswi and Karan took part. There was a lot of discussion about their bonding in the house and both were in love with each other till the end of the show. Tejasswi is Marathi and Karan is completely Punjabi, yet both of them loved each other and adopted everything related to each other. This is the reason why they are discussed a lot. In Bigg Boss 15, where Karan was out shortly before the finale, the show was won by Tejasswi Prakash.