Tejasswi Prakash and Karan Kundrra remain the hottest couple in Telly Town right now. The two fell in love inside the “Bigg Boss” house, and their bond became stronger after that. The pair have a huge fan following and are called “TejRan.” Tejasswi and Karan never shy away from publicly expressing their love for each other. But, it looks like wedding bells are about to ring soon, as Tejasswi Prakash recently shared a video of herself in a gorgeous red saree. 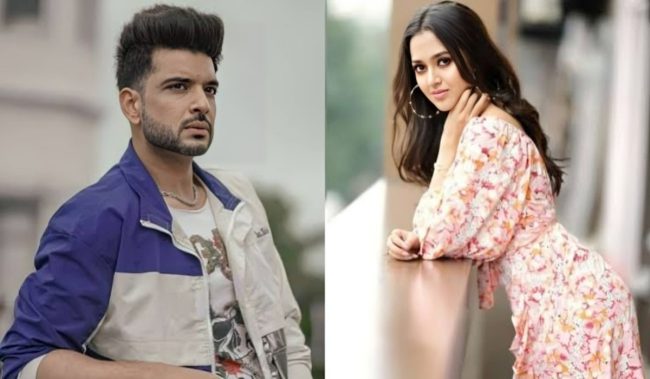 It seems like Tejasswi Prakash has started preparing for her dream wedding with her boyfriend Karan Kundrra. She has already found her wedding anthem. Tejasswi shared a reel video and recreated Ananya Birla’s popular song “Teri Meri Kahani.” In the video, the actress is seen dressed as a bride by wearing plenty of bangles, heavy earrings, and maang tikka, and with all this, she appears as the ‘perfect dulhan.’

Tejasswi shared the video, saying that she has found her wedding anthem. She also said that she imagines Karan during the song. Tejasswi captioned the video: “I really loved this song and Ananya Birla’s voice. I have found my new wedding anthem. This song makes me think of you, Karan.” 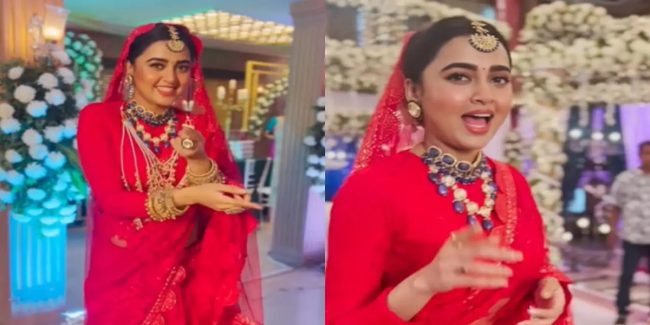 It is worth noting that, in the house of “Bigg Boss 15,” Tejasswi Prakash and Karan Kundrra first got involved with each other romantically. And, after the end of the show, their relationship has often made the news. Many rumours have also been created regarding their marriage, but Tejasswi and Karan have insisted that the wedding will take place when the appropriate time comes. In one of the videos that recently became popular on social media, Tejasswi and Karan can be seen kissing each other while riding an escalator. Tejasswi is coming down and Karan is going up on the escalator as they do the lip lock.