The romance between Hrithik Roshan and Saba Azad has reportedly been going strong for some time. Hrithik and Saba don’t miss out on an opportunity to paint the town red with their mushy relationship, hanging out frequently and supporting one another. The power couple is currently in the news after Saba posted pictures from their trip to London on social media, showing how much they are enjoying themselves. 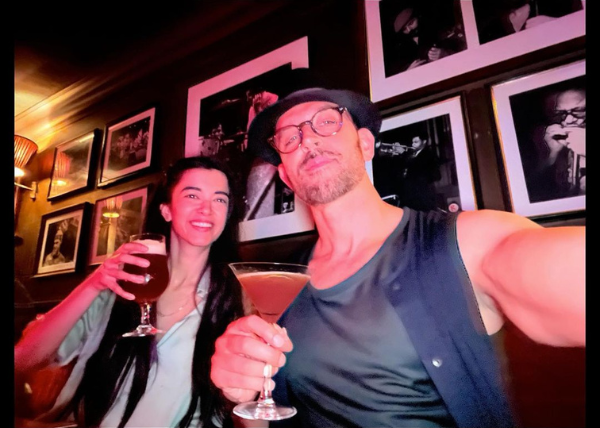 Saba posted pictures of herself having fun at a restaurant outing with Bollywood’s Greek God on her Instagram page. In the first image, the power couple was seen sipping on their respective beverages while taking a brief selfie. In another Hrithik-shot video, Saba is seen taking in a performance at the eatery. In the final photo, the couple was posing outside the restaurant and showing off their silly side. Saba had captioned the post as, “Where the jazz cats at??” Pashmina Roshan, a cousin of Hrithik, commented on the post with the words “Jaazatastic” and heart emojis.

Last week, Saba uploaded a photo of herself that she had taken from a cafe outside and credited Hrithik with taking it. She was photographed at the cafe sitting with her back to the lens, captioning the image, “Not a selfie, not my coffee. Image by @hrithikroshan.” 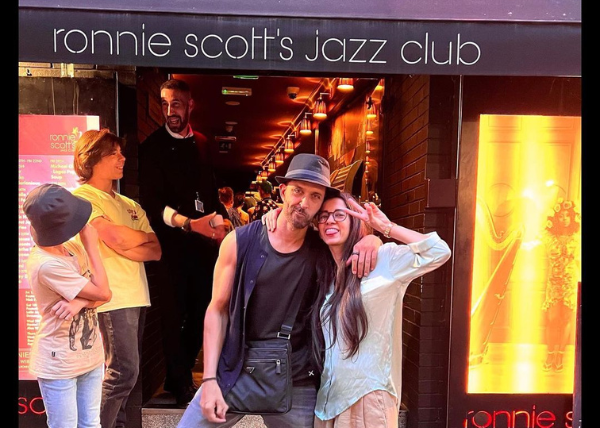 Saba is a singer and an actor. Bollywood movies like Detective Byomkesh Bakshyi, Shaandaar, and Karwaan featured her work. Now, she will appear in the drama Minimum, playing the part of a French girl.

On the work front, Hrithik is currently anticipating the Vikram Vedha movie’s release. The film, an adaptation of the Tamil neo-noir action thriller, also stars Saif Ali Khan and is set for release on September 30. In addition, Hrithik will make his first appearance onscreen alongside Deepika Padukone in Siddharth Anand’s film Fighter. On September 28 of the next year, the movie will be released.