On Tuesday evening, Shahrukh Khan’s fans began tweeting in support of Aryan Khan and used the hashtag ‘We stand with Aryan Khan’. 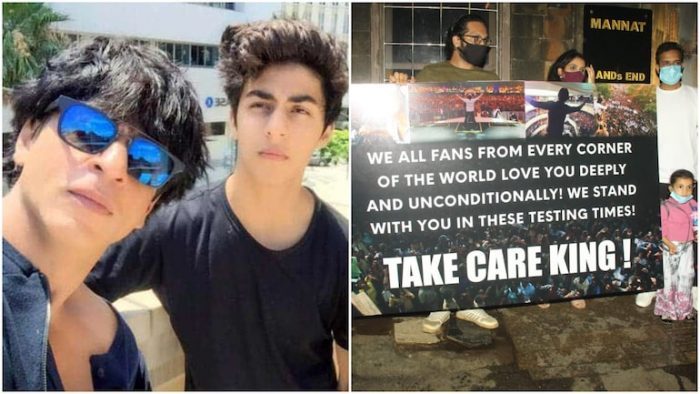 After Aryan Khan was detained and arrested by the NCB in a drugs raid case, fans have been pouring out with support. Not just on social media but even offline, fans have been thronging to SRK’s residence in Mumbai in Mannat to express their solidarity with the actor. 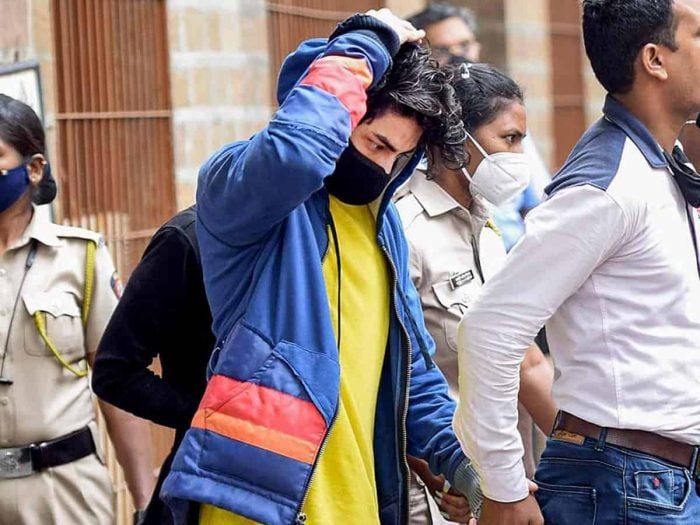 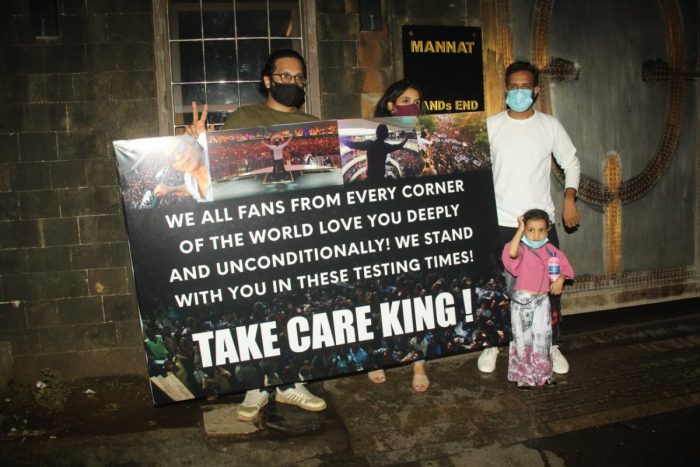 Offline, Shahrukh Khan’s fans reached Mannat and placed a printed poster outside the main gate of his bungalow. The poster was a collage of SRK’s photos and a message that read, “We all fans from every corner of the world love you deeply and unconditionally! We stand with you in these testing times! Take Care King.” The image was shared by Shahrukh Khan Universe Fan Club on Twitter, which SRK also follows.

Earlier, Shahrukh Khan’s film industry friends also voice their support for him. His Kabhi Haan Kabhi Naa co-star Suchitra Krishnamoorti said in a tweet, “Nothing harder for a parent than seeing their children in distress. Prayers to all.” In a follow-up tweet, she added, “For all those targeting #Bollywood remember all the #NCB raids on film stars? Yes, nothing was found and nothing was proved. #Bollywood gawking is a tamasha. It’s the price of the fame.”