On the outside, it might seem that star kid have it all. But if you take a peek inside their lives, you’ll notice that it isn’t easy being one. Not only do you have to carry the burden of filling into your star parent’s shoes, but you are also under the constant scrutiny of the paps. Among the many star kids who’ve become a focal point for the paps, Shahrukh Khan’s daughter, Suhana Khan certainly tops the list.

Ever since she made her appearance as a teenager with daddy in an orange body con dress, she has become a favourite of the media. All her appearances become news and every time she steps out, it becomes headlines. In fact, her social media posts are also not spared. She is slammed mercilessly by the trollers and is a regular target for them. On September 4, 2019, another picture of Suhana went viral on the internet and then trolled. In the picture, Suhana was seeing brightly smiling in a cream coloured top. Have a look at the picture that was taken in New York:

As beautiful she is looking in the picture, she was wearing a revealing top and that is what took everyone’s attention and she got trolled. Instagramers doesn’t like it. As one user commented, “Dear you are Muslim so please must be covering your body”, another penned, “Don’t try to show your body parts always. Be normal too. You will look amazing if u wear decent clothes.” Have a look at the comments made by the trollers: 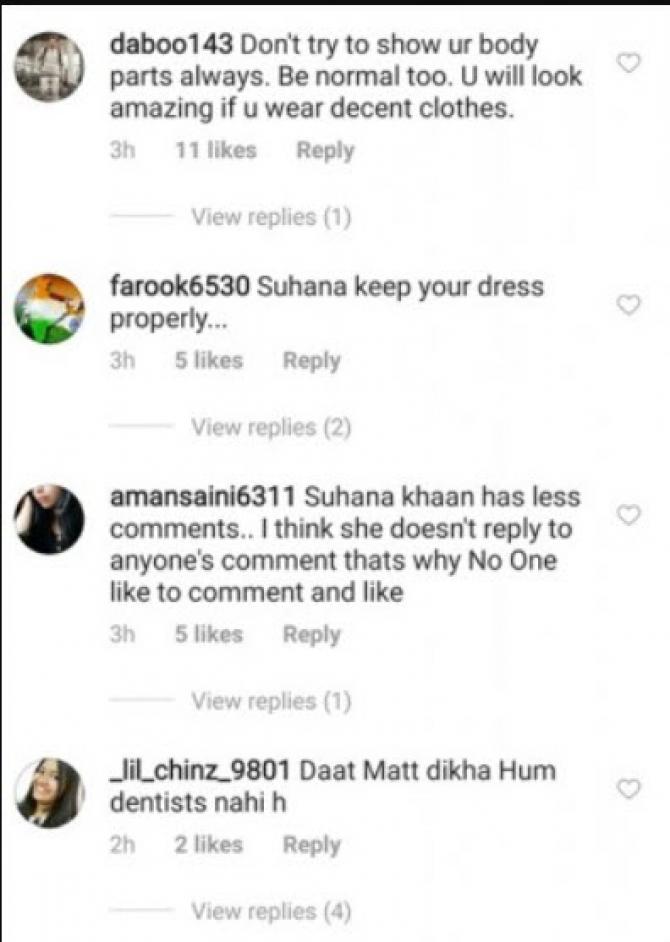 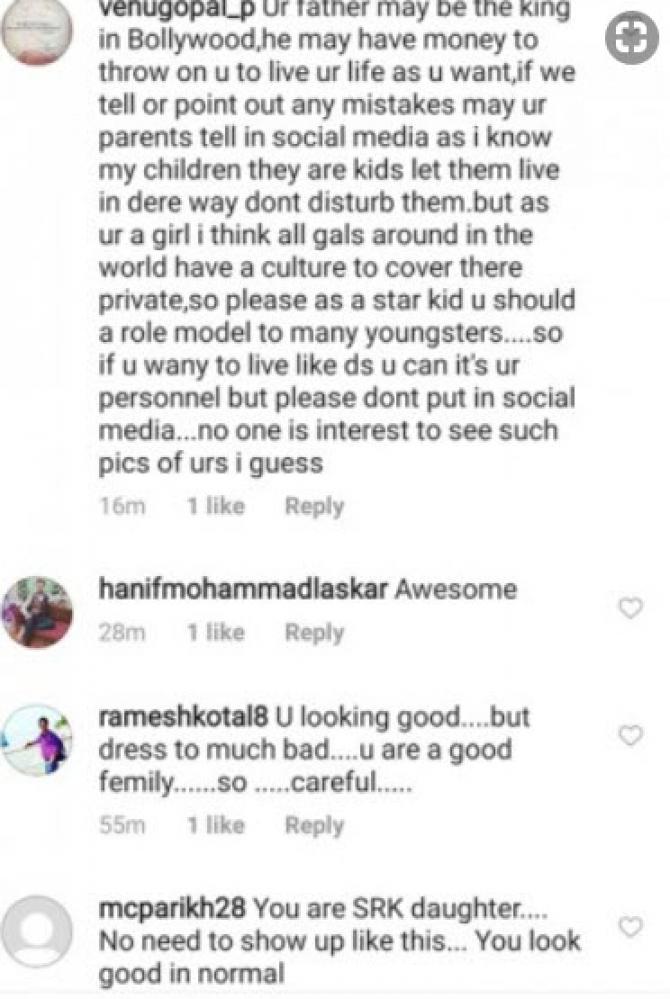 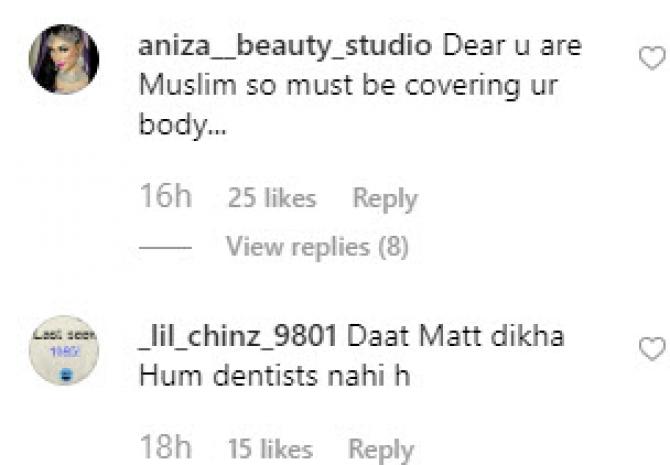 Sometime back, Suhana shared about her reaction to trolling while talking to the Vogue. She was quoted as saying, “At home, things are normal, and everything is cool, but the challenges are outside. I still find it hard because people feel like they can judge you. Especially on social media.” She had further remarked, “Pictures from my private Instagram account get leaked. There are so many people talking about you. They don’t know you, and they don’t know what they’re talking about, but they’re just talking. And that can mess with your self-confidence. I keep telling myself that haters are going to hate, but I can’t honestly say that I don’t get upset by it. It’s annoying, but I keep telling myself other people have bigger problems.”