Former IPL chairman Lalit Modi created a flutter on the internet a few weeks back by announcing his relationship with Bollywood actress Sushmita Sen. There was an uproar on social media after the romantic pictures of both of them surfaced. Now, a few days after the announcement, the Bollywood actress has stunned her fans with a video of her diving into the Mediterranean Sea. But, what caught everyone’s attention was Lalit Modi’s comment on Sushmita Sen’s hot video. 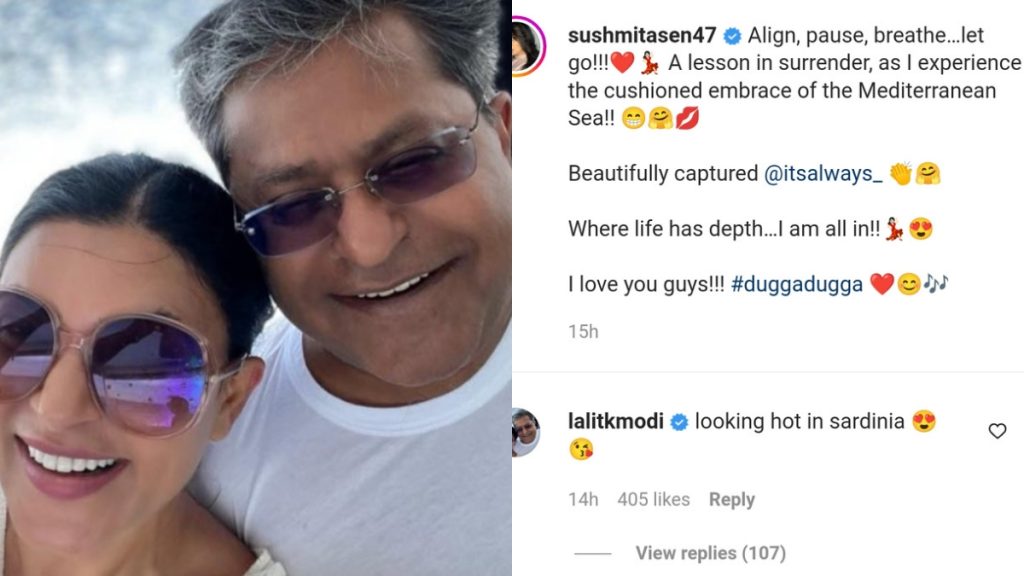 The former Miss Universe shared the video on her social media account and wrote: “Wake up, stop, breathe… Come on!!! Give it up and learn from it. This is how I enjoy the Mediterranean. The video is very similar to what she said:” Where there is depth in life, you are always ready. “I love you so much.” 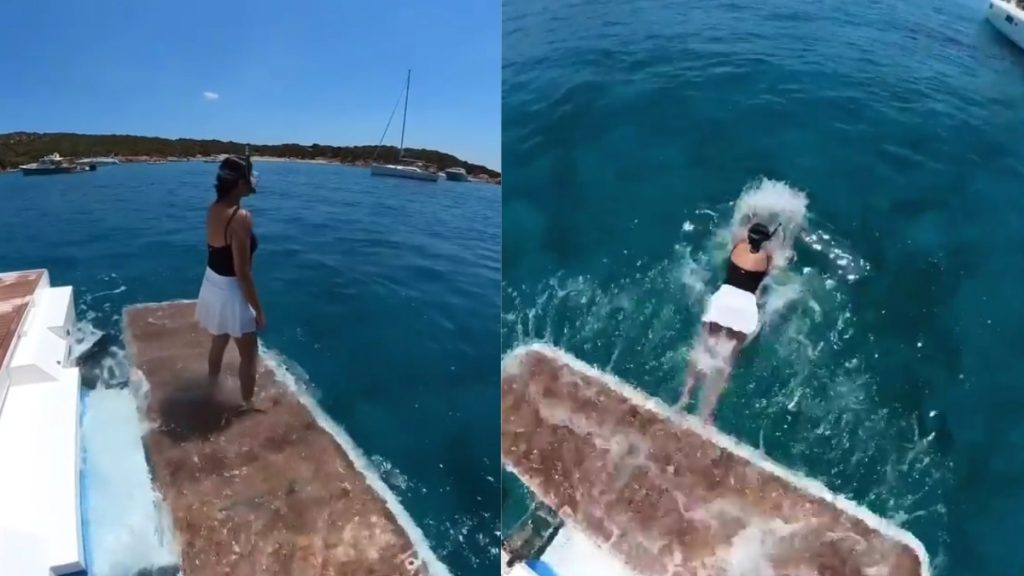 In this video, Sushmita Sen is seen wearing a black noodle-style strap top and white skirt. The actress is seen wearing a low bun made diving goggles. Sushmita Sen’s boyfriend Lalit Modi has also praised her look. He wrote in the comment section- “You are looking hot in Sardinia”. Along with this, he has made a heart and kisses emoji in his eyes.

Let us tell you on 15 July Lalit Modi announced his and Sushmita sen’s love on Twitter by sharing four pictures in which they were seen romantic with each other. 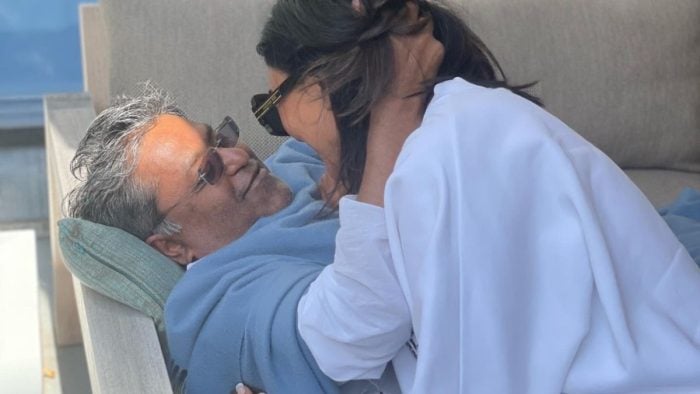 As soon as he shared the photos there was a ruckus on social media and media about their relationship. Some started trolling Sushmita saying Gold digger while some supported her for this decision. After facing so many trolls, Sushmita herself replied to trollers by sharing a note that she prefers diamonds and still she buys them herself. Sushmita requested fans to focus on their work and let her live with love and peace.